No, this is not Sun-Tzu or Clausewitz for cats. You may be thinking big wild cats, but no, this is my cat Pandora.

I’ve written about Pandora trying to eat me before. That hadn’t stopped, and sometimes the nibbling would begin at two a.m. There is no way she’s being fed at that hour. I will compromise at four a.m. Because during the week, I have to be up at five-thirty. 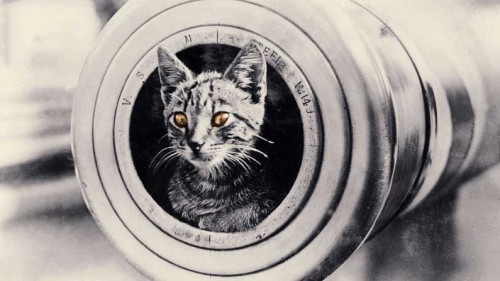 I’m compromising with a cat? We’ll see about this. I decided to try an experiment in chemical and psychological warfare. With a cat.

The chemical? Either Vicks Vapor Rub or Ben Gay.

The first two nights, the chemical part worked. The psychological part created one angry cat. Pandora is a sight, when she wrinkles her nose in disgust.

On night three, I didn’t use the smelly products, but she still avoided me. On night four, which was last night, instead of biting me, she put her claws out and slapped me.

While I ate breakfast, Pandora glared at me. I’ve been on the wrong side of a Sicilian stare before, but not from my cat.

I am waiting to see how this ends up. Will I win? Will PETA come looking for me? Will the ASPCA have me as the first person brought to court with cameras from all over, and me in shackles?

No matter. I will sleep with one eye open.