The Economy – Money – Jobs.
Your Future, and the future of our youth. It’s filling the minds of everyone these days, especially during this super-heated political election.

People are more concerned than ever about what their future holds, and rightly so. Millions are looking for work, or have stopped searching at all with little hope. It isn’t the America I grew up in, and one in desperate need of a new direction. 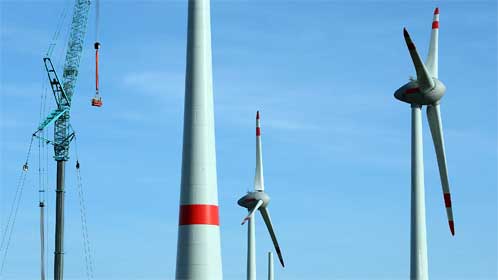 America was founded on self-reliant, entrepreneurial principles. A nation where people are free to dictate their own future, create their own jobs, and look out for themselves, #1.

So, I say to so many who are slogging through the want ads, constantly updating their resumes, and praying for the phone to ring with a cherished job offer: Look in the mirror, and think about creating your own destiny.

God gave you an imagination; he wants you to use it, and tap into its fullest potential.

It’s easy to say; just start your own business, right? But, sit back for a moment and imagine what it could be like making a living doing something you actually enjoy doing.

To set your own hours, be your own boss, control your future, to create something from nothing and hopefully see it grow. Honestly, it isn’t easy.

It can be one of the hardest, most challenging things you’ll ever do. But, it can also be the most liberating and rewarding, freeing you from the shackles of an uncertain economy.

In my early twenties, I started, operated, and later sold a successful service business. Years ago, I entered into real estate until the market turned south. Last year, aside from my normal job, I wrote my first novel as an unknown writer and have sold more copies than I anticipated. Have I made a fortune, being able to retire among long, lazy mornings inside my Maui Beach Home? No.

But, with each venture I’ve undertaken I was able to do something I loved doing; to create, to feel the freedom of expression, to manage what I did when I wanted to do it, and most importantly, to operate outside the control and authority of others. I’ve experienced both, the achievement of success and disappointment of failure. But, carving out your own destiny can do wonders for your inspiration and psychological well being.

So many are becoming way to dependent on government for their needs. They’ve lost hope as the politicians argue, fight, and do away with policies trying to get our country’s fiscal house in order. One in six now live in poverty, millions upon millions are on food stamps and other subsidies trying to keep themselves afloat, and their numbers are rapidly increasing.

Most don’t want to live this way, but some simply have no other choice. The answer: employment, most importantly, good employment, the type lifting you out of a sub-par existence. And having your own business could be an answer, if many tried slipping their toes into self-employment waters.

Recently, I watched a college professor being interviewed on national television. He was discussing the needs and questions of his student body, the biggest concern being employment after graduation. And with only fifty percent of all graduates being offered jobs, their fears were understood. The top advice he gave: Stop relying on others to make your future, and start discovering what you love to do, then figure out a way of making money doing it.

Stop looking to government, or corporations which will lay you off instantaneously if needed, and start inventing and investing in yourself as a brand. Our country needs this mentality right now, not only from our youth, but from everyone; the spirit of creativity, the force of innovation, and a willingness to accept the risks for reward.

Having your own business requires determination, drive, fresh ideas, and some luck. It also requires a business-friendly governmental administration which helps small businesses through lower taxes and fewer regulations, something we’re currently being deprived of.

A bigger government isn’t the answer, a model which has been tried for centuries always ending in poverty, dependency, and eventual bankruptcy. As a famous leader once said, “The Problem with Socialism is you eventually run out of other people’s money.” A very wise quote.

Becoming the next bestselling novelist, computer wizard, dazzling singer, or real estate mogul can never be easy. But, the leaders in these fields all have the same traits: a vision, a refusal to “quit,” and a goal they know they can achieve through hard work and drive.

America desperately needs a new wave of people like this.

Pamela Samuels Young Apr 5, 2014 2
Writing Slump You’ve been working on your novel for months, maybe even years, and lately, you feel more…
Psychology