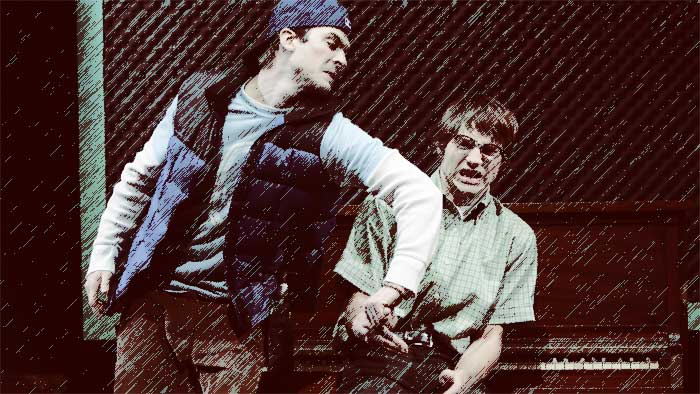 In an article published November 22nd, which I have just read online in the Malta Times, the age-old problem of children being bullied on the way to and from school out of sight of the teachers, has once more raised its ugly head.

In an age where corporal punishment in schools has been done away with and people fear retribution if they intercede to protect a child from being bullied in case they are branded at best as an interfering busy body, or worse, to be targeted, often violently, by the parents of the bully in question as a potential paedophile, what can the average ‘caring’ individual do?

Bullying sadly is a sign of the times we live in. Daily I read reports in the newspapers of the elderly and the very young being subjected to muggings and verbal abuse, usually followed by some form of physical attack.

Our police departments are facing massive losses of serving police officers in an effort to cut back the cost of policing in the country. Indeed the government minister in charge of the police here in the UK, made a facile comment declaring that there was no correlation between the number of police currently pounding the beat and the fall in crime across the UK. With out-of-touch fools in charge, what hope have we of living in a law-abiding safe society?

If the number of policemen and women patrolling our streets is cut, the crime figures will rise.

I place bullying in the category of crime.

Most parents these days do not accompany their child to and from school because of financial reasons, namely, both parents need to be bringing home a wage to support their families.

Children, whether travelling by bus, train, or simply walking to and from school need to be and feel safe. But when a lowlife bully is waiting for them to cross his or her path, what chance do they have?

Bullying must end! And people witnessing such attacks on our streets, buses and trains, must intervene, or at the very least report the incident to the police.

Naming and shaming the bullies, making them social pariahs in their communities needs to be achieved.

Nearly half of all 11 to 16-year-olds see bullying on the way to or from school, according to new research.

Around 43 percent of those surveyed said they saw bullying on the school run but only half of those reported it, a study by the Anti-Bullying Alliance (ABA) found.

The research found that 47 percent of those who witnessed bullying did not report it, with 50 percent of 13 to 16-year-olds failing to do so.

Of the young people who did not report bullying incidents, 44 percent said it was none of their business and 10 percent said they did not know who to tell.

ABA chairman Ross Hendry said: “This research shows us that a significant number of children and young people in England are suffering from bullying on their school journey.

“Whether they travel by bus, car, public transport of if they walk to school we need to make sure they are protected. It’s of great concern that nearly half of young people who see others being bullied do not report it and that such a large proportion don’t think it’s any of their business to do so.

The report was released as Beatbullying, a separate anti-bullying charity, prepared to launch a “digital demonstration” in support of children’s rights.

More than 750,000 people, including Archbishop Desmond Tutu, Popstar Alesha Dixon, and singing group JLS, have created virtual avatars that were to “march” across around 60 partner websites against bullying.

Katherine Rake, chief executive officer of the Family and Parenting Institute, said that greater interaction between parents and teachers could help protect children from bullying, but added that this was less common at secondary schools than primaries.

Jack Eason Sep 11, 2011 1
Characters That Take Over Your Life Every once in a while, the characters you invent completely take over your…
Featured