Best Motorcycle Racing in the World

In the world of Motorcycle & TT racing, while there is no doubt who is the worlds greatest rider; that honour goes to Giacomo Agostini, there will always be the arguments over who is the greatest British rider. 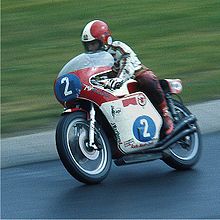 For this writer at least there is no doubt, it has to be Mike, it has little to do with the fact I was brought up with Murray Walker’s commentaries of racing in the UK and the mentions Mike got in the battles with Agostini.

It has to do with statistics and riding competition. There is little doubt in any motorcycle fan’s mind Joey’s record TT wins are phenomenal. “King of the Island”, I would agree with no doubt.

But to be best in the world, you have to race on tracks of various lengths and all over. Joey rarely raced off the Isle of Man, other than in his home country of Ireland. 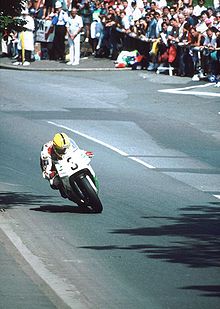 He only raced at Donnington twice, his best finish being 3rd. His only other trips to race off the Isle of Man or Ireland were two trips to Hockenhiem,one to Le Mans, one to the Hungaroring in Hungary and one to Estonia, where Joey got his best results when he won the 600cc & 750cc events shortly before his death while leading in the 125cc event.

I know money is a factor but he was the main British rider for Honda. Other riders like Peter Williams also had this issue to resolve.

There other things to take into account the main one being the competition. While Joey raced against the likes of brother Robert, Ian Louther and Dave Jeffries. They are well known and respected British riders. Mike rode against Phil Read, Agostini, Peter Willliams, John Surtess, Jim Redman and Gary Hocking a well as the US riders.