I wanna see an episode of Celebrity Bear Jeopardy because I wanna see how smart the avg bear is. What is Yogi really bragging about?

I haven’t seen a think tank of bears at MIT or a group of astrophysicist bears at the Houston Headquarters of NASA or being certified by the AMA to conduct brain surgery (even on other bears). Koalas are so dumb they don’t realize they’re marsupials not bears even though it’s their legal last name which Zoologists in Australia have repeatedly told Koalas you can’t do that. You can’t change your species by changing your last name.

If I change my last name to “M.D.” I’m not now a real doctor. But Koalas pretend to be dumb like a real bear the same way bleach blonds who used to be sassy intellectual brunettes with horn rim glasses and Daria like dry acerbic wit turn into a bubbly wind up doll that I’m not saying looks like the archetypal Barbie but the word “Mattel” is stamped under their left feet. The ones that can’t dance have it printed on both feet, logically.  (Jeopardy theme song) “Doooohhdoodooo-doo-doo….”

Alex looks as enthralled to host another gimmick rating celeb episode as Stephen Hawking is into playing hopscotch while singing T-Pain Songs with his Roller-Wheel-Autotune-Peter-Framptonish-Talk-Box.

Today’s Daily Bear Double-for all of the picnic baskets in Yellowstone Park, name any, literally ANYTHING that is remotely close to being a synonym for a scab, cut, or injury.”

Yogi gets nervous but tries to hide the flop sweat as the cameraman zooms in allowing at home viewers to get front seats to his dramatic turbulent moment of rich building tension that could win the Chairmanship.
“I-uh, uh, um mm…Well, I don’t um, Can I ask my pal, Boo-Boo?”
“Boo-Boo is correct.”

“I am smarter than the avg bear…and Koalas if you’re watching, that includes you, fakers, too!”
Smokey lost the game by always answering, “Only you can prevent forest fires is really just the gist of it…

When you get into details, we’re mainly talking about firemen, park rangers, non-pyres…we sorta feel bad putting false sense of pressure in our propaganda ads

but we know we can’t do it and don’t even get me started about how a koala turned the Sarah Wood forest into the Sarah Desert with one Bic lighter and scientific project to prove if he was a marsupial, he would accidentally burn down the woods. He died never admitting he was wrong. Buried in a non-bear cemetery because of the life he lead. Unbearable 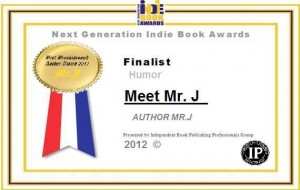 THEIR INDOMITABLE SPIRIT & Yours