October 23, 2009
Today I met with the mother of a 16-year-old boy who is Autistic. She echoed, but in a way, I could finally hear, what the pediatrician had finally begun to suspect and what speech pathologist had immediately suggested upon meeting my son.

This mother said what I knew, what even Paul knew, but had been afraid to say out loud. For months and months, we had watched Nicholas. We knew. His tiptoe walk. Oddly mesmerizing fluttering hands. The grunting sounds of a deaf child growing with each passing month. The absence of speech beyond a couple of words. The spinning distant eyes. All the way back to the stiff, serious infant, who did not smile or engage much. 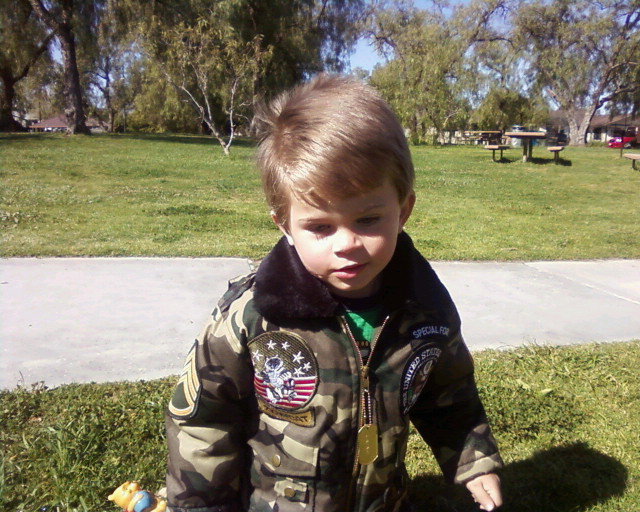 And with a physical sound of shattering glass and then the sudden shrill of a football crowd dimming to silence and then rushing back again, roaring in and filling my ears, I heard “Oh, honey, yeah he’s Autistic.

A beautiful precious Autistic boy who’s gotten himself all locked inside”. And in a way I’ve never done before in my life, I collapsed and buried my face in a total strangers lap. I cried as I shattered. I found out that even a heart that has survived so much can break and then break all over again in the space of tiny seconds. Mine did. It splintered into a million jagged shards spilling out all the pretty pieces of me. I cried deeper than I ever have in my life.

But, only for a few frozen moments. Before I lifted my head, drew myself up, took a deep breath and braced myself to fight. Fight for my baby boy, my son, Nicholas. To find whatever it would take for me to get to him and bring him out into the light. And I dried my eyes and became willing to begin. And so my search begins today to find the key to unlock all the things he holds waiting there trapped inside. I will not give up. I will not leave him here.

December 14, 2009
Nicholas is a beautiful boy. And never was there one so wanted in the whole wide world as he was. All my life I knew he’d come. I also knew that if I dared another child that something more would be asked of me. It was worth any risk anyway. Even so, my joy was always tempered with a quiet seriousness when it came to him. But, I had waited years and years for a family portrait I had in mind. I wanted to gather my family when it was complete in front of the wishing well where Paul and I had married.

Over the years we would return to that spot many, many, times and it would be impossible to count the number of coins I’ve dropped that carried my whispered hopes for him. I never once was tempted to snap a photo until he was finally in my arms. Because I knew. I knew we had to wait for him. 15 years is what it took. But, finally, he is here.

He is a dark blond haired little guy. I am secretly pleased that he has my eyes. Hazel flecks of mossy green and golden bits rimmed by the prettiest sapphire blue and they are deep and wide and shine with light. Nicholas is tall and thin. He has graceful fingers and delicate toes. His eyebrows are perfectly formed. And his face is serious and finely boned. From the moment he was born he had little manly features. Never was he chubby and baby like cute but almost immediately he was so handsome, to me, it hurt.

His skin tans in the summer and there is nothing more beautiful than to see him out in our yard with the sun flashing down on him as he spins in a piles of leaves or drops his ear into the warm dirt. What he hears, what he sees, truly we may never know. But, I understand how he longs to commune with the earth.

Nicholas likes airplanes. His ears pick them out long before mine do. Eyes drifting constantly up to search the sky. His whole body stops tight and strung like an electric wire. He watches them intently until they fly away. Sometimes his hands go up in a disjointed wave as he says in the tones of my voice “bye, bye, bye!”. His eyes drop reluctantly back to earth. He adores elephants and yells the word over and over again when he sees one on TV. or at the zoo. He comes to me and touches my arm to make me see them too. He likes to dance in the sunlight on the carpet. It is beautiful to watch. Nicholas in the dancing beams. Up on his toes and then down again eyes closed lashes softly downed against his skin. He loves the cat and the dog and to feed the horse. He has always been chintzy with his grins but an animal is always guaranteed to pull one from him.

He has a ticklish neck and ears and when I nuzzle them he spins away. His eyes go wide and cross as he smiles a big goofy grin. And sometimes from his belly comes a very rare roll of laughter as he feels my lips nipping the skin there. He has the best taut tummy I’ve ever kissed. Of tummies and kissing, I am an expert. So you will have to trust me, this boy has the best one yet! 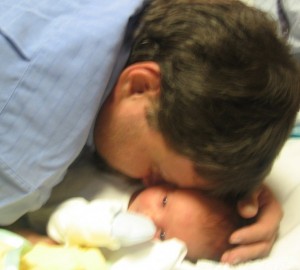 Nicholas sometimes places his ear to my lips and listens with a silent frozen intensity as I speak words. In those moments it’s as if he’s begging to understand how it is he is missing out. There is a fascination and sadness combined when he stands and listens with all that he is with his ear pressed to my lips. And I try to pour extra love and softness into my tone in those seconds before spins away. He grabs my hand when we walk anywhere. He trusts me with all of his heart. And sometimes when I am at wits end and I’ve snapped at him I can see that I have power to break his heart like nobody else in the whole wide Nicholas world. I am always contrite when I stop and I see the tears in my eyes, shining sadly back at me, from out of his little face.

Nicholas smells like Paul and me. And the warmth of the dirt, leaves, and sunlight beams filled with drifting dust that he spins in. I wish I had it in me to describe what it does to my stomach when I am given a whiff of his early morning fresh from bed blanket warmed skin. Sometimes I think I can’t breathe enough of it in. In the morning he is given to a few moments of cuddling and there, right there, I squeeze inside and pour on to him all of the love I feel. And every night it has to be me who lays him down. And no matter how rough the day or how tired I am I meet his eyes. And I convey with everything I have all of my love. Every single bit of it I pour out in my touch, eyes, and words as I tuck him in. I cannot end the day in any other way.

Nicholas has so much to say. Even without words, he speaks aloud. In his head floats a boy drifting with magical things. He has hopes and dreams and a heart that loves. He has desires and wants and needs. I love my son more than I know how to say and I know every part of him. From his beautiful toes to his rounded nose. I know him by the smell of his head and the feel of his heart. Even on the bad days there is nothing I would change. Not the way he sways with his eyes closed as he tastes chocolate from a mixing beater.

I could not give up the way he runs his fingers endlessly through my hair stroking it as if it were the most interesting and the softest stuff on earth. I wouldn’t change the stiff serious features that can suddenly light up and fill the room and catch me so completely off guard. I couldn’t change one single thing because it might change something about him that I love. Many times I’ve looked at him, pen in hand, and thought to revise. But, I cannot because there are no lines on him that do not brush up and touch another part that makes up everything good that he is.

Nicholas is all of the things I love. Nothing has changed today. Nicholas is our beautiful beloved son who is treasured above and beyond any clumsy mere words I have within myself a voice or talent of pen to give to them. He is the long awaited for completion of a dream. He is the glistening cherry on top of our lives. He was worth every bit of the wait. He is tied hand in hand with such goodness and light in all of our lives. In this all of us agree. Paul, Brittany, and I are blessed by this boy. He also happens to be profoundly Autistic. He was diagnosed today.

And, even though nothing has changed from what we had already slowly come to know my heart cries back in time falling with the bright silvery sound of all of our shiny coins thrown in the wishing well and I think, oh, Nicholas…