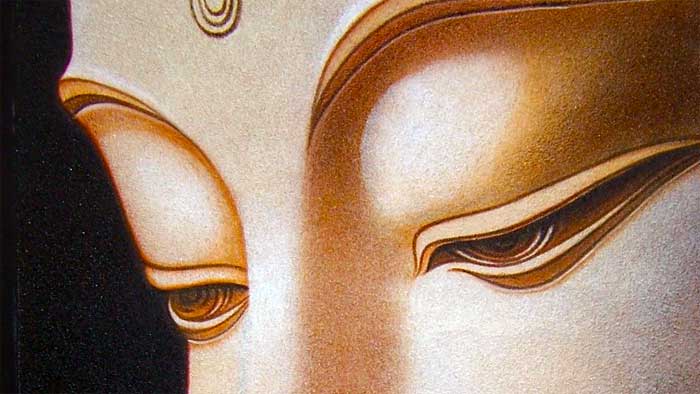 How we feel, believe, or think about what happens to us after we die matters. It matters because our thoughts about the afterlife often affect how we react to and live in the present.

If one believes that their physical reality and what they see, feel and experience with their senses is all that exists, then the thought of its termination and our bodies decline may be frightening, if not downright terrifying.

If someone’s faith tells them there is something that continues beyond the known physical realities of the world or takes them to a place of peace and happiness, they may be less inclined to fear their own mortality or that of others.

Both ideas and beliefs, that something continues beyond death and that nothing does, may also help us live more at the moment and appreciate the short, precarious lives we live or create continuing anxiety about how things are or where we would rather be.

The reason the word may is italicized is because there is no omniscient law of nature, physics, or human response, that such beliefs in life after death or solely in the material world, causes only those stated or expected reactions.

We are far more infinite than the stars in our complicated, yet simple, desire for understanding, comfort, and reassurance about the unknown and what happens to us after we die.

When I was a teen, I used to believe strongly in reincarnation. At the time, it made sense. As I grew older my beliefs shifted from Yoga and Eastern traditions to Quaker activism and social responsibility.

Then it changed again and again, from the Catholic Church to Judaism and from Eastern Buddhist belief in transgression and karma, to natures continual recycling of all forms of matter, including human beings.

Whatever I was practicing or following at the time, was my reality. Each exploration into the afterlife or spiritual nature of humanity gave me some answers and experiences I could hold onto, make sense of and say, “This is it! This is the truth! This is what happens!”

In my early work with hospice and later as a chaplain at the hospital, I met a number of people who had been clinically dead and revived or resuscitated. After hearing their stories and reading research that had been done with thousands of others who had had similar experiences around the world, I “knew” that some part of our consciousness or awareness as human beings (at least in the first few minutes) continues.

Most recently, after my acquaintances with a number of people whose cultural background and/or religious practices, has worshiped and spoken with deceased ancestors, I have begun to send blessings to and bring into the present, those in my family who have preceded me into death.

Because of my work as a grief counselor I have been granted the opportunity to explore the question of life after death with many people. Here are some of the answers, thoughts and beliefs that have been shared.

“Those who believe will find everlasting peace with Jesus and the Saints.”

“God is the only answer. I know they are with God.”

“My loved one always felt at home by the sea. When we scattered their ashes in the bay, it felt like he had been buried in his church.”

“As a Tibetan Buddhist, I know my wife went through different Bardos (spiritual worlds) and gained enlightenment. She is such a compassionate loving being.”

“When we’re dead, we’re just dead. There’s nothing more and nothing less. That’s why it’s so important what we do while we are living.”

“I believe there’s a white light and the peace and joy are indescribable.”

“The bible tells me there is heaven and hell. I hope I’ve lived a good life and go to heaven. I know my son is there waiting for me.”

“My sister has come to me several times and told me she’s alright. I have no doubt that she’ll be there to meet me when it’s my time.”

“The Lord is the way, the truth, and the light. I will be with my Lord Jesus.”

“Maybe I’ll see my parents when I die, but I don’t know. I tend to believe that something better is waiting, that there’s something more than this, but I couldn’t say for sure.”

“It’s all chaos. There is no rhyme or reason. I have no idea what will happen after I die.”

What’s your experience been? What do you think happens after we die? What have you been told? What does your family believe? What does your religion teach you? What do scientists propose? How has the media portrayed the after-life?

Is death less frightening because of your beliefs? Do you think anybody “really” knows before they die what happens after we stop breathing? How does your belief or thoughts about life after death affect how you live your life now? Does it matter?

Finding Your Place In The Blogosphere – 7 Tips

Amanda M Thrasher Feb 8, 2017 0
Find your Own Voice I am a writer first and foremost, author second to that. If you know me or have heard me…
Writing