Amy Winehouse: From Rehab to Scientology?

Amy Winehouse could be joining the ranks of Tom Cruise, Katie Holmes, and John Travolta – by turning to the Church Of Scientology, according to reports. 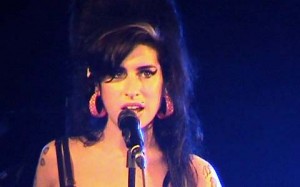 The Rehab hitmaker has been ravaged by her drugs habit and is reportedly considering turning to the controversial religion to help get herself back on the straight and narrow.

The star has apparently received a “welcoming” phone call from the religious group’s “celebrity center” in LA.
A source tells Britain’s Sunday Mirror newspaper, “She had a call from the celebrity branch of the Church Of Scientology. She thinks they got her number through one of the American music producers who worked on her Back to Black album.

“They told her they wanted to help her beat drugs and could tailor-make a program so she wouldn’t have to go to a residential center. “She liked that idea because her husband Blake is out of prison soon and wouldn’t want to be away from him when he’s finally freed.”

Fabulous Sex and the City