I lived in a gilded cage for years, as I felt I had no other choice. Okay, it was my own personal prison, to be frank.

Directly out of college, as a self-confident strong young adult. I felt I had everything to look forward to. I had met the man of my dreams during my college years he was everything. Perfect, attractive, confident, a great career for someone so young, plus a great sense of humor, loving and a definite charmer. He knew what to say and how to say it, to get what he wanted. 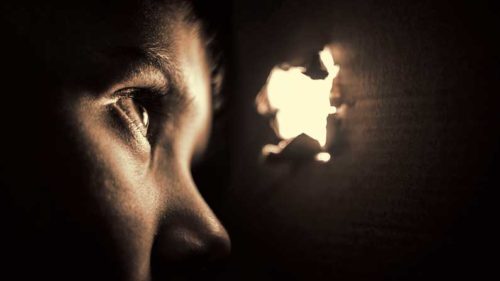 After our marriage, we moved to Hawaii – The Land of Paradise’ and everything was like a dream. I had always been the type to stand up for myself, which he admired at first. He was definitely a hard worker, so when he would come home after a long overseas trip, I was grateful to see him. That was until the mental abuse started. I was accused of cheating on him, not doing enough to bring in income for our household, etc..

I knew he worked hard and had been told by other wives that most men that traveled abroad assumed the worst while they were away from home, so I did everything possible to assure him I didn’t do any of these things, I loved him and was completely devoted.

I knew he worked hard and had been told by other wives that most men that traveled abroad assumed the worst while they were away from home, so I did everything possible to assure him I didn’t do any of these things, I loved him and was completely devoted.

Step one of an abusive relationship already in the works: Isolating me from everyone I knew and could depend on, by dragging me thousands of miles away from home.

Step two I learned in hindsight, were the insults that seemed to follow. The name calling and insults hurled my way on a regular basis. But what did I do? I felt sorry for him. After all, he worked so hard,  had been through a horrible relationship where these things he accused me of did happen. “Poor baby, he just needed to be shown I was not like that.” I felt sorry for him.

After several small instances of him pushing me into a wall, only to start crying, and be so sorry for it, saying it was just his horrible past, plus he had been drinking and just didn’t know what he was doing, I understood.

Step three: The guilt trips.
After he lost his job and we returned to my hometown, well my ‘poor husband’ was so stressed trying to find work, that I could  understand his drinking more often and figured out the only way for him to be happy was me to pacify him. One morning, he had come home from his temporary job at a convenient store and I found him drunk very early in the morning. I could tell he was upset and had learned by now, that the best way to handle this was to pacify him and baby him into a better mood, as well as making excuses for his behavior. Step four-pacifying him.

As he walked through the door, he proceeded to floor me to the ground, blacking my eye, kicking me in the side with his steel-toed boots, busting my lip, as well as my ear bleeding and my entire side bruised from the kicks he gave me with that boot. He screamed insults at me that I was worthless, etc, then as I slowly regained consciousness, he wasn’t standing over me anymore. I made it to the restroom, to clean myself up. He came to check on me afterward. When he saw what he did to me, he hit the floor on his knees’ begging me to forgive him, which of course I did. My solution was that we had to leave before my dad saw what had happened and decided to do something drastic to my husband. I couldn’t have my dad in trouble for anything he might do, nor did I want my husband hurt. Step

My solution was that we had to leave before my dad saw what had happened and decided to do something drastic to my husband. I couldn’t have my dad in trouble for anything he might do, nor did I want my husband hurt.

Step five: Trying to protect others, including the one who almost killed me. We went away immediately until I could heal up. After all, if I had just gone to work that day, none of this would have happened. It must be my fault.

I knew then I would never be able to tell anyone any of this. I didn’t  have friends anymore, because I feared for their safety, as well as my own. I soon found out I was pregnant. Six months into my pregnancy, my dad passed away. I knew that any sign of help was now gone and so did he. The mental abuse became horrid. After so many years of hearing that you start considering yourself a worthless piece of crap, not worthy of anyone and the fact that he made the most money.

If I ever told anyone or tried to leave he would take my unborn child from me, plus hurt anyone who knew, as well as hurting me too.

Step six: The hopelessness of realizing there was no-one I could turn to now.

After the birth of my daughter, the physical abuse started again. I was already furious that my dad had died and left me a few months before, I knew there was no-one to count on except myself, but where would I get this strength? After all, the self-confident person I had once been had disappeared a long time ago, so I drew strength from my daughter. I would not allow my daughter to be a part of this and as I was so angry, but the only person I would allow myself to pray to or speak to was my now dead dad.

I remember plain it as if it were yesterday, speaking in my mind to my dad asking him if he could hear me or help, please just let me find some kind of inner strength to help myself and my daughter. Did he not instill something deep down inside of me to fight for my life and my child’s life?

Step seven: Fighting back. After a ride in the vehicle to the store one evening, he proceeded to start beating me while I was driving, as my child was in the car seat in the backseat. I had to pull over quickly to let him finish. When he was done, I drove home, took my daughter to my neighbors. I knew this was the last time he would every put his hands on me.

I walked into my home and when he tried to punch me, I yelled “Dad now-I need help” I put him through a wall and held a gun on him until the police showed up and arrested him.

I left that night, never to return. I filed for divorce the next day and the marriage was over. This was twenty years ago, the torture in my mind has taken this long to get over and for me to be able to even speak about it, but he holds no power over me now. My daughter didn’t have to grow up around this, therefore being a strong young lady; not a victim as I once was.

My name is Kim McNiel Smith. I'm am married, the mother of four children and currently working on my first fiction novel. I have wanted to write for about twenty years, but finally after all this time-I've taken the plunge. I tend to be quite blunt, so bare with me-I would appreciate any feedback. I am greatful for the opportunity to have been asked to write an article for Angie's Diary. There's no telling what may come out...as I never quite know what is racing through my mind from one minte to the next. LOL!