A Year in the Life of an Author: This month sees a lot of anniversaries for me. In the last year, my life has changed radically and I would like to take the time to wander through the months with you-if you have no objections. 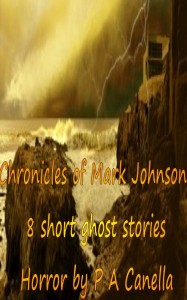 This time last year, after months of trying to write the Pat Canella story I put her in the trash bin on my laptop and decided to forget her as she was not working for me.

At the same time, another series of stories started and soon took a hold of my friend’s imaginations as “Chronicles of Mark Johnson

“ was born. The original idea was for just a few stories. Now 20 stories on and with more planned, this saga still holds the imagination of a growing fan base.

July came in wet & windy and ended up with me going to the hospital for a tendon injury, as was told in the article “How a rainy day can ruin your life.”

An injury that to the vast majority of people would entail a simple operation, done routinely by surgeons was ruled out for me. My various health issues meant an operation was not even to be considered.

During this period I was chatting to a lady online, she said she wanted to meet me; despite the obvious injury, she claimed I was just making excuses not to meet her, at times I was in tears. I so wanted to meet her but knew I couldn’t get out. Her attacks then apologies went on for weeks until we finally met on September 22nd, the day after the final cast came off. Within less than a week it was obvious we were not going to get on well, it all ended badly at the beginning of October.

Less than two weeks after the cast came off I was walking back from the local Tesco, a walk not more than half a mile when the tendon went again. I had to go back to Frenchay hospital and be put in a surgical boot for another 6 weeks.

All through the summer, with nothing little to do, I could not bear just sitting down and watching endless hours of boring TV the urge to write took over my time. I was writing on average a 3,500 word to a 5,000-word story every other day. This got so addictive I had to be told to take an enforced rest by my friends.

October was both a hard month for me and the start of a rebirth for my writing. During the month I was doing an online writing course, I thought it would help my story writing, looking back it was more geared to writing for TV & radio. My tutor kept telling me that I was no good and that I would never write a saleable story, this got so bad that by the middle of the month I was at the point of giving up. Then, things took a massive upturn in my writing.

I had an email from my friend Emma Oram who runs Vintage Script magazine, saying one of my stories was going to be published online for her Halloween special edition, not only that but my story had given her the idea for the page. “The story whose name shall not be mentioned,” tells the story behind the story.

Later on, I got another email, this time from A magazine in the USA, A long story short based in Montana had decided to publish online, my story about a mystery at a museum I worked at, that had not been solved. The month ended with winning an ebook cover that became the cover for “Pat Canella (the dockland murders)” 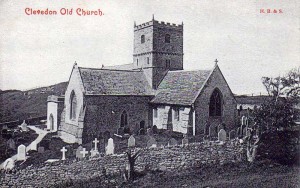 The new year came in and I was trying to get an article in a magazine ran by Stephen Hines, while after tweaking it many times I got the sub-editor to approve it, Mr.Hines refused to print it online. By this time I was nearing another low point when 2 good friends pointed me to Angie’s diary. To Gwen Steel & Paula Shene I owe a big hug of thanks as Angie’s has been a Godsend to many of us Indie writers. The same article that got rejected got published here within a week and so started another new chapter.

Over the ensuing months, I have had many articles published by Angie, one more published in A long story short about pen names. I contacted two magazines on our page here. Suspense magazine seemed genuinely interested in Pat Canella, I am still waiting to hear from them. I have had two stories printed in a US anthology as recent as the last weekend of May. 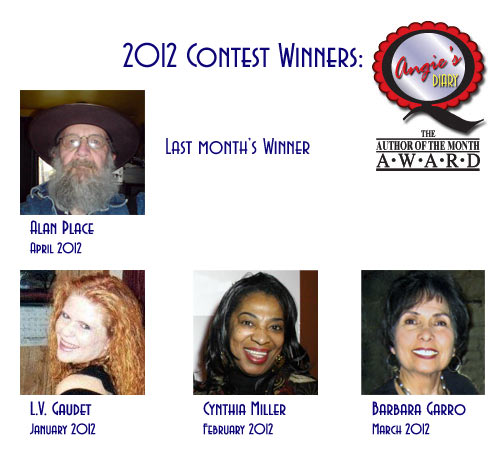 MiriamSPia Feb 21, 2013 1
What is Angie's Diary?: Angie's Diary is an online magazine.  That is the short and simple answer.  There is…
Book Review