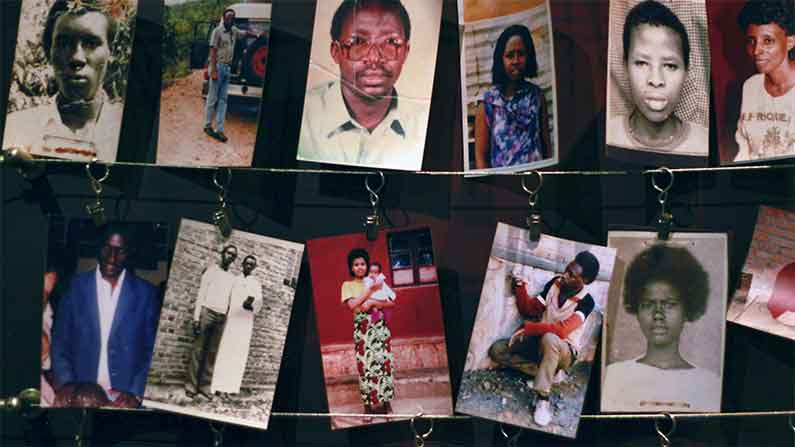 Picture a mountainous nation that is supposed to be beautiful. It’s known as “The Land of a Thousand Hills.” The country also has a dark history.

If you don’t know yet, the country I’m talking about, I’ll give you a hint A movie called Hotel Rwanda.

The first time I’d heard of Rwanda was in 1994 when the Genocide Hotel Rwanda’s about happened. One million people brutally murdered in three months. I remember speaking with my South African friend (now deceased) Laurie Musgrove about it.

It was a year of massive change in South Africa because it was leading up to Nelson Mandela being elected President. She was nervous about changes there and casting a nervous eye 2300 miles to the North in Rwanda, fearing the same sort of violence.

Rwanda disappeared from my mind for two decades. Then, in May 2007, I met my friend Anastase Gashugi.

He was an excuse to practice my fractured high school French. He’d been a football (what Americans call soccer) player in Rwanda. We were on the company softball team together.

Our former boss has wanted Anastase to write his memoirs since 2006. I have written several novels. When Anastase asked for my help, I agreed at once. It’s my duty to tell his story precisely.

I must start with some of the history as I understand it, so you have an idea of what led to all this. As with many historical events, this goes well back in the past.

The first group in what’s now Rwanda were the Twa. The Twa are a Pygmy people, who were hunters and gatherers. Now, they are less than one percent of the population.

The next group is the Hutu. They are now 85% of the population. Anastase tells me they migrated to Rwanda from the area around Lake Chad. The Hutu are a Bantu people. The Bantu originated 5000 years ago, along the border between modern day Cameroon and Nigeria. They played the role the Celts played in Europe; bringing agricultural techniques and iron.

A few hundred years ago, a third group arrived; the Tutsi. They were cattle herders. They were also warriors and became the upper class of Rwanda.

Having said that, eventually, the Tutsi picked up the Bantu language of the Hutus. Then there was intermarriage between the groups. Eventually, from what I could interpret, the Hutu and the Tutsi were more like social classes than separate ethnic groups. You could rise to be a Tutsi, or fall to be a Hutu. The Twa, specialized in pottery and performed at the court of the Mwami, or king.

Then, the Europeans showed up. In the case of Rwanda, it was the Germans first, then the Belgians. This was the era of Darwinism and Scientific Racism in Europe. The Europeans decided the Tutsi were the tall, graceful, people, the Hutus the ugly peasants. (I guess the Twa didn’t figure in this).

The Europeans solidified what were more like social classes into substantial ethnic groups. The Tutsis were the upper crust and provided by the Belgians with education. No one else got to go to school. The Tutsi’s fourteen percent of Rwanda’s population were the ones who counted.

Then came World War II. The Tutsi’s threw everything back in Belgium’s face and told them they wanted independence. “Why you ungrateful bums,” Belgium thought. In a 180-degree turnaround, the Belgians started backing the Hutus and educating them instead of the Tutsis and throwing the Tutsis out of jobs in government. The Tutsis had decades of training; the Hutus got the crash course in summer school.

There was violence in 1959, (the year Anastase was born) when Belgium still ruled. Independence came in 1962. Rwanda remained poor with the occasional bloodshed between groups. The ultimate was 1994, when the Presidents of both Rwanda and Burundi, (both Hutus), were shot down over Kigali.

Anastase was a thirty-five-year-old working the Foreign Currency desk for the Bank of Rwanda. He also ran a local soccer league He tried to be a peacemaker. Angry radical Hutus did not want to hear that, and he fled to Eastern Congo with his family and lived in the rainforest for seven months. They returned to Rwanda by force when soldiers of the new Rwandan government drove them back to Rwanda.

Anastase still was not out of the woods. The new regime was suspicious of him. Finally, he had to take his family and flee for good.

This is a basic introduction. The themes in the biography are going to be as follows:

How his father’s hard upbringing and strict upbringing of Anastase provided the tools for Anastase to save himself and his family fleeing Rwanda.

How his father taught him, survival with wild animals in the rain forest and how to live peacefully with other people.

The biography is a story of love, hardship, survival, and new lives. The purpose is to tell a story of resilience, not to discuss the politics, except to state, that high-level political decisions can cause serious problems for people on the ground.

Alan Place May 26, 2012 0
Tales from the Street This is an update to a couple of previous articles. My online tutor told me that I…
Society