I guess I should break down what that is. Applied Behavior Analysis. It’s an approach for rewarding good behavior, even just in the direction of a goal, getting it to hold for a little longer each time until finally, you reach the goal. 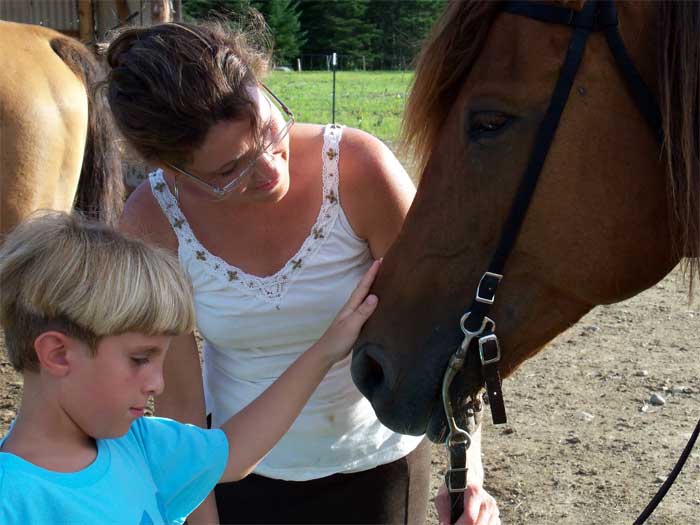 If we were talking about an Autistic child making eye contact, in the beginning, you would approach the child and physically touch, turn, or take away the desired object until the child looks at you to make eye contact.

When the child does a reward or verbal phrase such as “good looking!” is given. The goal is to slowly extend the periods of eye contact and gently wean away from having to make any physical approach and have the child respond by looking at you based soley on the sound of his name.

Over the years there has been much controversy over the use of Lovaas’s classical A.B.A. therapy particularly among the adult verbal Autistics who were themselves subjected to it.

I realized quickly coming into the Autism scene that this therapy has some heat attached.

There are many reasons cited for the debates over it. One of the complaints was that in Lovaas’s early days it was thought that children were subjected to 40 hrs a week of it.

But, after some research and questioning I’ve done, it seems like the actual A.B.A. portion of it was closer to 20-25 hours with school, occupational therapies, and speech therapies taking up another 15-20 respectively. Regardless of what the truth was A.B.A. is certainly used with a more moderate approach today.

The most common complaint I’ve come across comes from people who went through its use in the 1960s through to about the mid-1980s. In those days it is said that there was an equally heavy reliance on reward and aversives. Aversive implies punishment for undesirable behavior such as flapping or toe walking.

The use of aversives could range anywhere from mild to severe negative consequences for behavior deemed inappropriate. Examples of them would include things such as withholding praise or approval, being exposed to a color the child dislikes, being forced to endure bitter flavor, having an unpleasant sound played, or having a cold or hot tactile sensation applied to the skin.

I also shudder to tell you that in the early days of Lovaas’s work in the 1950s electric shock was used in extreme cases.

And in fact, electric shock is still in use today in some institutions specializing in the care of very severe Autistics who hurt themselves to the point of great harm. It is a fact that some Autistic people have devastating self-injurious behaviors and patterns.

There are some adults and children who slam their heads into the floor and against walls or bite themselves until they reach the bone. In some institutions, the method of shock therapy is used to halt these harmful patterns.

I have read that this is/was used in only the most extreme cases and in fact, did/does show results to back its use. Aversives in some extreme cases have research to back it that, like it or not, it has got some teeth.

Many high functioning Autistics hark back on their days in therapy even without the use of electric shock as nothing short of child abuse because the use of aversives or punishment was extreme or constant.  They wonder why so many hours were devoted to trying to destroy behaviors that in of themselves were not harmful.

They wonder how tip-toeing, hand flapping or rocking behaviors should have had anything at all to do with sound and reasonable therapy. Some question whether the intent was to help them gain true function or simply to make them appear more “socially acceptable.”

Many have said they were subjected to stress and pain at having so much attention placed on removing their coping mechanisms. There is anger among many people who feel that their right to be exactly who they are was/is being challenged.

I can certainly understand the questioning here.  I can also see that A.B.A. in its growing pains caused some damage and wreckage. We must remember that we’ve all come a long way. There was also a time, in fact in Lovaas’s early days that mothers were thought to have caused Autism with a lack of love.

But, I am happy to say that in my life and in my son’s things have changed. Because it seems that today’s professionals have heard these questions too. The goals of Autism therapies seem to have shifted to a more gentle approach and allows for the leaving of behaviors that are not harmful. There is a much broader understanding and focus on awareness of the Autistic spectrum and behaviors than ever there has been before.

Today the use of aversives has been all but dropped in most mainstream special needs settings, except, in some rare and extreme cases. The Autistic child who functions well enough to be able to remain at home for the whole of his life is not subjected to the use of aversives anymore.  Therapy at home looks very much like playing with desirable objects and toys.  Undesirable behavior is simply ignored and good behavior is rewarded.

The other complaint is that watching A.B.A therapy is exactly on a level with watching a seal or a puppy being trained. “Good boy, here’s a Gummi Bear!” I myself quail just a little bit at the idea of this. But, not I think, as much as some people do. I understand that training especially a very young child is sometimes very much like training a dog.

If you don’t believe me consider potty training, table manners, inside and outside voices, hitting and biting, and climbing behaviors. Yes, in human children we are also teaching the things of social graces and reciprocity of civilized behavior and the things of critical higher thinking. But in the teaching baser things in the very young child, for me, it appears to be about the same.

And whatever you do think about Lovaas he did for the prospects of the child and person with Autism what nobody else had until that point been willing to try. He proved that we could reach them and that with time and work something could be done to help. And through his work, the vision of the hopeless state of the disorder was shifted and changed.

Regardless of how anybody feels this is true. He’s devoted his life to our kids. He’s said that his only regret is that sometimes he is saddened that he let the gobbler of time and energy that is Autism eat up his time and focus completely. He feels that many people with challenges and disorders could be helped through applied behavior analysis but he spends the bulk of his career caught in the slow-moving waters of Autism.

I think he must be glad to see how his therapy has been modified and is being used with many people with all sorts of disorders Autism, ADHD, Downs Syndrome, and many, many others.

Whatever I feel about some of his early work, in particular, I always come back to what he has done.  And though there were many who disagreed with him, in the end, that too served to help those of us living with Autism today.

He brought people who believed in his method into the field. Another facet of what he helped to bring about,  not to be overlooked and equally important, is the new generation of therapists and parents who questioned and challenged his methods who then branched out on different paths. He created change.

He brought attention, interest, dedicated people, and hope to Autism. Of Ole Lovaas, overall,  I am a fan. *Ole Luvaas died at the age of 83 on August 2, 2010.*

Two therapists began working with Neeko at home. I watch the goings-on very closely. There are times when I do step away to get a little space and perspective. It is not always easy to watch. And it is a lot of time and interference in our home. We have them here three days a week for two to two and a half hours. But, overall the experience has been very good.

Nicholas is reaching outside of himself and trying to find words. I see how engaged and aware my son really is! He is happy to see his therapists come with their overflowing bag of toys.

And we’ve learned some things too. Already we’ve learned to stop calling Neeko’s name more than once. We must get up and physically close the gap take the thing that is holding his interest and withhold it until he makes eye contact.  We do this by moving the object slowly in a line up in front of our face and then over and behind our heads.

Neeko follows the motion of the toy and his eyes find ours. We can then hold his attention and ask for and get whatever it is that we are looking for.  Eventually, the hope is that he will simply learn to turn to the sound of his name. I believe we’ll see it happen someday and probably soon.  If this sounds small to you congratulations! I feel safe telling you that you probably do not have an Autistic child.

The other thing that happened is that therapy offers hope. It gives us a functional show of the progress he is making. I cannot properly describe the hopelessness of early diagnosis. And it seemed to be the goal of the professionals who handed down the results to pound a nail into the places where sunlight shined and forever close the lid of our hope.

I know I will never heal fully from sitting straight-faced, dry and gritty-eyed, frozen in shock while the psychologist and then the neurologist pummeled me with dire predictions for his prognosis. They looked me straight in my eyes and told me to lower every hope and expectation because he would be difficult to reach.

Every time I reached toward hope they dashed me back as if they felt I underappreciated his diagnosis. With therapy, we see anything but those gloomy predictions. And when they speak to us it is always with hope and expectation.

And we see what we’ve always known, that the possibilities with our love, time, and belief are endless for a child like ours. He may always flap, he may always tip toe,  and spin but he will learn to express all of the love, interest, fascination, and dreams he holds inside.  I do not mind my son’s inner world or the ways he needs to cope, those things about him I want to be left intact.

My son has an innate exuberance for life that not even  Autism can touch.  It is simply giving him the ability to express all of that when and if he chooses to that I am after.

That is a very healing thing! Education, understanding, and an unflinching search for what will apply and matter to us have helped me to find my feet and to begin to make my way in the foreign windy crazy land of the Autism garden. I am glad for the progress we’ve made.