For the past several months there has been a massive and extensive grassroots movement, coined by many as the NEW LGBT CIVIL RIGHTS MOVEMENT, of hungry, aggressive, and eager activists and advocates demanding FULL FEDERAL EQUALITY, including BASIC HUMAN RIGHTS, for every individual worldwide regardless of sexual orientation or gender identity.

This movement is spearheaded by the fastest growing LGBT Equality Group of 2011, Let’s Reach1 Million People Campaign…It’s a start! LGBT Equality, created by Oklahoma author and gay rights advocate Joe Knudson.  The group has amassed a membership of over 22,000 members both on and off facebook. 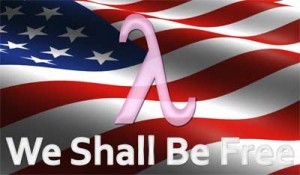 After the 2011 mid-year resolution passed by the UN Human Rights Council supporting LGBT rights and the subsequent UN report discussing discrimination based on sexual orientation and gender identity, in addition to the speech by our own Secretary of State Hillary Rodham Clinton in Geneva stating that LGBT rights are human rights and human rights are LGBT rights,  a committee of several voting members determined the momentum is there and is strong and fierce and as a group, they must continue to enhance this momentum by going forward with education and enlightenment to societies and governments worldwide as to the BASIC HUMAN RIGHTS of all individuals and the right of the LGBT to live within the same laws and guarantees allowed all other segments of society.

Election year in America being another reason cited for the perfect timing as the LGBT must not only educate society to their plight, but must educate their own communities as to the importance of registering to vote and knowing which candidates stand for what issues.

THESE WORLDWIDE MARCHES WILL DO ALL OF THE ABOVE AND MORE!

This one day, April 21, 2012, the voices of the LGBT and their allies will resonate around the world! There will be other specific demands for each individual location worldwide and the marches are structured to address those as well.

This is a Call to Arms of all LGBT Equality, Civil Rights, and Human Rightsorganizations worldwide to come together to educate and enlighten societies and governments worldwide as to the discrimination that exists among individuals of varying sexual orientation and gender identity. As International Committee chairman Joe Knudson recently stated to a reporter, “FAILURE TO TAKE ACTION NOW AND FAILURE OF THOSE TO PARTICIPATE IS NOTHING SHORT OF FAILING OUR OWN LGBT COMMUNITIES AND DENYING BASIC HUMAN RIGHTS TO ALL WORLDWIDE!”
Currently, there are 22 locations worldwide participating in these marches, with many more in the process of registering.  There are also a series of non-march events scheduled in those locations and for those individuals where having or attending a physical march was not a possibility due to a variety of reasons such as fear of death or imprisonment…
Official website just launched   http://www.letsreachonemillionpeople.com
Continue Reading
EducationHuman RightsManifestations
1
Share FacebookPinterestTwitterLinkedinReddItTumblrWhatsAppScoop ItMediumEmail

Come Back to Me – Review