All of this hoopla and nastiness was Sale-Mart’s fault – all of it that you can’t blame on Lorelei’s hormones or lazy bones, or the bag of marbles that some kid had spilled on the floor that day, which happened to be the day before our big Thanksgiving sale. 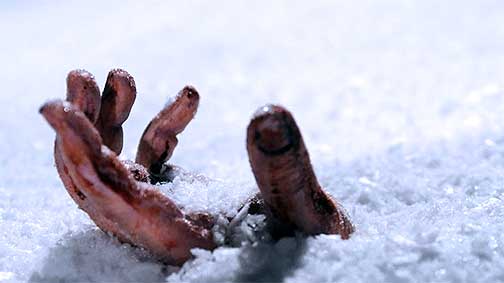 It all started when my Uncle Conrad got it in his head that we needed to do something extra special for Thanksgiving this year.  He has been scheming ever since the Sale-Mart moved in across the street, stiff competition for a small home-grown, family-run department store like Chetwynds.  We don’t have a fancy supply chain or global market, he says, so we’ve had a terrible time keeping our customers.  Some of them are loyal, the ones who know us personally, but the rest turn up their noses and march across the street, unless we are offering a “real” bargain.

Uncle Conrad calls ‘em loss leaders, and he had one planned for this Thanksgiving, a proper “special” to lure ‘em in like fish with bait.  But it was going to be a surprise.  He had us prepping the in store display and getting the one ready that goes out front when the door opens, but he wouldn’t tell us what it was all about.  Last year, he got a deal on pumpkin pies.  I was figuring it was something the same.

I was up on a step ladder, hanging the giant cornucopia when Lorelei waddled past me, no doubt headed for the back for a smoke break.  Lorelei’s six months pregnant so she couldn’t help me none.  Of course, she might not have helped anyway.  Lorelei has always had a serious case of the lazies.  She gets away with it ‘cause Uncle Conrad’s her daddy.

Turns out, I wasn’t.  Right at that moment, there was an almighty crash. Lorelei almost jumped out of her skin and near dropped that baby right there on the floor.  Her mouth fell open and she looked at me with big eyes, holding her belly.

“You just come from locking up?” I demanded, peering down at her from the ladder

“And you made sure nobody was still in the store?” It should have been just me and her.  She paled a little.

“I gave the five minute warning – then a yell when I locked the doors.”  You’re supposed to do a once over too when you lock up, not just yell, to make sure that nobody’s hiding out , especially the day before a big sale.  Sometimes some old, deaf coot is still shuffling around, if you don’t check.  Lorelei begged to do it ‘cause she didn’t want to help me with the store display.  I was stupid, and had left her to it.  I regretted that.  Then, I was struck by another thought.

“Did you clean up them marbles that got spilled in aisle seven, so that nobody would slip on them?” I asked.

Her expression immediately looked guilty.  I knew the answer.

“I figured I had all night,” she said in her defense.  “Plus you know how hard it is right now for me to bend over.”

“Wouldn’t have been a problem if you hadn’t let Tyrone knock you up.”

Lorelei made a sour face.  “You’re just jealous ‘cause there ain’t a man in town willing to sleep with you.”

“Aw – crap!” I jumped off the step-ladder and ran over to aisle seven.

Sure enough, Lorelei’s laziness had screwed things up twofold.  Some stray customer was still in the store, an older, larger woman who might have been deaf, or who might have been hiding out to get the first crack at the sale.  Either way, she had slipped on those loose marbles and was lying flat on her back in the middle of the aisle, and she weren’t moving.  I took her for dead.

I heard Lorelei’s shuffle as she waddled up behind me.

“Damn.  She don’t look so good.  Her head’s bleeding something fierce.”

Well, that wasn’t the worst of it.  Along with her not moving, and her head bleeding, this after-hours customer was staring up at the ceiling glassy-eyed, not blinking.  She didn’t just look dead.  She was dead.  I told Lorelei so.

“Oh sweet fucking Jesus. What the hell are we going to do now?” Lorelei cried, clutching at her belly, and leaning on a shelf.

We both knew what would happen next if we called 911 like we were supposed to and had someone haul off the body – – – lawsuit.  Chetwynds couldn’t afford that.  Along with the harsh competition from Sale-Mart, it would guarantee the end of our family business.  I needed my job.  I had bills to pay.  So did Lorelei, especially with a baby on the way.

“We got to get rid of the body,” she moaned.  “I’d get Tyrone to bring over his truck and we’d just dump it down in the swamp, but he’s out of town and he won’t be back until tomorrow.”

“We got no other way of getting it out of here tonight,” I replied, pulling at my hair in fright and frustration.

Lorelei moaned again, and started bawling.  She was turning a kind of grey color and looked ready to swoon.  I didn’t want her toppling over in a faint or birthing that baby right there on aisle seven, from the shock.  I knew she’d grab any excuse to avoid dealing with this mess she had made.

Lorelei didn’t hesitate for a second, quite happy to dump it all in my lap.  She waddled away faster than I had seen her move in months, sniffling and muttering squeaky noises as she left.

I had to think real hard.  I needed to find somewhere to put the body until we could haul it off.  After a little while, I remembered the old freezer we kept in the back for extra storage, whenever we received overstock of frozen goods.  It was empty, and we weren’t due for a shipment of any food for another three days.  I could stow Mrs. After-hour Stowaway there, until Tyrone could come and fetch her.

It took most of the night for me to sort things out.  I dragged the body onto the stock dolly and wheeled her into the back.  With a lot of huffing and puffing, I hoisted her into the freezer and wedged her in tight to force it closed.  Then I had to mop up the blood, ditch anything that couldn’t be cleaned in a garbage bag in the dumpster, and lastly, track down every one of those missing marbles so there weren’t any more accidents.  As if that weren’t enough, I had to finish putting up all the decorations for the Thanksgiving sale.

By the time I was done, it was almost morning.  Lorelei was sound asleep and snoring on the cot in the backroom, so I took a nap in the bedding display, close to the front of the store.

I awoke to sound of beeping; someone was reversing a large truck up to the storefront.  Uncle Conrad had arrived and was already in the store proper.  He was gleefully inspecting my work, rubbing his hands together.

“Great job, Noreen!  This ought to put people in the mood to shop for the holidays.  That and my extra ‘special’ will reel them right in. They’re already lining up in droves. ”

I stared at him, still drowsy, my hands on my hips.

“So can you tell me now, what this surprise ‘special’ is?”

He gave me a big shit-eating grin.

“Turkeys, Noreen.  Frozen utility turkeys – not grade A and I had to buy them in bulk, but I got them for pennies a pound.  I sell them off at cost and I can guarantee numbers. We’re putting them out front with a big sign, right where people can see them, to hook folks before they walk through the Sale-Mart doors.”

“Yup, we’re going to load them into the overstock freezer.  Jimmy and the boys are dragging it out front as we speak.”

I swear my heart stopped at that moment.  I abandoned Uncle Conrad and made a bee-line for the front door, yelling.

I didn’t have time to explain why.  I hoped they would listen to me anyway and ask questions later.  Uncle Conrad was right.  There was already a big crowd gathered in front of the main doors.  They had spotted the sign for our special, and were waiting for us to open.  I ran faster than I had in my whole life, hollering the entire way…

I don’t think I’ll ever forget the look on those folks faces when Jimmy lifted the freezer lid.