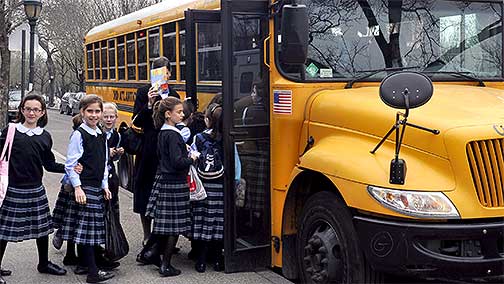 What is the definition of a true friend?  Favorable traits found in a “true friend” would probably include dependability, honesty, loyalty, generosity, and so on.

These characteristics are, however, rarely found in a harmonious combination of each other in an individual. Finding one of the few of those who do have a well enough balance of the favored traits fit for you is actually, surprisingly quite hard to find.

The old southern proverb “you get what you give” also comes to play in the quest for friendship as the majority of people reciprocate behaviors received from others. Theoretically, in order to find and keep a “true friend”, one must be a “true friend” in return. After finding a good candidate, one must confirm then solidify the friendship; it should never cause one to regress or feel regret.

I am one of the lucky few who have discovered their perfect balance of the aforesaid traits in another person and succeeded in creating a successful, prosperous friendship.

The first day I ever saw Patty was on the bus in middle school. Patty, having just moved to my small town from Metairie, walked onto the dusty old school bus with a look of disgust I will never forget. In recollection, there was a sort-of glow around her, as if I could see her aura, and I was naturally drawn into her world. Patty, being a year older than myself, seemed to be unapproachable; now known to be social anxiety.

I continued about my normal life with my other friends/acquaintances of the time and Patty slowly integrated into my social group. After a complex change of events occurred with others within the group, things dissipated quickly. People with like opinions took sides on various trivial matters and made the underlying tone of group activities hostile and resentful.

Patty and I were shunned from who we considered to be our friends because of our strong sense of morality and common courtesy (and their seeming lack of). Little did they know they were doing us an immense favor.

Out of their ignorance came an impenetrable bond that I believe to be lifelong. We got over the beginning reservations you usually experience with a new friend rather quickly. We bonded through our love for New Orleans ‘Bounce’ music, Kools cigarettes, marijuana, politics, sociology/philosophy, cleanliness of self and home, shared spiritual beliefs, and common teenage girl things. Soon after we came to know each other well, we were inseparable.

Relationships, as I said, are reciprocal. I said this in the context of many aspects of a relationship, sharing your positivity/negativity and etc. will lead to the return of these feelings. Another reason Patty and I shared a special bond is because we both had an extensive understanding of each other’s deep emotional problems, both of us being affected due to traumatic childhood experiences.

We both experienced depression, and we became so weak that we allowed ourselves to feed into each other’s misery and despair.

Being inseparable, we were a unification of depression, addiction, and deviancy. Our bad days mainly consisted of Billie Holiday’s “Gloomy Sunday”, large amounts of marijuana, dark lighting and incessant crying.

Throughout these times, our dark ages, there were many good times as well – most of which we cannot remember. We obtained jobs at the local grocery store and proceeded to spend almost every penny of our earnings on highly unnecessary things. By this time I had been expelled from school and Patty was skipping classes nearly every day so we could ‘live our lives’ together.

The expulsion came with a required court appearance, which in turn led me being ordered to join the ‘drug court’ program. My rebellious views and lack of knowledge and experience (in regards to real consequences) led to me prohibit myself of changing my ways to conform to society’s standards.

Consequently, I failed thirteen consecutive drug tests and was sent off to juvenile detention.  The literal first time being separated from Patty since our friendship blossomed. Patty had become my personal confidante and counselor and not being able to be with/talk to her was devastating – she was family now. During this time, Patty experienced similar distress, we had secluded ourselves from the world for two years, and now we were alone in it.

Patty continued to use drugs, and her addiction became stronger, leading her to do things out of her character. Although there was a fair amount of despair, during this time, we both went through a drastic change, realizing we could live, make other friends, and function without each other; although we would obviously prefer being involved in each other’s lives.

While I reformed my mind and behaviors, Patty continued on the path we were both previously on. She ended up dropping out and becoming a full-time worker, like I had before I left school. I still believe to this day if I were home, Patty would’ve finished school – we motivated each other.

Patty and I continued to play the roles we were cast in at the time (myself as an inmate, Patty struggling to appear as a “normal teenager”) and waited for the day of the reunion of Patty and Gayle.

Some would think that the separation would have lessened our friendship, if not end it, but it only became stronger, more validated.

In October of 2009, I was finally released from my troubles (and the consequences), and we were together again. The two-year lapse was like a dream – we picked up right where we had left off. The excitement of our reunion left us dumbstruck with what felt like a multitude of opportunities at our disposal.

We were adults now, the adult versions of Patty and Gayle, modern versions of Thelma and Louise. We began to indulge in the ‘partying lifestyle’ more than ever, but in a new, refined way – we thought we were smarter.

This could possibly be considered one of the best eras of my life. Of course, I let the excitement of my newfound freedom overcome all of the things I had re-learned (accountability, responsibility, regression, etc.), and found myself in more trouble.

Patty was shocked at my innate ability to attract the attention of the police while engaging in illegal activity as she had never been in any serious or legal troubles while doing the same thing. After once again resolving my conflicts, I decided once and for all that there was a certain way I wanted to lead my life, a quality Patty and I both deeply believed in but never fully practiced.

Patty and I believe in being generous, prosperous, carrying out our parts in society, and upholding integrity in religion and general action. I took control of my life, chose to become responsible for my actions. Patty was simultaneously applying similar changes within herself and we began to truly live for the first time in years.

Our lives changed drastically; we received extra responsibilities with pleasure, enjoyed taking part in giving back to the community in meaningful ways, rebuilt relationships and trust within our families, and eventually, both became drastically relied upon by our nuclear families.

We found the variance and similarity of our situations to be beneficial within our relationship as we shared many like problems and the differences gave us a trusted insight into aspects of different issues one of us had not yet come across.

Our relationship stayed strong throughout everything and we motivated and relied upon each other to better ourselves. Without the motivation and insight from someone whom I truly trusted and cared for, I would not be the multi-dimensional person I am today.

Looking back to my childhood, I never had many friends, never a “best friend”. I often pondered the reason and could never come to a reasonable conclusion.  I now believe it was because I needed some time alone, as one day I would be blessed and honored with such an amazing person to call my “best friend”, I would never have to be alone again.

I cannot and would not like to imagine my life without this woman, the true definition of a friend, confidante, and sister. As I said before, it is hard to find a person with traits one may find desirable and to then develop a relationship with that person. Therefore, I am eternally grateful for having the opportunity to have met and developed a friendship with Patty, my one true friend.