Alistair MacLean spent six years in the British navy in WWII serving as Ordinary Seaman, Able Seaman, and Leading Torpedo Operator.  After the war, he got an English degree and became a teacher.

MacLean, however, grew bored in such a profession. He began to write a short story of his experience in the war, winning a competition in 1954 with the maritime story “Dileas”. This got published and attracted the attention of Harper Collins who wanted a full length version of his experience.  He wrote HMS Ulysses and other books. MacLean was a protégé of Ian Fleming, that Bond creator. MacLean wrote action adventures too.  HMS Ulysses, The Guns of Navarone, Fear is the Key, Ice Station Zebra, Where Eagles Dare, and Force 10 From Navarone. 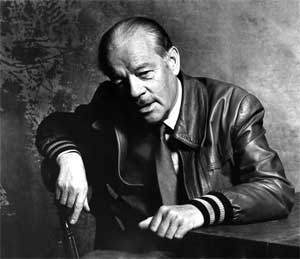 My favorite is HMS Ulysses. What was that one about? HMS Ulysses is about a convoy of supply ships sent from North America to Russia in WWII. A large number of ships were sent on this route, but only a handful survived the adventure. Every ship sunk faced a worst case scenario. It was said, when a German torpedoed an allied ship, they never retrieved the survivors. Imagine being a sailor in MacLean’s book HMS Ulysses. A torpedo would hit the ship. Those on deck would be thrown into the sea; the others were thrown around the ship in the hold, knocked unconscious, and went down with the vessel.

They were the lucky ones.  The ones who escaped, clung together in the water, where an oil slick would envelop them. The enemy would then fire a shell on the water, setting it ablaze. All the men would burn for hours, become completely distorted by the flames, and eventually become ashes, only after several hours had passed. If some swam from such a scene, help would  never find them, and they would perish outright.

MacLean even wrote a short story on the sinking of the Bismarck, offering insight into the situation. What was that about? During the second world war, the Nazis torpedoed the HMS Hood, the then flagship for the British navy. The Hood was blown out of the water only after it had left England. Fifteen hundred men were gone like that and only an oil slick remained.  Every ship in the British navy had a revenge on their heart.

They pursued the Bismarck until the fated day. In battle, the Bismarck had its rudder damaged, causing it to go around in circles. The British navy then pursued it for seven days and seven nights. In MacLean’s short story, he added insight. In his work, you will see the Nazis officers never sleep at all in those seven days. The British chased the Bismarck, throwing everything at it. In fact, when they found the wreck of the Bismarck, it was bullet ridden.

Alistair MacLean was  born April 21st, 1922  and died February 2d, 1987.  He is buried in Switzerland a few paces away from Richard Burton’s grave.