Women were placed on this earth to serve men and appease their every whim. Wives have many different roles but according to some men their only one is homemaker and of course mother. Labeling us as housekeepers, mothers and caregivers definitely short changes our skills, attributes and much more as author Jeanne Denault narrates, in her own voice, heard loud and clear how one trip to Paris and one man named Pete changed her world and but not her perspective on life. 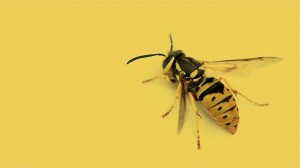 As she recounts her meeting with Pete, his expectations for their relationship and his requests and demands on her, you can feel the frustration in our author’s words, as she takes a different journey in life than the one she so desired. Marrying Pete included taking care of his ailing mother, putting up with her difficult and often critical remarks and handling her children relatively on her own.

As Jeanne enters parenthood, although not what she really wanted at all, she begins to doubt herself, her self image and why she values the opinions of others rather than her own when it comes to how she views herself. Pete designed a plan, almost like an architect’s blueprint for their lives and she felt like one of the rectangles or squares on the page.

Masterfully creating what he thought would be a perfect world for them, he directed and orchestrated the events, and the places their lives and how long they stayed in one place without any thought to what Jeanne felt or wanted. It was as if she was looking at a screen watching the events in a movie as her life flashed by in each frame. But, the real story begins when her son Max is born and she realizes that something about him is quite different or you might say extraordinary and things take on a drastic turn.

Always on the edge, worrying about Pete and his moods, Jeanne seemed unable to create a comfortable and private life for herself and her family. Imagine having a child who at a young age can climb out of crib without getting hurt, wander into many different places and not be afraid, and read the NYTimes in the first grade. As Jeanne takes Max to see many different doctors none seem to realize what is really wrong with him and although they realize he is super intelligent no one has pinpointed the real reason for his behaviors.

Max does not respond to discipline, authority nor does he ever exhibit any fears but he does have feelings and every time his father is critical of him and cruel in his actions, you can feel the devastation of a small child and the hurt he holds inside. Jeanne, worried about the opinion of others, talented in her own right as an artist, is often put down by Pete in public and at home for wanting to be more than just a mother. But, Pete is an escapist and when things go tough or he was bored with his job as Art Director anywhere, he would uproot his family to another state, town or place to appease himself without regard for the welfare of anyone else, especially Max.

Often criticized as a bad parent, disciplinarian, too indulgent and incapable of raising her children, Jeanne did not realize what a great mother she was and how she went more than that extra mile to find the right schools for Max, hoping that  Linda and Seth understand their brother and keep her fragile family together despite Pete. Even making sure that he attended the right schools was not easy for Jeanne as she drifted further away from achieving her goals and yet learned to deal with each situation as it came up. When Pete moved to Chicago, although lonely, she seemed to assimilate into what one might call single parenthood.

From playing with firecrackers, to riding motorbikes and lectures from the police, Max developed his own sense of right and wrong and often alienated himself from his 2 sisters and brother. Extremely intelligent, baffling to his teachers, at times considered undisciplined Max lived his life by his own separate rules. But, when he decided to use the tube of an old tossed out vacuum to suck up all the yellow jackets in his yard in order to be able to ride take his bike out of the garage and ride it, you had to smile at his ingenuity even though what he did could have turned out dangerous and even fatal if anyone had gotten stung by these mean wasps.

What would cause someone to have the inability to not comprehend or understand the feelings and mind of others?  Max, brilliant, inquisitive, creative but often impulsive and placing himself and others in dangerous situations was a victim of teachers who did not understand or know how to meet his needs. A father who wanted to control the movements of others and a mother who worked her life to protect each of her four children and hope that the end result would not fail. What would was behind Max and his behavior: Asperger’s syndrome. Intelligent, often bored in school, able to emulate the speech of a college professor at an early age, Max needed more than just the help of one parent who never gave up. Where are Max, Andrea, Linda and Seth right now: Read this outstanding heartfelt story and hear their voices as each one tells you their own story through the narration of author Jeanne Denault.

People of the Forest

Hank Quense Jul 24, 2017 0
Let’s assume you are a new (or inexperienced) fiction writer. You probably know that creating a story requires a…
Psychology