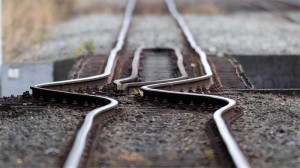 Deadly Focus: A FORMER top West Yorkshire, English detective who took charge of the investigation into 26 murders in just three years of his thirty-year career, and his wife – a retired police civilian worker are having their first crime novel published.

is the first in the RC Bridgestock series and will be out in paperback an e-book in May 2011. The second book, Consequences, will follow this summer.

The book, set in the imaginary town of Harrowfield, centres on the hunt for a young girl called Daisy Charlotte Hind who vanishes without a trace as she goes to show her grandmother her bridesmaid’s dress.

How autobiographical the experience of lead character SIO Jack Dylan is, as he confronts his worst nightmare when Daisy’s body is discovered and another child goes missing, is not clear.

But the knowledge of how serial killer investigations are carried out and how they affect the principal characters has the ring of authenticity.

Dylan is attacked on the job and finds his health under increasing strain as he struggles to find a balance between his passion for his job and his love for his partner Jen. Will he be able to catch the killer and secure justice for the victim’s families?

West Yorkshire born Bob, 59, retired to the Isle of Wight with Carol five years ago after 30 years service, all but two as a detective.

The ex-Morley Grammar School pupil had worked on the horrific abduction murder of Morley schoolgirl Sarah Harper and later headed many high-profile cases including the house fire in Birkby, Huddersfield in 2002 which killed eight members of one family. He also worked for a short time as a young detective on the Yorkshire Ripper murders. He was for five years a skilled hostage situation negotiator, successfully diffusing deadly situations.

“My police service was an incredible experience, which helped me to prepare for most things that life throws at you. In every walk of life, it’s the people who make the workplace an enjoyable environment, and Carol and I both miss the banter and our friends,” he said.

But he recalled, “A previous SIO once told me that three years in the role was saturation point and after five I knew he was right. In my final three, I dealt with 26 murders and 23 major incidents including shootings and attempted murders, plus more than 50 suspicious deaths – many in Leeds – and numerous serious sexual assaults. So the truth is it was time to go before my whole being was taken over.”

“The smell of the mortuary has now cleared from my nostrils and I have found the freedom that retirement offers – no pagers or phones to disturb our sleep or incidents dictating days off,” he said. 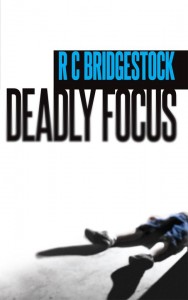 After cajoling from friends and family who enjoyed the police anecdotes, the couple made a life-changing decision and enrolled in a Write Your First Novel course.

Bob managed to turn out 120,000 words in six weeks – in longhand – in his own conversational style of writing.

Bob explained: “Deadly Focus is a detective novel and we cannot deny we have drawn on our extensive knowledge of police work.”

Carol said: “You’ve probably heard the saying, ‘there’s a book in everyone and for years, Bob has had people both laughing and crying with all the tales he has told. But whenever anybody said he should write a novel, he always said no, so you can imagine my surprise when he enrolled us on the writing course.”

Now they work as co-authors under the name R C Bridgestock.

” We thought it added to the conspiracy by making it look like it was one author. Bob writes the structure of the story and I write the emotional side of it and ‘craft’ his work for him. It works really well for us and we have both really enjoyed writing Deadly Focus and are now working on book 5.”

Carol said: “Our family and friends have all been involved and they are all intrigued by the books. But very few people have read the finished pieces and we want to keep it that way until they hit the shops. It all adds to the mystery.”

Talking of his move down south after retiring, Bob said, “We were asked ‘Why the Isle of Wight?’ Carol once took me to visit her childhood home on the south coast from where, across the Solent, I saw the Isle of Wight. Sitting on the spit head at Hurst Castle she told me of her young childhood dreams about the island and we decided to visit.”

“Neither of us has any doubts it is the place for us. Lovely countryside, nearby beaches, fresh air – the list is endless. The pace of life is idyllic and crime is low – utopia for a retired policeman.”

“We kept very busy for the first couple of years by renovating our home plus walking our golden retriever along the beaches and through the woods. We also bought a Springer spaniel and she had five pups. It took a while to realise that this was now our life.
“We consider ourselves to be very fortunate,” Carol said.

Carol and Bob Bridgestock were both born and lived in West Yorkshire until they relocated to the Isle of Wight in 2003. Between them they have a staggering 47years employment with the police, Carol being a member of the Civilian support staff and Bob being a Police Officer. They never had any inclinations to become authors, others found their verbal stories thrilling which led them to put pen to paper.
Bob
Bob was born in Huddersfield, West Yorkshire in 1952. He left Grammar School at the age of 15, served an apprenticeship as a Butcher then spent two years in a dye works before joining the police force on the 28th January 1974. In 1981 he was awarded the much acclaimed ‘Denis Hoban Trophy’ for outstanding detective work. On retirement he received a Certificate of Loyal Service from West Yorkshire Police in appreciation and recognition of 30years ‘Loyal and Devoted Service to the Community’. As a career detective he worked in the CID at every rank. For over half of his service he was a senior detective, retiring at the rank of Detective Superintendent. As an Senior Investigative Officer (SIO) in charge of homicide cases he took command of some twenty-sixmurder investigations, twenty- three major incidents including shootings and attempted murders and over fifty suspicious deaths and numerous sexual assaults, some of which were extremely high profile in his last three years alone. He received numerous commendations from high court judges and chief constables who credit him with personal commitment and professionalism, expertise and diligence as well as competent with skilful leadership skills in sensitive, complex high profile cases with the subsequent presentation of compelling evidence. He was a Force Hostage Negotiator and was also commended for his work into the investigation of a protracted, high profile investigation of police corruption in another police force.
Carol
Carol was born in Halifax, West Yorkshire in 1961. She left Grammar School at the age of 16 and went on to study hairdressing at College. At the age of twenty she was running her own successful salon as well as teaching at the College. In 1988 Carol commenced working for the Police as a member of the support staff in the Administration Department.As a supervisor she received a Chief Constable’s commendation for outstanding work for her determination and drive creating a poster competition for an Autumn Fall Crime initiative involving local schools.Carol enjoys reading and likes nothing better than to lose herself in a good novel. She always knew Bob could tell a good story because of the experiences he had had in his life but her nagging fell on deaf ears until in 2008 when out of the blue he enrolled them on a College course to 'Write Your First Novel’.

Carol is now the Chair of a local writing circle that developed from that course and involves the community in writing competitions for all ages.

Aidan Lucid Sep 19, 2014 2
One recurring problem I encounter with many manuscripts today is that the authors wait until page 50 or 100 for a…
Writing