The Rules of Literature

Ignore or not? – I equate those who closely study the various parts of a language with mechanics who build vehicles. Only they care about what type of nut, valve or spring is used in a specific part of the vehicle. Those who drive them are only concerned with getting from A to B.

Therefore apart from pedantic armchair critics, editors and language professors, do you seriously think that the average reader is concerned with the rules regarding what is or isn’t the correct usage of, or even the names of, the parts used like verbs, pronouns, similes when reading a story?

I suspect that to most readers, all that really matters is whether or not they enjoyed the story they took the time to read. Did it flow? Did they become engrossed by the plot? Did they empathize with the characters? 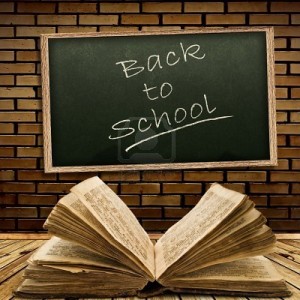 There is an awful lot of stuffy nonsense said by armchair critics concerning the work of various writers these days and their perceived lack of the rules, which most of us try to follow.

But, who among the millions of readers actually gives a damn if we bend those rules to make them fit the story we are telling? I’ll tell you, it’s only the tiny minority of anally retentive individuals among us (me included, though don’t tell anyone).

We turn up our collective noses in disgust, almost choking at the thought that someone has written a work of fiction which is popular despite largely ignoring the rigid rules. These days with the emergence of self-publishing, we cringe in horror at the cavalier way some independents write in order to make their story popular.

What is more important, the correct verb or a pronoun to use, or the use of punctuation, appropriate page breaks, short sentences, engaging dialogue between the characters and a clear sense of where the story is going?

While academic armchair critics seethe, refusing to countenance anything written in this new millennium other than their dusty dissertations on whether an apostrophe s should be added to a word or not; or perhaps a totally boring academic discussion on something written by one of their fellows in the last century and the centuries before, in the real world we enjoy engaging stories written by new writers, forgiving them their odd literary bending of the rules.

But one thing we will never forgive them is spelling, punctuation mistakes or the use of everyday conversation. Hearing someone talking in the street using lazy language is one thing, reading it is quite another.

Even we writers have our limits.

As I commented earlier today in an article entitled “Analysing the leaves and missing the forest” by Richard Parks on Facebook, posted by my editor – “This whole analysing of others work is a can of worms to be avoided at all costs. No two writers approach their stories in exactly the same way. Plus, what armchair critics argue is literary nonsense, others enjoy. The whole concept of a story is to entertain, not to instruct.”

One further point to consider – each work of literature will always have an audience. Whether it is written by an established writer, ghost written, or penned by a rapper, the work will please someone, even though the critics loath and despise it.

I Cried to Dream

Prev Next
2 Comments
Leave A Reply
Cancel Reply
On Writing