Sometimes you may notice a face in the crowd. Only for a split second, yet your mind will be filled with memories.   I nodded to her and I had not seen her in years. She now walked with a big, tall healthy-sized male specimen in the annex area of Toronto.  Let’s call her Miss MBA. 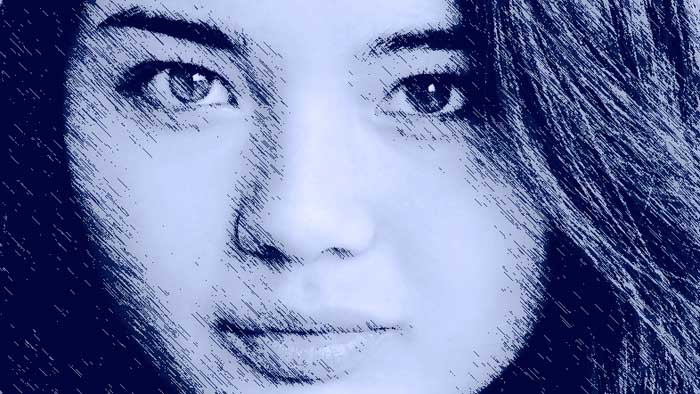 In late 2005, I met Miss MBA, a middle-aged Vietnamese woman. She had good connections in the publishing industry and that was enviable but her own story of how she came to be in her present circumstances required an explanation.

When she came from Vietnam, she had nothing, along with all the others from her generation. The media called them the Việt Kiều. She said she wrote about her escape from Vietnam, flight to Canada, and how she graduated from UBC, the best business school in the country, at the top of her class, all with knowing little English.

She then worked in a high-class restaurant to learn English.  At this episode in her life, she served the well-to-do and the prominent.

Surprisingly, she idolized Lord Conrad Black and author Peter C. Newman.  Why? Because they thought big in a small-minded country like Canada, where it is better to just get a J-O-B than do something that would make life worth living.

“And they did it,” she exclaimed. “And lived it too!” That burst of enthusiasm I often mistook for inner rage or even repressed self-hatred.

When she returned to Toronto, she worked at a big Bay Street firm, which she never revealed. In 2001, when the tech meltdown occurred, she lost $250,000 and landed up living in her sister’s basement, getting into debt with family and friends, all to pursue a career as an author.

At this point, this is where I met Miss MBA.  She read my then books that had been published by Publish America, she saw promise but disappeared for over a year while I wrote Mystery of Everyman’s Way.  After I announced the publishing of Mystery of Everyman’s Way, Miss MBA came back, fetched a copy of it from me, and read it.  She had an opinion on it and about myself too.

True to form, she produced her much-promised manuscript, or memoir, that she had written while holed up in her sister’s basement.  It was called The Classic Việt Kiều.  At that time she also had a place to write at the Toronto Writer’s Center which was then located in Yorkville.

I never understood how someone could pay such an outfit a rent-sized check per month, only for a place to write when there are libraries, cafes, or even food courts, which are easily accessible and free. In her defense, Miss MBA named all the first-time authors she knew with publishing contracts from the Toronto Writer’s Center.  It was way too pricy for me!

Through her I learned Canadian author Austin Clarke was very approachable to a lot of aspiring authors.  Yes, Miss MBA heavily frowned on my then association with the Writers and Editors Network.  She had an opinion on that too.

“Who do you know from there?!” she would demand with the full force of her character.

Imagine a detachment of American soldiers passing through parts of Vietnam towards the end of that war. In her work, she wrote how the U.S. soldiers invaded villages, killed unarmed citizens, set fire to their homes, and then paused for lunch in a decampment. While the soldiers rested, their victims would be seen and heard agonizing all around them. After they ate, the army would continue their conquest.

That visual alone shook me.  On the boat ride out of her war-torn homeland, her character would encounter Thai pirates who boarded the freighter, called the females out, both woman and girls.  They had them strip naked and were raped in front of others.

Those who refused to go along walked the plank into a sea, where sharks were visible. When I finished reading the manuscript, I was pensive for a long time. I took notes on how to correct the work and where it required character development.

Miss MBA was a difficult person to convince; maybe I lacked that force of character because I was soft-spoken by nature. She had to have it her way. She paid me $100.00 to read it and assess the work. “I paid an editor $4,500 already,” she admitted. “She went through it thoroughly.”

“No she didn’t,” I argued.  I then told Miss MBA that her manuscript lacked proper quotations in dialogue, punctuation, and character development. If all this was taken care of, including chaptering, her manuscript would be ready for Random House, Penguin Group, or Harper Collins.  I stressed that her work was vivid and heart-wrenching, unlike anything I have ever read.

She looked at me with disbelief.  For once, I was honest and she never believed me.  “Who is this editor that you paid to do the job?!” I demanded. She refused to answer. “They did a terrible job. They cheated you!” I told her. Still, Miss MBA wouldn’t budge. She walked away. When I emailed or called her, she sent me emails, demanding I never contact her again. These changes to her manuscript were not impossible.

Maybe some people are not brave enough to live their dreams. Some have seen too many dark corners to feel they deserve to have their story told and welcome the financial rewards that would come with it.  The last time I met her, she said she was teaching math in a high school in Etobicoke.

She never did get that manuscript published but the man she found looked like a lucky guy.

Maya Kavita Sep 28, 2015 2
Shakespeare Said It Best Friends, writers, authors - We're going to have to be techno-geeks if we want anyone…
Science