By Jack Eason Last updated Dec 26, 2014
0
Share
For all those who have, or are considering reading Glob’s Tales, here is some additional information:
A Brief Description of the Goblins and Bejuss
All southern wood goblins have green leathery skin to blend in with their surroundings and are very short in stature – barely 3 foot tall. Their ears are pointed and broad. Their mouths contain sharp pointed teeth. They all wear jerkins, and willow bark boots stuffed with dry grass for warmth. In winter they wear squirrel fur mittens. Their eyes are normally chestnut brown. But when enraged, turn blood red. 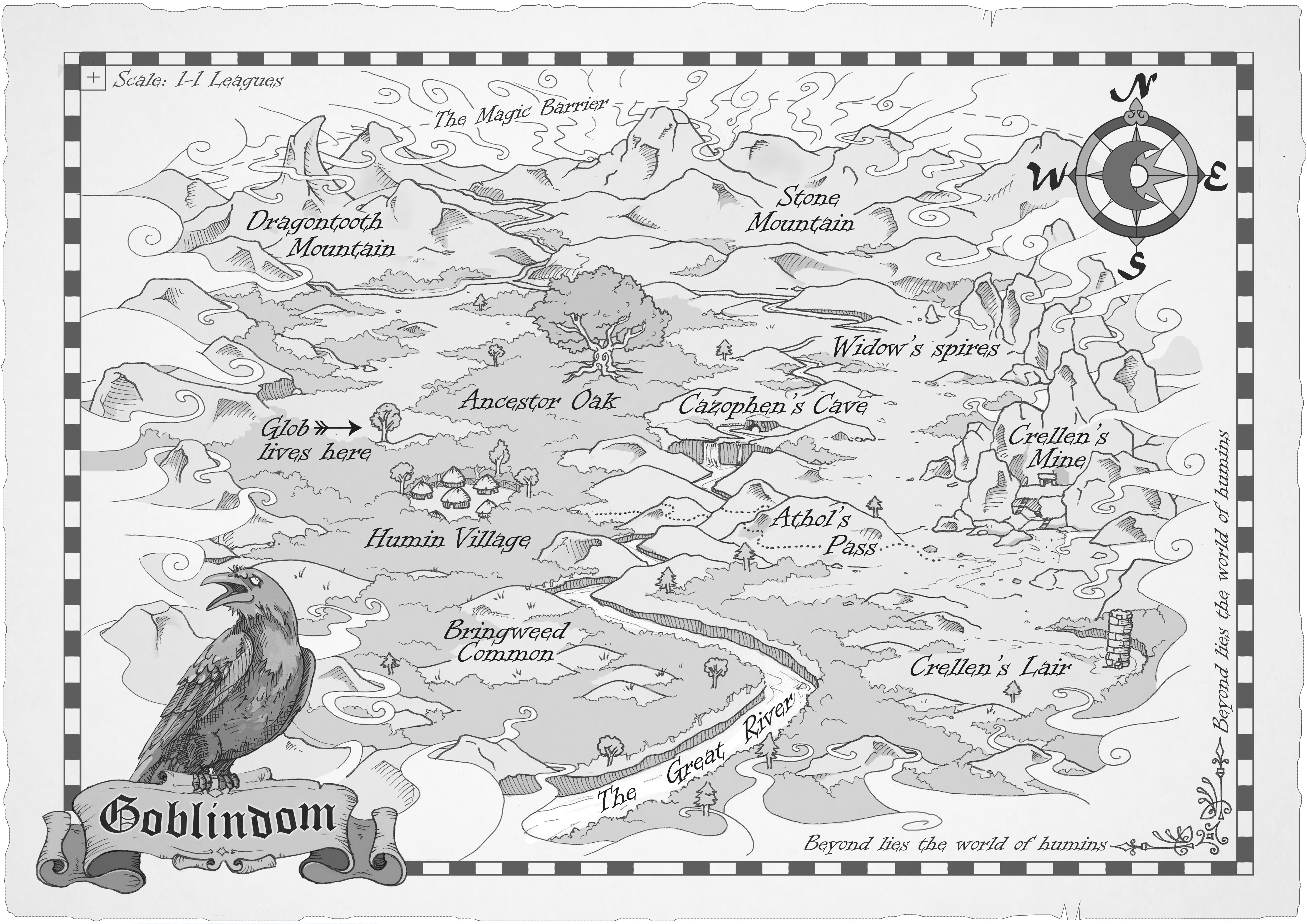 None of them look old, despite their great age.
Glob is the oldest of the goblin brothers and their leader. He is slim, long suffering, dependable and worldly wise. His favourite pastime is fishing.
Byz is the youngest at barely five hundred summers, and the skinniest. Put simply he is a gentle idiot. His face has that look all simpletons have. He is apt to wander off if not tethered to his bed or one of his brothers. Easily distracted, Byz plays beautiful music on his reed pipes and loves playing with spiders and all other kinds of creepy crawlies under his bed.
Mous is the accident prone member of the household and plump due to his love of honeycomb. His speech impediment forces him to substitute z for s when he speaks. He is prone to sulking. He is the unofficial cook in the household. He often has bitter arguments with his best friend Make.
Make is the pipe smoking, laid back, fat and jolly member of the household. Normally content with his lot, not much phases him. Make loves honeysuckle flavoured tobacco. His most prized possession is his briar pipe, or as he refers to it, his bestest briar pipe. Often, despite Mous being his best friend in the whole world, and the butt of his jokes, from time to time he does accuse poor Mous of stealing his possessions when he mislays them.
Neo is the upright, no nonsense member of the household with a tendency to explode when angered, who does not tolerate foolish behaviour. Severely cross eyed, extremely bad tempered, and wiry, he makes an excellent mead and is responsible for manufacturing their willow bark boots, neatly sewing them together using a bodkin and thread made from the best spider silk, despite his crossed eyes. When the chips are down, Neo is the one who will always guard your back. While he barely tolerates most kinds, he absolutely loves the old mare Miranda and the humin child Ylesse.
Bejuss is a one eyed, battle scarred, old lisping raven with a twisted beak and tatty feathers, who is absolutely devoted to Glob. His favourite pastime is pecking simpleminded Byz who he can barely tolerate. His beak is twisted like a piece of rope. It happened when his mother accidentally stood on him just after he hatched from his egg. He later lost one eye on a twig sticking out of the inside of the nest, during a scrap for food with his brothers and sisters when he was a chick.
Continue Reading
Fantasy GenreWriting Tips
0
Share FacebookPinterestTwitterLinkedinReddItTumblrWhatsAppScoop ItMediumEmail

Maya Kavita Jan 20, 2011 1
I think we writers need an outfit, you know, like a uniform. So that when people look at us, they'll know that…
Writing