I have written, of late, some fairly hard-hitting criticisms of elements of the way self- publishing is evolving today – from my perspective more important discussions to have than any positive features (naturally, since the positive features are…well, positive).

This article provides, what I think, are the key positive features of self-publishing 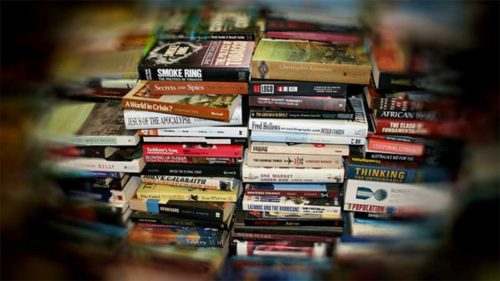 Before I get into the list of goodnesses, I want to make my position clear regarding self-publishing, rather than the specialized slant I take in this article. In my mind, for the purpose of this discussion, there are three categories of writers who are good – those who aren’t published, those who are self-published, and those who are traditionally published. ‘Good’ is defined as being able to write a work where there can potentially result strong, sustained sales (in my mind 5000 genuine unit sales per work).

My recent articles have been largely focused on The Grand Illusion, a hypothesis that many self- publishers (mostly poor writers, some good) are dynamically sustaining a distorted view of collective self-worth (in terms of literary ability) as well as other irrationalities. I also assert that the flooding of the publishing market with a very large amount of trash, is doing no one any good, including good self-publishers. The key message is that I respect all good writers, no matter what flavor of publishing they use, including combinations. When it comes to it, I respect poor writers as well, but it doesn’t mean that I think they should be contributing to the flooding of the market.

Self-Publishing is a Reflection of Exciting Times in Publishing
Self-publishing, only a few years ago, was virtually non-existent. Before technical innovation, such as printing-on-demand (which was a direct result of the digital revolution within the publishing business), and eBook technologies (emanating from Web-technologies), the only way you could self-publish was via vanity presses. And even then it was hardly publishing because the relationship between vanity presses and distribution networks to bricks and mortar outlets were virtually non-existent. The integration of these technologies with business models, mainly inaugurated by Amazon, was directed in the large to enable self-publishing. Ironically, this same technology has enabled the establishment of larger numbers of small traditional publishing houses, and eventually, the adoption of the technologies by large, established presses, albeit with commercial and business disruption.

It seems to me that self-publishing is riding the waves of change, and I think this is exciting. I believe it is symbolic of change and innovation, which is another exciting element of the publishing mode. I have noticed a fairly new trend of late where established, or semi-established, traditionally published writers are self-publishing some of their work, forming a type of hybrid model. In some small number of cases, the writers have enough of a popular base to ‘go it alone’ to draw higher income than what their traditional side can provide – although this appears to be a function of the self-marketing ability of the writers concerned, within the online world. In other cases, established writers may want to publish smaller work (novelette and novella sized) which may not easily have a place in the traditional publishing markets, or where they feel limited editions and specialized readership, makes sense.

Self-Publishing is a New, Additional Avenue to Professional Writing
There are a lot of writers in the self-publishing world who are talented and skilled in writing; many with potential, and some who are already adept. Nevertheless, I believe they represent the extreme minority among the masses. Those who enter self-publishing do so for a wide variety of reasons, but most want success and recognition, and many of them would like to be full-time professionals. Before the technological and business model revolution that allowed self-publishing to be viable, many of these talented writers would have to struggle for years before they could break into the market at all (and of course, many writers continue to follow the ‘traditional’ path). In some cases, the long, fruitless struggle is unfair. Self-publishing gives writers an additional chance to ‘get in’ (albeit self-contained in the self-publishing field, or as a stepping stone to traditional publishing), but noting they have unique challenges to overcome, including having to compete with literally hundreds of thousands of other self-publishers, and disconnects between institutions and processes that still are strongly biased toward traditional publishing, and are unlikely to change dramatically for years to come, if at all.

Self-Publishing Enables Opportunities For Growth
If handled correctly, the self-publishing process enables writers to expose their work to reviewers, alpha-readers, and the general public, and the feedback provides the writers with extremely valuable information. It can be easier to expose work in a self-published format, than the classic Word file, or ream of A4 paper. My personal belief is that this advantageous position needs to be supplemented with a careful injection of skilled opinion from some of those who provide feedback – writing is not something that grows to high skill by just writing. It is my observation that a large percentage of self-publishers inadequately expose their work to close scrutiny by good, established writers and reviewers

, for constructive purposes, and consequently squander this opportunity.

Self-Publishing is Fun
Self-publishing, as an act of translating a word processed document into an ebook or a printed book, is fun. And potentially quick, albeit with commensurate quality issues. There isn’t a better feeling than holding your book in your hand, or view it in an ebook reader. It is satisfying to get complimented for a job well done. Self-publishing allows these positive reinforcing emotions to be part of one’s life. The secret is not to let it swell your head, nor to reduce your need to keep improving.

Traditional publishing is also fun, as long as the author avoids the poorly run, or even rip-off presses – they exist, but largely can be avoided with homework. Most middling and large presses are good to work with, in part because it is in their interest, and with the right team-up, and mutual respect, can bring to bear talented artists, designers, format specialists, editors and proofreaders.

Self-Publishing Enables 100% Control
While I believe that this category is a two-edged sword, it is undeniable that with self-publishing all responsibility for quality is entirely up to the writer. Additionally, if the writer wants full creative/business/marketing control, self-publishing meets their needs completely. It is fully understandable that a writer who wants a break, but can’t find it through ‘traditional’ avenues, would be tempted to self-publish. I can’t blame them. I just hope that these self-same writers truly exhaust effective career paths, truly get quality, unbiased feedback, and make every effort that the end product is of a high, professional standard.

The Signature of All Things