For me, and maybe for you too, admitting to being an unpublished writer is sort of a little bit like admitting to having contracted some disease in some bizarre circumstance.

However, here I am, admitting to the wonderful readership of this blog that I am an unpublished writer; further to this I’m oddly proud of it too.  This feels good, cathartic almost, like my first night at Writer’s Anonymous. 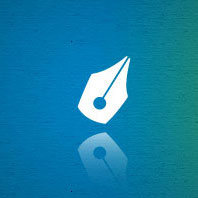 It’s been a long time coming too.  I spent most of my younger days reading all sorts of books, with a keen (perhaps unhealthy!) weighting towards counter-culture.  I’ve also had all sorts of jobs over the years but always come back to the fact that I’m just enthralled by literature – basically what I’ve learned about myself is that the gratuitous acts of writing and reading just do it for me.

So, a few years ago I decreed that no longer would I watch from afar, no more would I be content with solely reading, I wanted to become part of the writing world, a world where ideas and images conjured by language are kings.

With my mission confirmed I set down to diligently sketch out an idea for a story that had been bouncing around in my head for the best part of a decade.  Whilst I knew where it began, I really didn’t know where the narrative would take me.  It went well, the words flowed, my pen moved effortlessly and almost supernaturally across the page: I was fulfilling my dream of writing. It had begun.

I reached a fair point, some 30,000 or so words, and had judiciously self-edited two or three times.  I printed it off, held it, and passed it to several people to analyze and edit.

Once I’d made all the changes I decided that it was time, time to send off my baby to be critiqued by those in the know to see if my delusions and dreams had any substance at all.  I packaged up the first few chapters, bought an exorbitant quantity of 90p stamps and envelopes to send to a variety of publishing industry bodies.

I opened the first one with adolescent enthusiasm, tearing at the envelope.  Sadly, all that was contained inside was the returned, unmarked, extracts I had sent and a standard rejection note written on a tiny compliments slip.  I, however, was not deterred.  I posted off another tranche of submissions.  The curse of the standard rejection letter continued.

Were they even reading it?  Surely they could pass some kind of judgment?  Surely I could get more feedback than this? Doubt began to creep in – just stick with the day job, even though it provides zero intellectual or metaphysical nourishment – just stick with it.

After three batches of submissions I coalesced, none-the-wiser and somewhat baffled.  I didn’t know whether I had something entertaining – perhaps even interesting or eloquent – to say or if I should just stick to reading other people’s ideas and give up on my dream of writing.  I wasn’t upset or disappointed, I just wanted to know whether the lack of feedback was due to my work or the limitations of the system that had so effortlessly cast me aside.  I simply could not know.

The frantic research followed into all the facets of the agencies, editing, and publishing process.

A couple of years ago I eventually hit upon an idea. If the professionals can’t tell me, then how can technology help me to find out whether my work is any good or not?  I trawled the internet but couldn’t find anything that I could use for these objectives.  This is where the first seed began to grow for our new website for unpublished writers – www.iWriteReadRate.com.  At the time the proliferation of mobile and electronic reading devices was somewhat limited, so I left the idea simmering in the recesses of my mind.

In 2010 we began building out this idea; the seed began to germinate.  An online community for unpublished writers by unpublished writers.  A cyber-city where writers can upload, sell, and receive ratings and reviews on their hard work.  Where unpublished writers can sell their passion for writing as well as their stories.  A place where readers can provide direct feedback direct to writers, have access to them and become part of the writing process.  A brave new world in the dynamic between unpublished writers and readers everywhere.  I know this is altruistic – but then I’m an idealist at heart.

If we did it right we could put a new democracy into the writing process, where writers could get constant feedback from a community of other writers and readers about their work.  If we do it right then we can establish a new link in the chain and hopefully improve the quality of our member’s work to help them along their journey to becoming published.  We thought out and developed the idea, packing in as many features as we could that would benefit unpublished writers like us.

In the end, the only way to know if what you’ve written is any good is to have other people read it – you might not sell 1m copies but that doesn’t mean that what you have to say – the story you have to tell – isn’t worth the paper or screen it’s printed on.  It also doesn’t mean that it isn’t well written.  The only way to know is to put it out there and let other people decide.

From my research, I’m pretty sure that in this ultra-connected Internet age even the most niche literature can find an enthusiastic readership somewhere – it’s just a matter of reaching them.  The web seems intrinsically made for this type of connection between interested parties, it’s just that it hasn’t been used quite in this way for writers at this point, although this is now changing for the better in my opinion.

With these ideas now at the forefront of my mind I assembled the team and we set to work on building the website. I’m pleased to say that we’re due to launch our Beta website in April 2011 to begin building our community of writers and readers.

Pat Bertram Apr 2, 2013 1
To Reach a Particular Kind of Reader I am the reader I was writing for. There were stories I wanted to read and…
Publishing