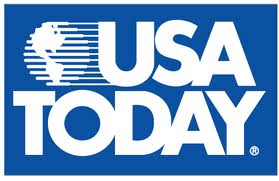 It is not often that Old Dominion students find themselves swathed in literary fame. Old Dominion alumni find their names listed in booksellers, but it is a huge feat when a current student achieves the status of having his/her book sold either online or in bookstores (self-publishing on blogs and writing sites do not count). Meet Brandon C. Jones. He wrote “Amphigory Almanac: Hebetudinous Humour, Pedantic Prose, & Linguistic Levity: Meet Mr. J” (might need a dictionary for the title alone), is a student, and quite full of wit and comedic charm.

Jones got his start being a stand-up comedian at age 17 at Ha! Comedy Club NYC. “Incidentally, I started by writing jokes and they were hebetudinous humor drenched in maladroit mediocrity. Subsequently, I became a preponderantly prolific penman. Parenthetically, some jokes from the stage made it to the page.” 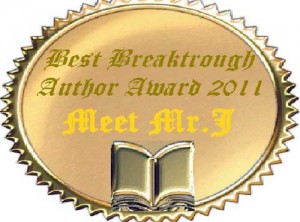 Such humor exists in jokes like: “I graduated class president, prom king, valedictorian . . . Man, I miss home
school. Sure every time I look in the mirror it’s a class reunion, snow days are never canceled, but when your body is the student body there’s no need for roll call at Brandon Jones Academy.”

For a good synopsis of the book, the best bet is to read it. Jones said about his book, “My book is confusing at best. Understanding some chapters is like trying to solve the Rubik’s Cube . . . color blind . . . Essentially it’s either a real book by a fake author or a fake book by a real author.” Whichever one it is, it is definitely worth checking out, despite Jones’ claim that readers want “an immediate refund and apology” after reading
his book.

It was not an easy process, writing a book. Jones juggled school and writing, and putting both factors together did not equate perfect results. There were times that he “almost gave up and folded under pressure like origami,” but many great authors take detours before arriving at the end of their journey. For his first book, Jones “trott[ed] the uncharted blue marble spinning in the abyss of star sprinkled doubt orbiting the galaxy of inevitable failure, frustration, and disappointment. I had no Rosetta stone, no compass, no archetypal template or formula to guide me. I was lost but kept moving forward at a steadfast and unwavering pace. I was like Lewis or Clark exploring the ragged edges of the universe.”

However, Jones did get come inspiration from his ODU professors, one of them being Dr. Joy, a Communications professor. “After acing the final exam in her class, I knew I could use sophistry to manipulate some automaton to publish my book even though reading it will you put you to sleep faster than a narcoleptic counting sheep on 20 mg of Ambien.” He made an articulate literary shout out to the great American novelist,

F. Scott Fitzgerald. “I pay a copious homage to F. Scott Fitzgerald’s brilliantly infested passages gleaming like the crimson bloom of the rose colored sun radiating with a subtle elegance yet a celebrated eloquence.” Also to Woody Allen. “I also like amalgamating erudition and absurdity like a nerdy Samuel Becket aka Woody Allen pre-Annie Hall.”

Jones did offer some good advice for aspiring authors. “Think outside of the box and the books.

Be the first to write a “Where’s Waldo?” book with flat brail that can only be read while using oven mittens. Or a book called “Ventriloquism for Dummies”, I can’t believe no one’s done that

double entendre yet.” He also remarks on publishing

in the era of e-books and instantaneous

reading. “Oh and don’t publish on paper. It’s an

Printed paper publishing is so outdated it

Jones is already starting on a new book.

“I’m making a yearbook because I never had one

in home school. I’m still not sure if I want the

last chapter to say, “Have a great summer, KIT”,

it’s just so predictable. Maybe I’ll think of a twist

ending while picking up some Windex for my

Asked about what he sees himself doing in ten

sign, “Will check grammar for food.” Or I’ll be

consumed with intrinsic elation while working on

knows, he may write the next bestseller including

found inside greeting cards. In the meantime, The Florist: Beware of the Roses