Hi folks: I tried to post all three interviews in one but Angie said she didn’t want to just have the links rather than the actual interview and leave you disappointed. I think she’s right. 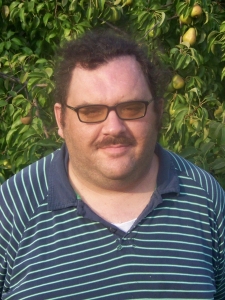 Q: Welcome to Beyond the Books, Larry.  Can we start out by telling us whether you are published for the first time or are you multi-published?
Sure. This is the third edition of Instant Poetry (Just Add Words!) I’ve also put out a chapbook titled Chocolate Box, A spoken word CD called Dragon’s Dance Volume One, an anthology from a contest I ran a few years back called Working Title and had my works published in: Everyday poets.com, Le  Mot Juste (2009) Pinnacle Hill Review and many others. I guess you could say I’m multi-published.

Q: When you were published for the first time, which route did you go – mainstream, small press, vanity published or self-published and why or how did you choose this route?
My first Published piece was in a magazine called Of the People (Tiger Lilly press)  the first books I made were self-published using a test top based POD  system called Jefin( just enough for now.) I’d publish copies as I need to and sold them at readings. After I’d sold out two editions (500 copies each) I decided to go everywhere and hooked up with I Universe

Q: How long did it take you to get published once you signed the contract?
3 months but the publishers promised promotion did not kick in till 3months after that.

Q: How did it make you feel to become published for the first time and how did you celebrate?
I went to a reading at the Bova Art gallery and told everybody! I got pretty tipsy on champagne that night but it was worth it.

Q: What was the first thing you did as for as promotion when you were published for the first time?
I went to readings every night and promoted the book to crowds of 40-300 people. This was just before the internet had really gotten started. Things like Facebook. Twitter etc., did not exist yet.

Q: Since you’ve been published, how have you grown as a writer and now a published author?
I’m actually spending time editing my work. When I first started the hook was that the material was raw! Unedited and in your face. Now mu work is more refined and I’ve found that a good editor can actually help sales. 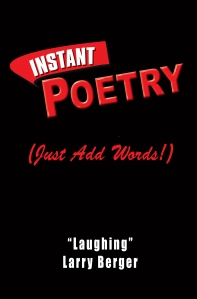 Q: What has surprised or amazed you about the publishing industry as a whole?
At least in the poetry Genre, most people still want physical books. I put the CD on the market and have sold 5 out of a 200 unit run in the past two years I put the third edition of Instant Poetry(Just add words!) and sold 20 copies in 20 days. I still go to readings and those who bring books sell them all. Those who bring CD’s barely sell any. Out of the hundreds of poets attending readings in my area, I only know of one who uses an I pad. Everybody else has books!

Q: What is the most rewarding thing about being a published author?
Knowing that my books will outlive me. I know some poets who never published and are now sadly deceased. Their voices died with them. But by choosing the right publisher, I’ve made sure that even if I were to drop dead today my books would still be available. It’s a kind of immortality I guess.

Q: Any final words for writers who dream of being published one day?
Yes! There really are no excuses anymore! Anyone who wants to can get published so do die silently! Publish and let your voice be heard.