As recent events have unfolded, I have begun to wonder how much of a threat or hindrance to the Indie writer the troll really is.

I firmly believe that their pathological blind hatred of any Indie writer, be they a first-timer or one who enjoys moderate success with their books, actually works to the writer’s advantage. 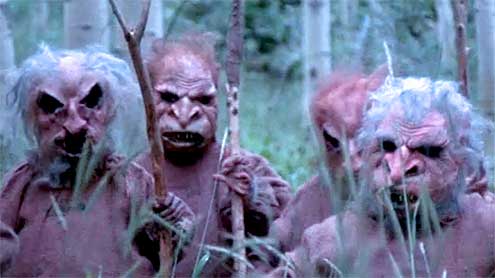 Far from deterring readers from buying an Indie’s book by employing their misguided campaigns designed to discredit and end a writer’s career, and by writing their often absurd so-called reviews, in fact, all they achieve is the exact opposite.

When the potential reader comes across a one-star review in the midst of four and five-star reviews, it heightens their curiosity. Often it is all the hesitant reader needs to convince them to buy if only to see what all the fuss is about.

In Goodreads for example, one particular troll has created a hate list of books entitled When Hell Freezes Over, driven by her insane desire to do harm to one particular writer.

The list is populated not only by that writer’s work but the books of all his fellow writers who he counts as friends. Here is the link to that particular list.

This is not the only list, there are many of them both on Goodreads and on other internet book sites and outlets.

So, are Trolls really a threat to the Indie writer? I think not. If anything we should be thanking them for making readers who otherwise may not have come across a specific book aware of its existence.

Note that like all cowards they hide behind pseudonyms. If you come across a one-star review written by one of them on Amazon, you will find that by clicking on their ‘name’ you see exactly where Amazon places them in its ‘Top Reviewer Ranking’. Not one of them rates as a genuine top reviewer. Most reside in the system’s doldrums with a ranking of two million or more.

Will they ever wake up to the fact that their campaign of hatred actually favours the Indie writer – probably not? The average Internet Troll left their brain at the door when they entered their bedroom to continue their often vitriolic attacks. So I would like to thank them for actively promoting my books on Amazon and Goodreads via their hate lists and their one-star reviews.

What each and every one of them forgets is that their actions constitute a criminal act under US Federal and State law. The same applies to their cousins in the United Kingdom…