How Did You Do the Research for Your Novel?

I researched my novel “Daughter Am I” for two years, but I also had help from a historian friend, and in fact, he was the one who inspired me to write the book.

He used to regale me with tales of gangsters. It got to the point where I couldn’t watch a gangster film with him because he’d keep up a running commentary about all the things the filmmaker got wrong, and I’d miss half the story. I did a lot of research myself, though, and it was a special joy when I discovered something he didn’t know! Most of the information isn’t on the internet, but resides in . . . gasp! . . . books.

Here are a few ways other authors did research for their books. The comments are taken from interviews posted at Pat Bertram Introduces . . . 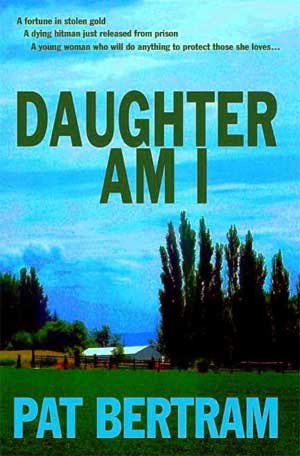 From an interview by Deborah J Ledford, Author of Snare and Staccato

I’m part Eastern Band Cherokee and knew that I wanted the Native American element to be instrumental for SNARE. Once I decided on the Tribe to focus on I came into contact with the communications director on the Taos Pueblo in New Mexico. Floyd “Mountain Walking Cane” Gomez read every word of the manuscript as I composed each draft. He either approved scenes, characters and elements, or told me flat out “No, you cannot use this.” (he told me this quite often!) Elements Floyd wasn’t sure about were cleared by elders and the Taos Pueblo Tribal Council.

From an interview by T. C. Isbell, Author of “Southern Cross”

I spent a great deal of time researching my book. I used period magazines like Post, Life, and National Geographic. Some research was accomplished using old books and the Internet. However, information on the Internet has to be approached with a grain of salt.

From an interview by Polly Iyer, Author of “Hooked”

You’d be surprised how many upscale women write about their adventures as a call girl. Like Tawny, these are smart women who think why not get paid for something they’re giving away free. The top women go places with exciting, rich men and make big bucks to do it. Just click on Google, and there they are, telling all.

I do intense research so that my facts are as realistic as can be in a fictional setting. I scour libraries, Google, read travelogues of areas I have not visited so that my descriptions are as true to life as possible, either today or in the time of the book’s setting. For that I interview people who lived and endured during the period. One interview for The Consummate Traitor was with an actual German aerocraft designer Canada protected so he could work on our Avro jet. He began as a fanatical NAZI with access to Hitler’s inner circle (He hated Goring) but by the end of the war, was so disillusioned that he ended up with a disassociated personality. During our interview he split from one to the other depending on what I described that triggered him to relive the past. I gained amazing insight from that interview and gave his hands to my NAZI villain. I have never seen hands like his — his finger tips were square, not rounded, and his shoulders were so slumped that his arms seem to hang too long for his body. I could picture him in an SS uniform with the shoulder paddings squaring off his body. He died a few years ago. He had Parkinson’s.

What about you? How did you do the research for your novel?
(If you’d like me to interview you, please check out my author questionnaire and follow the instruction.)

Review: It Happened in New Jersey

Trevor Johnson Feb 13, 2013 2
There's almost nobody alive who hasn't enjoyed curling up with a good detective book or other "whodunit." And there…
Featured