Greetings! – No pen-name here, my name’s Gerry Huntman and I live in Melbourne, Australia. I have a wife and a six-year-old daughter (yep, glutton for punishment at 50 years). 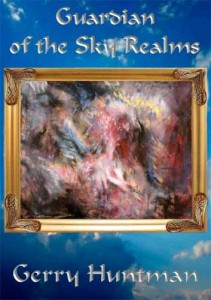 We are very happy in this neck of the Oz woods. I am, in order of importance, a father, husband, writer, publisher, and IT Consultant (the dreaded day job).

I write speculative fiction. Pretty much anything. I started writing ‘high’ fantasy but quickly branched into sci-fi and darker forms of fantasy, even horror. I also dabble (quite successfully) in some of the more narrow sub-genres, such as steampunk.

I know some don’t, but I like the term ‘speculative fiction’ – I don’t use the term arrogantly – it’s just that it pretty much covers my writing scope in two words.

I am currently publishing, on average, one specific short story a month, which I am happy with, but I still have to break into the ‘top-end’ publications – been damned close at times, so it will happen soon enough. A milestone of mine is to qualify for membership in the SFWA.

I am also the Chief Editor and part-owner of IFWG Publishing – a small traditional publisher whose HQ is in Missouri.

We publish speculative fiction but have been known to throw a curveball in once in a while (a few actually – adventure, historic, social commentary, thriller). Lately, however, we are concentrating more on our calling (just sayin’).

Anyway, that’s me. Just thought I would throw in one more thing, in closing: the following is the cover of my young teen fantasy novel, Guardian of the Sky Realms (IFWG, 2010). My first novel, and proud of it.

The Prism of the Futile Mirror of Vanity