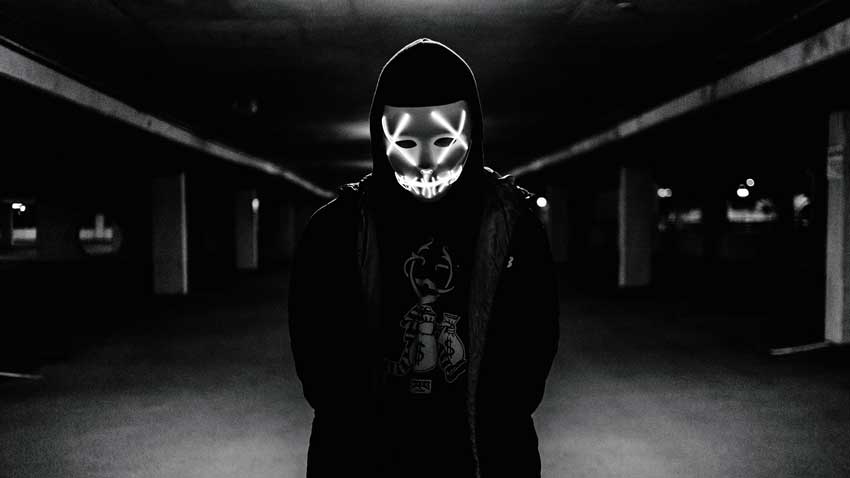 The Evil, Arrogant Publishers – Exposing The Grand Illusion Part 2: In my seed article writing as Chief Editor of IFWG Publishing, I hypothesized The Grand Illusion, a state where many self-publishers created a bubble around themselves, constructed of beliefs and views that were not necessarily based on fact.

While traditional publishers (actually, the top end publishers) are fighting over business and legal issues, like any big business, you adapt and work with what works – eBooks still represent a minority in sales. Still, it is rapidly catching up to print, and by all accounts, it has already passed hardcover (which has been in decline in a slow death since the advent of paperbacks and trade paperbacks in the 40s and 50s). In my discussion in Part 1, I also introduced the idea that the ‘in’ and ‘out’ group behavior, eloquently described by George Orwell

In and Out Groups

This is the core dynamic of this article. One of the most powerful factors that sustain the idea that ‘I am a member of a group, identified by common interests, and those who are not part of my group are somewhat, if not fundamentally, inferior, or in some other way, opposed to me.’

George Orwell described this well (citations in Part 1) and referenced Nationalism and Football Hooliganism as extreme examples of how the dynamics work. This does not mean that every person in a particular group has this attitude, and of those who do, it does not mean that all participants are extreme. Still, by succumbing to this dynamic, an awful distortion in perception occurs to some degree or another. A typical symptom is to abandon research and believe what anyone says who is identified as a group member.

Now we come to the subject at hand. Many self-publishers have not personally met or have had only fleeting exposure to traditional publishing companies and their personnel. When they have, it is usually at the periphery, where portals are deliberately set up. Namely, a professional reader sending a rejection notice to an aspiring writer. Sometimes an editor will take on this task. This, in itself, is not a positive way to view a publisher, and for some, it can be upsetting, and for others, who have had rejections piled on them for literally years, it can be much worse.

I do not suggest, by the way, that self-publishers are represented by category 3. Still, I propose that there are enough people in the self-publishing supergroup who are in this category that they represent a solid glue-like foundation of The Grand Illusion. These people will paint traditional publishers in amazingly broad brushes as evil, mercenary, unscrupulous, ignorant, conspiratorial, behind the times, etc. I don’t know how many people work in traditional publishing, but surely it must be in the tens of thousands – and is it appropriate to make generalizations about all these folk?

Additionally, a side effect of The Grand Illusion is to fail to separate broad strata within the traditional publishing field: for instance, editors, artists, and other trained, often highly qualified and experienced folk, versus management in the large companies; and distinguishing between small, middling and large companies. I am the Chief Editor of a small company – we publish a little over a dozen titles per year, and we have close relationships with most of our authors. We help them, and they, within their capabilities, help us. We represent the lower rungs of the publishing and writing ladder. And we enjoy the work and get giddy when our authors get published and praised. I have other small and middling publishers in my circle of friends and acquaintances, along with editors, and the vast majority have the same views as our company.

They want to make a living from their business, and they want to help their authors. More often than not, if there is a conflict between those two urges, the authors are given the benefit. I know some authors and editors of the larger publishing houses, and guess what? Within their fields, the technical and editorial staff are professional, qualified, and work in the best interest of the author and their company, and 99% of the time, they can achieve this with hard work. Remember, of course, that working for a large company has the usual pain and misery associated with working for any large company, but that does not mean that the editors, proofreaders, format designers, cover designers, artists, slush readers, etc. etc., are automatically aligned with the more unsavory aspects of business management ethos, etc.

The nice thing about running a small concern is that we don’t have to be bullied or take part in big business machinations at all. Instead, we work to the best of our capacities and often stay monetarily poor but creatively rich. And we dream. What gets me is that in The Grand Illusion, not only do the irrational assume that the editors and artists, etc. of the large companies are all those ugly, awful things I listed earlier, but the smaller players are no better.

Of course, if the irrational do distinguish the small/middling publishers from the large, they will question the fore-mentioned credentials. My answer is straightforward: there are small publishing houses that shouldn’t run and are managed by amateurs. They exist. Many industries are plagued by the unscrupulous. What is reassuring is that their track records will see them out for what they are with a little bit of research. I strongly advise any writer who wants to approach a publisher to do that legwork first. Middling publishing concerns are more likely to be legit, because the unscrupulous will, on average, find it hard to earn a buck. The majority of traditional publishers, small, medium, and large, are legitimate concerns, and it is up to the author to choose where they want to enter the business. While I believe I can safely say it is easier to get published by a smaller concern, it should be noted that many small publishers offset their costs by producing less, which in turn makes it hard to get accepted. Some great small publishers, like Ticonderoga Publishing, only produce 3 or so titles a year. And good for them, because they win awards.

There is nothing but straight out professionalism in the everyday interaction between an author and a traditional publisher. A common myth among The Grand Illusionists is that editors are out to take over creative control. Bull shit. To start with, most publishing houses are only interested in work that has already progressed in maturity that getting the work to reader-ready is a matter of polishing, not an overhaul. Most editors look at working with an author as a partnership, where most changes are a mutual effort to improve the work. I personally edited over 2 million published words, and even the best authors need guidance – not because they are bad authors, but because novels are large works. It isn’t easy to sustain the same quality over 80, 90, or 200 thousand words. Additionally, both the author and the editor gets too close to the work and cannot see the forest for the trees – proofreaders

who have not been exposed to the work at any stage are best suited to help in that arena. I repeat, however, that we are talking polish here, not overhaul.

Self-publishers will often take exception to those who criticize them for not having the capability to polish a work to production quality. In an ‘us and them’ mode, they will often react by stating that most or all traditional publishers are not qualified either. This is an unadulterated myth. Most publishing staff who get paid to do their work, and keep their company afloat with quality material, are good at what they do. Most self-publishers aren’t. It’s that simple. There are exceptions in both cases.

I have friends who are publishers and editors, and they have families, are kind, reasonable people, and have as many failings as anyone else. Meeting them face to face confirms their humanity, their professionalism and tears down the illusion that they are arrogant, untalented, and care nothing for authors. It’s a bit like getting any folk who are divided by race, nationality, language, religion, politics, sporting teams – and getting them together to talk – in no time, there is an epiphany – and it can, in fact, burst the bubble called The Grand Illusion

Alan Place Jul 19, 2012 2
Recently my good friend Jack wrote the article "Reviews sell books" which to some extent is true more to the point…
Writing