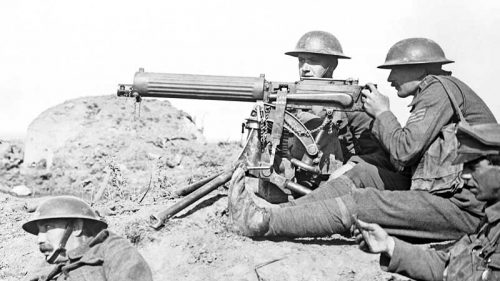 Washington Irving wrote: “There is in every true woman’s heart a spark of heavenly fire, which lies dormant in the broad daylight of prosperity; but which kindles up, and beams and blazes in the dark hour of adversity.”

As I read these words several years ago, I could see her, a drab woman, defeated by life, dragging herself through her days in the normal world, but in an abnormal world of strife and danger, she would come alive and inspire others. And so Kate Cummings, the hero of my novel A Spark of Heavenly Fire was born. But born into what world?

I didn’t want to write a book about war, which is a common setting for such a character-driven story, so I created the red death, an unstoppable, bio-engineered disease that ravages Colorado. Martial law is declared, rationing is put into effect, and the entire state is quarantined.

During this time when so many are dying, Kate comes alive and gradually pulls others into her sphere of kindness and generosity. First enters Dee Allenby, another woman defeated by normal life, then enter the homeless — the group hardest hit by the militated restrictions. Finally, enters Greg Pullman, a movie-star-handsome reporter who is determined to find out who created the red death and why they did it.

Kate and her friends build a new world, a new normal, to help one another survive, but other characters, such as Jeremy King, a world-class actor who gets caught in the quarantine, and Pippi O’Brien, a local weather girl, think of only of their own survival, and they are determined to leave the state even if it kills them.

The world of the red death brings out the worst in some characters while bringing out the best in others. Most of all, the prism of death and survival reflects what each values most. Kate values love. Dee values purpose. Greg values truth. Jeremy values freedom. Pippi, who values nothing, learns to value herself. 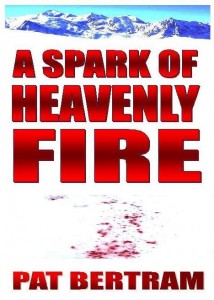 Though this book has been classified by some readers as a thriller — and there are plenty of thrills and lots of danger — A Spark of Heavenly Fire is fundamentally a Christmas book. The story begins on December 2, builds to a climax on Christmas, and ends with renewal in the Spring. There are no Santas, no elves, no shopping malls or presents, nothing that resembles a Christmas card holiday, but the story — especially Kate’s story — embodies the essence of Christmas: the generosity of spirit.

Why does A Spark of Heavenly Fire begin on December 2 instead of December 1? Glad you asked that. All through the writing of the book, I kept thinking: if only people could get through the first fifty pages, I know they will like this book. So finally came my duh moment.

Get rid of the first fifty pages!! With all the deletions and rewriting, I couldn’t make the story start on December 1 as I’d originally intended, but that’s okay since it didn’t end on December 25 as I had hoped. The story overgrew its bounds, but the symbolism still held since it ends around Easter.