Did They Read the Same Story?

Take a look at the following six reviews for my sci-fi novel Turning Point. You would be forgiven for wondering if the reviewers had read the same story. Despite the words you the author write on the page, each reader sees the story differently. 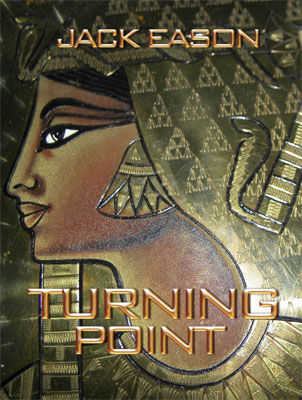 Take the first review as a classic example. In it they claim that the stories’ hero Tom stumbles onto a hidden realm, when in fact he was guided to it. The reviewer also maintains he meets angelic-like beings there.

Nothing could be further from the truth. The people in question – the Nephile are the remnant of an age old civilisation that is blessed with a long life span (1000 years approximately). Apart from that and the ability to levitate objects they are the same as you and I:

Reminiscent of Doyle’s “The Lost World”, the main character, Tom, stumbles onto a hidden realm in the heart of New Zealand. Within the prehistoric surroundings, lies a very advanced alien race, the Nephile.

These angelic-like beings have hidden from their mortal enemies, the Drana and their cohorts, the sleazy little Khaz, who seek to enslave anyone they can. They enlist Tom to help with their mission to overcome the impending Drana invasion. The resulting struggles occur worldwide, resulting in a catastrophic war.

Along the way, Tom falls in love with a beautiful Nephile named Auset. This development, being the romance-a-holic I am, was my favourite part of the whole story. Their love and struggles here spawn the events that lead to Onet’s Tale.

The only things I would have liked more of were some deeper characterization and dialogue. Otherwise, it was easy to be swept away into this epic and deadly story. I recommend this, and Onet’s Tale, for any readers of classic sci-fi. Go grab a copy today!”

The second reviewer gets their facts correct:

“Jack has produced a very interesting novel with “Turning Point.” It is far deeper than just another Science Fiction story. Apart from the struggle between good and bad, and the development of the main characters stories and profiles, Jack explains a lot of the World’s great mysteries.

One of these is the visibility/invisibility of UFOs. It also references the electromagnetic grid, as calculated by New Zealander Bruce Cathie. This grid covers the earth and its full power has not yet been realised by we modern citizens of Earth. However, in Jack’s story, its secrets are partially unravelled, including the mysterious ancient sites that coincide with the grid, such as the great pyramids and Stonehenge.

Towards the end, the story touches on the concept of the Gaia theory as presented by Dr James Lovelock. The Gaia theory proposes that all organisms and their inorganic surroundings on Earth are closely integrated to form a single and self-regulating system, maintaining the conditions for life on the planet. This put simply, means if we stuff things up, the Earth will take its revenge, and wiping most of us out so other life forms may continue to survive.

The story was easy to follow, although at times I did get confused by the characters and their names, but perhaps that is just me, not the fault of the story. In all a cleverly structured and well researched novel, and can be considered truly Science Fiction, rather than “Science Fantasy” which most stories of the genre are, since Jack points strongly towards the mysteries of the Earth becoming unravelled.”

Then we come to a review seen through the eyes of a military veteran who was enthralled with the action:

“This reminded me of the tales from World War II, the little groups of men and women desperately fighting the Axis powers, doing little more than pinpricks as to a voodoo doll, but each bringing an annoyance of pain to the conquerors.

A rousing tale of desperation, courage and hope; guts beyond measure, and sacrifice as true to man in this story as it was in the various resistances of old. The Sci-Fi aspect finally answers some age old questions, one being ‘are we alone?’ A must read for adventure lovers as well as Sci-Fi. Well done Mr Eason!”

Next we read the review of an avid book reader, game to take on a sci-fi story, seeing it as an adventure story:

“Take one adventure story, give it a sci-fi twist and add world war three. Mix in some answers to historical myths and legends and you have Turning Point. Take a journey with our hero Tom as he crosses the world rallying support to overthrow the evil aliens, you won’t regret it. I highly recommend this book for all lovers of a good adventure story and if you like sci-fi, you’ll find it realistic and entertaining.”

Next a short but honest review from a person who watched the story unfold chapter by chapter, back in 1995 when I wrote the first draft:

“This awesome book does it all for me, the premise is great, the story moves along very nicely, the characters are easy to identify with and it is a very now story. For all science fiction fans this really is a good read!”

And finally, a review from a fellow writer of some note who I asked to read it through, prior to publication, who also gets his facts correct:

“In a world full of authors, it’s a delight to know there are still those few who can tell epic tales. Turning Point by Jack Eason fits this bill completely. Set in New Zealand, the tale unfolds of how a likeable young man, Tom, stumbles upon a secret that will change not only his life, but of all humanity.

Starting with his discovery of the Nephiles, which then leads him to the dangers posed by the Drana and Khaz, he joins in the fight for survival. It’s a tale on a grand cosmic scale and so well told, the characters leap from the page at you. A highly recommended read for those who love science fiction, and classic adventure tales.”

I am extremely thankful to the six reviewers for taking the time to read Turning Point and produce their own take on the story. The way each of the six people who wrote their reviews saw Turning Point, is not unusual. Take any given newspaper article, give it to a dozen people to read and you will get a dozen different points of view even though the words they all read are the same.

If Only You Could See Me