When an Alpha Woman’s Pen Dances…

Is Domination an instinct in our nature or something that humanity discovered or became addicted to? Perhaps the reason why Father Adam ate from the Forbidden Tree of Knowledge was not his lust but his curious instinct to know how it tastes to dominate the Nature around. 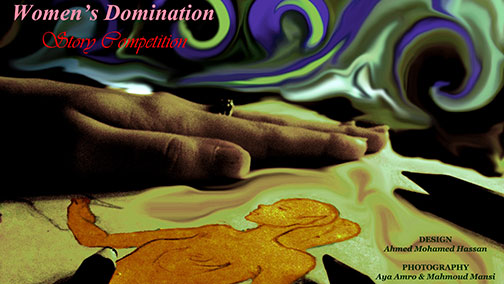 Power is always translated in our minds as a threat, yet with power comes responsibility and protection. Whether domination causes a threat or not, this in the end depends on the person beholding it…

Women’s domination has been a fact that the world is witnessing through this era, not only in developed countries, but in developing ones too like Egypt.

Some people define domination through physical beauty, smart emotions, thoughtful minds, formal authorities, and sometimes supernatural powers, and though these might seem like different approaches, they all might lead to the same conclusion.

With the growth of female domination, two philosophies bloomed higher and started to become widely known amongst many of us. The two branches of this plant are Feminism and Anti-Feminism. They are both watered by the same source and provide the same fruits, but perhaps with a different flavor, and both methodologies might nourish one another even if unintentionally.

Women’s domination nowadays is reflected in the three most powerful things in life; economy, art and psychology…

Women’s power in economy does not only prove that she can be financially independent and earn more money than a man too, depending on her wits, but it also reflects her existence in the money market and in the cycle of production.

Her power in art proves her understanding to the environment and her adventure to communicate with its wildness, and succeed to either tame it or make it wilder.

The power of a woman in psychology is a gift that she always had, but when combining it with her new gained powers, she becomes a mistress in wielding them altogether to reach her goal.

The Forgotten Writers Foundation – formed during the Egyptian revolution to establish “Democracy through Literature” – is issuing its second short story competition about “Women’s Domination” to make a study through the submissions on how different cultures and genders perceive the idea of women’s power, psychologically and philosophically.

In our multi-cultural Egypt, there are some women who are still against the concept of feminism. However, the foundation defines feminism in a very simple way: “The right for all women to speak up.” That’s why anyone is free to participate in this competition with any kind of thoughts, for we strongly believe that there is much more theory than that existing in all the published books, whether classical or contemporary.

Feminism itself as a concept is considered a separate revolution on politics, traditions and upon the minds…

Domination is defined differently by diverse cultures, social classes, educational backgrounds, and perhaps by genders. That’s what logic might say, but personally I think through experimental tests we can prove that there are people who are very similar in personality, yet can be very different in identities, and from this point, one would be sure that “unity” is not a dreamy concept or a theoretical one after all.

Mahmoud Mansi, an Alexandrian writer who studied business all his life, Bachelor Degree in Finance and a Masters Degree in Marketing, and at the same time very passionate about art and nature. He discovered his talent of writing when he turned 16 and started writing in English with a goal to deliver the power of Egyptian philosophy abroad. Meanwhile as he won some awards in both writing and business, he started to blend between both extremes and formed a foundation called "The Forgotten Writers" during the revolution.

The aim of this foundation is to empower Egyptian literature abroad and to inspire global literature, by releasing its own international story competitions on social topics and problems facing the world.

Mansi believes that each kind of art affects us in a very unique way, and this way reflects upon our personal lives, thus by time he learns to perform and experience new talents.