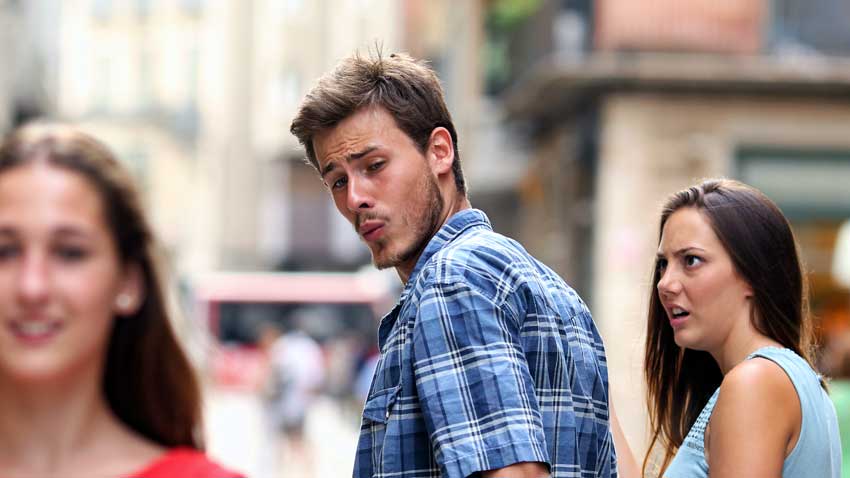 Cheated on Most Often

There is no denying to the fact that we all have cheated at one point of time.

We all have been there. Cheating in a test, cheating in a UNO match, and whatnot. But while those innocent instances of cheating usually reflected our innocence, as we grew up, the word cheating took on a much more severe form. It was no more about asking someone an answer to a question in our exam. Instead, it became more about breaking someone’s heart or betraying someone’s trust.

There are no set rules in place, or there are no watertight compartments that state that people with specific characteristics are bound to cheat, or people with certain traits will definitely get cheated on. But psychology has shown that some of us with particular features are more likely to cheat. Unfortunately, many of us are more likely to be on the receiving end as well.

So what types of people are most likely to get cheated on? Let’s try to find out

People Who Are a Little Less Conscientious

On the contrary, a person who isn’t much in control of his or her life is much easier bet to cheat on since that person might not even take notice if something goes wrong until it gets to the point that it can’t be ignored. Hackers and scammers may manage to steal small sums of money from that person’s bank account, and the concerned person may choose to ignore it.

Similarly, from the relationship point of view, a more conscientious person may try to put in more effort into his/her relationship to make it work, and that might strengthen the relationship. Conversely, if a person doesn’t bother to put much effort into a relationship, it indeed will reflect disinterest, and his/her partner would feel less and less attached, and they might end up cheating.

People Who Are More Agreeable

This might be the most heart-breaking point on the list. Still, a study by Meghna Mahambrey of the Ohio State has revealed that one of the personality types that has been a victim of cheating and infidelity is the agreeable type. Agreeable people are usually more caring, gullible, and sympathetic, and many a time such people have the pay the price for being nice human beings. They are more likely to get cheated on, simply because it is easy to deceive them.

In relationships, they are the more trusting ones, and their partner can decide to take to advantage of it and indulge in cheating because they know their partners are less likely to doubt them. Similarly, people may take advantage of their sympathetic and kind side and scam them for money.

Now, if you identify yourself as being an agreeable person, don’t change yourself simply because you are more likely to get cheated on. If your partner cheats on you by exploiting your trusting nature, honestly, it’s his/her loss because, in the long run, she or he will regret losing out on a person like you.

However, it won’t hurt for you to be a little cautious. Next time when someone asks money from you for charity, maybe ask them a few questions about where their organisation is based, what do they do, and other such questions. Or possibly don’t believe your boyfriend or girlfriend blindly if they say they stood you up on a date because aliens invaded their house.  A little cautiousness can go a long way to protect yourself from the possible hurts that you might encounter.

People Who Are Overprotective and Insecure

On the opposite end of the agreeable spectrum, we have the super insecure lot. This phenomenon is relatively common in college and university romances. In many such relationships, it is seen that one of the partners is overprotective about the other person to the extent that s/he puts several restrictions on their significant other in terms of whom they can meet, whom they can talk to, and so on. And while this is pretty common, it is decidedly not healthy.

I agree college romances can be hard despite what popular media says. College and universities are places where a person is surrounded by people of different genders, different tastes, different regions, etc. To put it down very simply, colleges and universities present a myriad of options when it comes to dating and relationships. And yes, it can be challenging to see your significant other surrounded by so many people, and it is natural to feel a tad bit jealous. What, however, is not natural is to become so blinded by jealousy that you stop trusting your partner altogether and start monitoring his/her every move.

You might feel that by always keeping an eye on your partner, you will prevent them from straying. However, the real effect of this is actually the opposite. The more tightly you want to hold on to someone, the more the person would like to slip away. Don’t make your relationship a suffocating experience. Learn to trust your partner, and you will be surprised to see how positively does it impact your relationship.

At the end of the day, none of this justifies cheating. A person who cheats always has the option of not doing so. Cheating is a deliberate step that is taken up by someone. However, by imbibing certain traits or by letting go of some toxic ones, you either can enable yourself to spot some red flags early on, which can protect you from a lot hurt in the future, or you can create positive aura around yourself so that you attract likeminded people.

Mary Jones is the co-founder and editor-in-chief at TopMyGrades, which focuses on career counselling for university students in the US, Canada, UK, and Australia. Mary has conducted a series of tutorial sessions pertaining to marketing assignment help to guide students to write better in University assessments. She has extensive content editing experience and has worked with MSNBC, NewsCred, and Scripted in the past. She has also authored blogs on Lifehack.org, Wn.com, Medium.com, Minds.com, and many more digital publications.