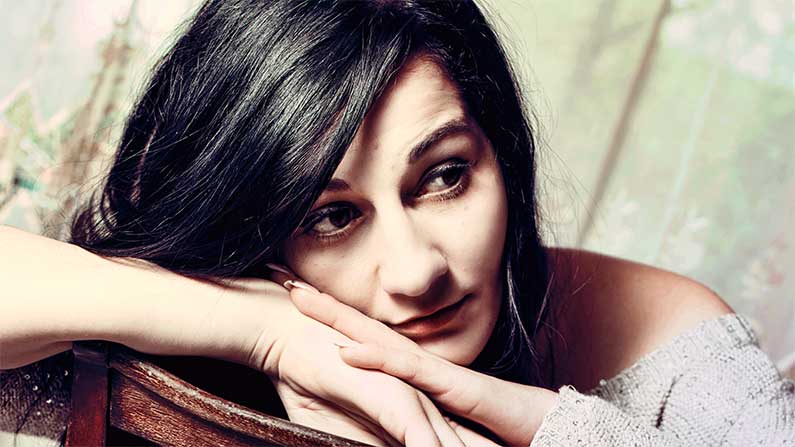 There are a few funny things about the God in my life today.

The first and most ironic, to me at least, is that a person like me should claim a God at all. Maybe it is that you don’t know me, but if you did, you’d probably find it pretty amusing too.

The second is that I forget about Him all of the time. I can be engaged in being of service or in the act of doing what I believe I am called to do, and I somehow forget that I am of just as much worth. And, that I am not meant to become some form of collateral damage.

The third funny part of things is just how sneaky my God is. He works within me so quietly. If I don’t move toward Him, He moves toward me. He comes to me exactly where I am to use whatever can be plucked up from my mess, to draw me out and toward the light.

I am often pulled gently into a new place of growth, ever so delicately. I have been moved great distances, and I’ll find that I have not noticed it at all. It’s because it was designed that way. I am often lured out of my hiding by the less than finer things within me.

Yes. That’s right. God uses even the mess within me. I am busily blinded by something shiny and beautiful, something I want to conquer or have. Something I am righteously angry about and want to fix. Sometimes I stomp forward in utter arrogance. Sometimes there’s something I want to win! I won’t see much past a competitive need to own or control, or with arrogance, fully accomplish

Sometimes God moves me by the very things that are still at odds or jagged and sharp, or that lay in a pile of broken hard-edged shards, things that lie most deeply buried inside of me; with those things I am comfortably drawn out. Until suddenly I will look up and realize, I’ve been pulled out of my hiding by those very ignoble things. I will see how I was nudged toward the light by something so perfectly imperfect within me.

My spirit of competition has led me to many great places, quite by accident, I might add. In April, I celebrated a great milestone. It was a big victory. It was when I first surrendered and moved toward grace when this God I am talking about was first acknowledged in my heart. That was a victory that I got a foothold and a shot at, purely because I decided that I wasn’t going to lose. I was going to win!

That competitive bloodlust that thrives just under the surface inside of me bought me time to fall to my knees and to find my own soul’s grace. It allowed me to make my way to my place of victory through my personal surrender.

I am confident that it would not have happened if God had not met me exactly where I was. He joined me there in the pit of my deep despair where I was death rolling with hopelessness, trying desperately to hold on to the pieces of long worn-out things, the stuff that was killing me.

He came along and sat with me when I had been completely unable to let go. I was drawn out by my stubborn sense of competition. I was allowed to compete until I was ready to recognize the enormous surrender I had a chance to make. A state of grace that I could walk right up and claim.

I have often found myself in just the right place, time, and circumstance to grow a new layer of spiritual muscle. Many times I have come to see that I have been drawn there by imperfections within myself. I have been angry. I have been fearful. I have coveted. I have been lustful. I have wanted to compete. I have been stubbornly prideful, selfish, and have been driven by greed and need.

I have been insatiable in my gluttony for worldly treasure. More times than I care to admit I have fought harder to gain the acclaim of a stranger on the street, than I have concerned myself with what God thought of me. I have arrogantly thought I could fix something God has let break. And, I have been dazzled by shiny things. I hide from grace.

I peek out from a deep trembling hiding place, and something glitters, and I pounce. I will travel sometimes great distances batting at things, like a cat with a ball of yarn, until time and distance have played themselves out to a degree that I finally look up.

And, often it is here that I accidentally find a chance to move in toward becoming the exact person I once meant to be. Led out by lizard-brained base desires and self-will in overdrive, but given a chance to claim a state of dignified grace, anyway.

I turn back around and see the distance I’ve come on some blighted instinct inside of myself. Once I dimly recognize it I can catch myself and shift my footwork and aim it deliberately toward the light, or I can stubbornly carry on. Though I no longer get to go forward in a state self-satisfied padded oblivion.

It is here where I find myself on the precipice of a choice. I can continue forward in my childishness, or I can flip my instinct upon its head, and aim it toward grace and give it back to God. It’s almost always a good trade! Good golly, this girl does make some tracks while chasing the dented things.

I am a fear-based person, so growth for growth’s sake is a scary thing. My God is good enough to meet me where I am when I refuse to move. He will belly up and join me at the bar and marvel at my tattoos, and He sings Karaoke Friends in Low Places; He knows every word! He belts it out with the best of them! I’ve often said that my God is probably your God. Or even your absence of God.

He just doesn’t mind the F word, nor does He necessarily need your praise or disdain of Him at every turn. My God is big enough that He sticks around regardless of you or me. My God just is.

It’s still true that God uses other people for me, first. Sometimes He stirs me out by tugging on my very own tender and rough spots. But, any way you look at it, I am certain that I have been the broken toy offered up to God and pulled back again and again. God lives in me, in spite of me. And, yet I’ve heard it said that our imperfections may be the unique thing about us that we have to offer back to God, anyway. In me, the pickings are plenty. I overflow with them.

Yet I am a fighter. I fight toward the light. I don’t even know how to quit. I fight against my fear. I have faith you cannot see. It reaches fathomless depths; I just forget about it sometimes. It is remarkable stuff, though. I am a reluctant badass.

My growth aches inside of me, and there is almost always profound anger and then sorrow that follows when I recognize the bait and switch. Those feelings keep howling company with me until I am led to a quiet, wind-scrubbed sudden silence and introspection. How do I wish to emerge again? Do I move forward dazzled by the worldly disaster that drew me out? Or do I flip it on its head, take the distance I’ve made and lay my defects at the alter?

Sometimes like a sulky little child, I do both things for a while. I pick it up. I drop it. I grasp it back and pull it in against myself, clutching it like a favored teddy bear, squeezing my eyes shut, and sticking my tongue out at God. I stomp back and forth and wear grooves in the floor. I drop to my knees even as I flail and curse blue streaks to Heaven. Sometimes it takes a while to pry my fingers off. Sometimes I am much too angry to let go.

Whatever I choose to do, God has used it. There is no mistaking the ways I am drawn out and forward. Often my growth toward God is preceded by a parade of giggling dancing small defects. It does not take away from the grace I get the choice to accept. Because these days, that is where I end up aiming myself, in the end. I move wobbly and slow.

But, I move. Out I come like a dented-up hero. I am reluctant. I’m even angry. But, I find that whatever the motivation is, in the end the barest truth is that I somehow show up.

When God meets me where I am, I often find myself just as surprised as anyone at the distance I can make. I am handed my greatest chance at grace. The shivery, thin skin of the onion whispers as another layer falls away. If I am softened to a place of willingness, the light of grace finds its way in.

And, not always through the noble places; but sometimes by illuminating every nick and scratch, by chasing out the dark and flooding light into every tender broken place. My woundedness offers up salvation. I can emerge healed, made more beautiful still, as if knitted back together again and veined through those once hopelessly shattered places, in gold. All I have to do is show up.

It doesn’t matter what I think it is that brought me there. Because whatever it was, the good, the bad, the ugly, all that dimpled skewed up stuff that exists within me, God counted on it. God knew exactly what it would take to would bring me here.

To What I Become

The Letter To Myself

The Road I Am On

Suspense Magazine Oct 23, 2013 1
Here is the deal coming from an editor: "Don’t tease us, we don’t like it. Let us know in your query the beginning,…
Psychology