There was an old man, a craftsman of wood who made keepsake tables, chairs, chests and other beautiful things that would be lovingly passed down from generation to generation

“Wood has a soul,” he used to say. “It must be treated with respect and honor as it brightens the lives of all those fortunate enough to possess it.”

As a child, I watched him mold common boards and timber into works of joy. They were stained, and hand rubbed, like satin to the touch with a beauty beyond anything I had ever seen before or after. “Take your time,” he would say, “and a little piece of you will live in your work forever, so make it the best it can be.” 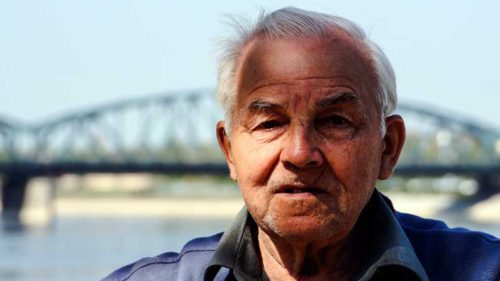 His word was his bond and he paid every debt, even at the expense of things he needed. “You are only as good as your word,” he would say. “Your word is your honor. Never dishonor yourself.”

Living a simple life, he never asked for much for himself. “I watch my children grow to become good people. That is my reward. I need nothing more.” I remember him telling me that more than once. And I remember him paying into a government system that promised a small retirement income and health care in his old age. But, when it came, when his body started to fail and the doctors told him they could operate but that it would cost a great deal of money, he questioned them.

“What about my government health care?” he asked. “I’ve paid my whole life. Do I get nothing now that I need it?”

“Medicare has been reduced,” they replied, “and our fees have gone up. You’ll have to pay.”

He thought it over, carefully considering the cost of this medical service and adding up the value of everything he had saved. He considered his age, his now grown children, how much longer he might live if he had the operation and decided that leaving his children with nothing but bills was not acceptable.

“I wish to sell my house,” he said to the realtor. “Get me what you can but I want the money by the end of next month. No later!”
Over the next six weeks sold everything he owned, house, furniture, automobile, tools and personal items. There was now enough cash to pay for the operation but, instead of taking it to the doctors, he put it into three envelopes each displaying the name of one of his children. Along with the money, he included a few photographs and a note that read:

“My darling children, I’ve been told that if I have this operation, I might live another year or two but it will cost everything I own and I will have nothing to leave you. I’m saddened that, even though I’ve always paid my fair share, the rules have changed and I have to pay again or do without.

The incredibly high cost is just not worth living a dozen more months, mostly as an invalid. So, in these envelopes is all that I have to give. I want you to have it instead of giving it to strangers who already have more than we ever did. The car they drive cost more than my house so I don’t think they really need it anyway.

I hope I’ve taught you well but now, I’m going fishing. Perhaps I’ll see your mother again. I hope so. I’ve missed her. Life hasn’t been the same since she died. I’ll think of you once in a while and hope you’ll do the same. Be everything you want but don’t ever dishonor

A Soldiers View of Afghanistan