The Beating of Angel Wings

Listen to the sweet melodic music of Mozart, and the beating of angel wings, breathing a pure and holy feeling into all who welcome them. For those who believe and pray for help.

Welcome the guardian angels, God will surely send, as I. For once in such a moment somewhere in my soul, a pure and holy feeling came over me. I thought I died and had gone to heaven, and I decided it was okay; I even wanted to stay, but my guardian angel insisted I return. Like flowers drawing their life from the sun, she filled me with love to share with others when she escorted me home. 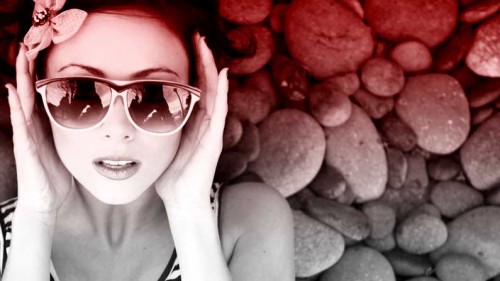 The arrival of faith in my life has been a gradual process. As a matter of fact, the journey toward God has been so gradual for me that I have been unaware of much of it. There was no burst of light, no burning bush just a gradual cleansing of fog hiding God’s plan for my life. I have heard since there are an infinite number of angels; the greatest service anyone can pay the angelic hosts is never consciously to limit the ways they make themselves available to us.

I think this must be true, as spontaneous writing and drawing at the keyboard leaves windows open for my guardian angels who muse to partner me magically when I am creating. They show my hands how to speak. There are few if God and his angels. I know they have appeared to me for my benefit because the writer, artist and woman in me, need their involvement in my life. I understand angels transcend the logic of our existence, but many of us believe in a higher power so why not believe in his angels? It occurs to me that all that I am and all that I have accomplished is a tribute to my Mom and Pops despite and in spite of my constant denial.

All that I righted in my life; any heart I brightened, or any burden I squashed was because of my parents. They were like gardeners planting bits and pieces of themselves into me. They taught me to work hard and believing in the universal rule that what goes around comes around. They taught me to be creative and believe that I can make anything I want or need.

Despite the fact that I felt neglected as a child, I was always well fed and knew they were busy in the next room, not far from me. I am still their little girl with my aged heart on fire for their love and approval. My kids shot across the sky into infinity, forever impervious to my mediocre mothering. My parents helped me raise them, too like most grandparents do. Now I am helping raise my grandchildren in between pages of this book. As adults, my kids are now writers of their destiny, sculpturing their lives despite what I want for them. They carry with them my love, my wit, and my good intentions as well as my many apologies for cutting them short on opportunities for growth.

I have two grown boys. Both suffer from depression. One of them works, and his depression hasn’t taken over his life. The younger has been dysfunctional since he was a teenager; he has been in and out of rehabs and made several suicide attempts. I also have two grown daughters; one takes medication, and the other one refuses to take medication. It upsets her balance somehow. Both drift from place to place looking for something to make them complete.

I had a younger brother who committed suicide rather than watch our mom die years ago. He also suffered from depression especially after serving in Viet Nam. We were estranged as brother and sister, always keeping a record of our wrongs. The first time I ever touched him, I found him dead on the floor. I am hoping my kids will all at some point come to understand what Corinthians 13 reminds us of. That love does not keep a record of wrongs, love is not happy with evil, but is happy with the truth. Love never gives up. Its faith, hope, and patience never fail. Love is eternal. There are faith, hope and love; of these three the greatest is love.

As I look back on the last few years, I had with Mom and Pops, my life was an unending circle of joy, surprise, and pain. I finally had the personal time I always wanted with them. I took them into my home when they were bed-bound, sick and dying. Mom and Pops as usual had their feelings all tucked away out of sight. I hoped Mom was loved passionately when she was a young and lovely woman. I hoped her breasts were cuddled and admired for late in life she lost them both to cancer. She stuffed her bras with compact puffs she got at the dollar store. She bore the brunt of our nightmare by reading the Bible, being hopeful and useful to others almost every minute of her life as did Pops. Both their gravestones should read, “They did what they could.”

When we talked, it was about paying bills not dying. We complained to each other about aches and pains. Even though divorced for many years, my parents’ eyes kind of twinkled when they saw each other. Maybe, there was love there after all. Pops died six months before Mom had a stroke and was helpless, bed-bound and in my care. Thankfully I didn’t have to take care of them both at the same time. Both died so close to their respective birthdays. They told me they loved me and never figured to be a burden to me. Both eventually were out of their heads and unable to speak.

Instead of being the companion I wanted to be for them, I had to be their nurse. I eventually fed them through tubes and diapered them like there were my babies. I held their hands, stroked them and they stroked mine. In the end, when they couldn’t speak or eat, handholding brought on crying spells for us all. Surprisingly, they needed to be touched as much as I.

For my Mom and Daughters