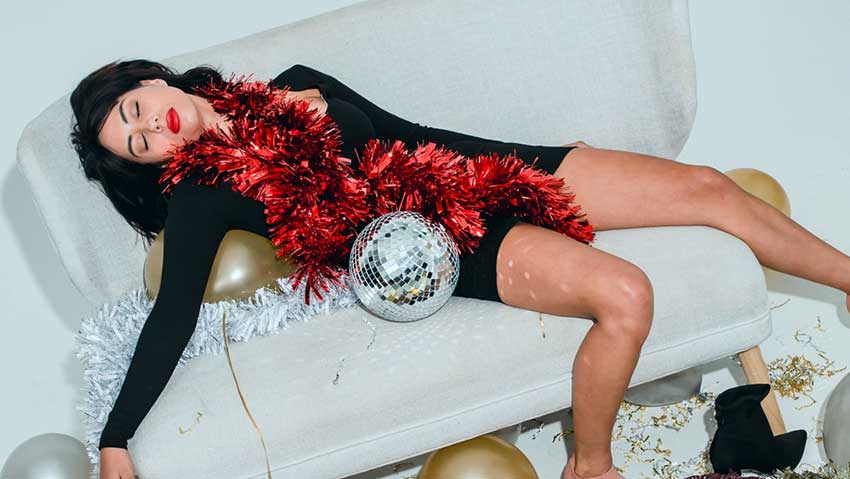 Twenty million women in America are tossing and turning on a nightly basis.

Learn about sleep disorders and what causes them; find out how to get the best sleep of your life!

Feeling sad every now and then is a fundamental part of the human experience, especially during difficult or trying times. In contrast, persistent feelings of sadness, anxiety, hopelessness, and disinterest in things once enjoyed are symptoms of depression, an illness that affects at least 20 million Americans.

Depression is not something that a person can ignore or simply will away. Instead, it is a severe disorder that affects how a person eats, sleeps, feels, and thinks. The cause of depression is unknown but can be effectively controlled with treatment.

Insomnia is prevalent among depressed patients. Evidence suggests that people with insomnia have a ten-fold risk of developing depression compared with those who sleep well. Depressed individuals may suffer from a range of insomnia symptoms, including difficulty falling asleep (sleep-onset insomnia), difficulty staying asleep (sleep maintenance insomnia), unrefreshing sleep, and daytime sleepiness.

However, research suggests that the risk of developing depression is highest among people with both sleep onset and sleep maintenance insomnia.

The good news is that treating OSA with continuous positive airway pressure (CPAP) may improve depression; a 2007 study of OSA patients who used CPAP for one year showed that improvements in symptoms of depression were significant and lasting.

In many cases, because symptoms of depression overlap with symptoms of sleep disorders, there is a risk of misdiagnosis. For example, a depressed mood can signify insomnia, OSA, or narcolepsy.

A neurological condition that causes discomfort in the legs and sleep problems, is also associated with depression. According to the Restless Legs Syndrome Foundation, approximately 40% of people with RLS complain of symptoms that indicate depression if assessed without considering a sleep disorder.

They are also more likely to suffer from weight loss, impaired movement, and anhedonia (an inability to feel pleasure). In addition, NSF’s 2006 Sleep in America poll, which focused on children aged 11 to 17, found a strong association between negative mood and sleep problems. Among adolescents who reported being unhappy, 73% reported not sleeping enough at night.

Also known as “winter depression,” is one type of depression. SAD is believed to be influenced by the changing patterns of light and darkness that occur with the approach of winter. Circadian rhythms are regulated by the body’s internal clock and exposure to sunshine. Therefore, when the days get shorter in autumn, circadian rhythms may become desynchronized and trigger depression. For most people with SAD, depressive symptoms resolve in springtime with increasing daylight hours, when the days lengthen out.

Living with depression can be extremely difficult. Depression not only affects the way a person feels and thinks, but research suggests that it is also associated with severe chronic health problems such as heart disease. Therefore, if you are experiencing symptoms of depression, it is imperative to seek treatment as soon as possible.

Symptoms of depression vary from person to person. The following is a list of the most common symptoms. Some depression patients have only one of these, while others may have some, most or all:

Depression is often accompanied by anxiety, low self-esteem, and physical symptoms such as back pain, headaches, and gastrointestinal problems. In addition, sleep problems such as insomnia and daytime sleepiness are often among the most debilitating features of depression.

Treatment for depression typically involves a combination of psychotherapy (including cognitive-behavioral therapy) and pharmacological (drug) treatment. These therapies may be used to treat both depression and insomnia, and treatment for sleep problems is often an integral part of depression therapy.

Sleep disorders may complicate treatment for depression. For example, patients with both OSA and depression should avoid sedating antidepressant medications due to their potential to suppress breathing and worsen OSA. Before beginning therapy for depression, talk to your physician about any sleep symptoms you are experiencing. In some cases, effectively treating the sleep problem may be enough to alleviate the symptoms of depression.

Cognitive-behavioral therapy (CBT) is a behavioral approach to treating depression that is increasingly popular due to its effectiveness and lack of side effects. The essential features of CBT for depression include cognitive restructuring, a technique that targets the thoughts that lead to depressive feelings, and behavioral activation, which targets behavior that may perpetuate depression. CBT may be used to treat insomnia and depression at the same time. Click here for the components of CBT for insomnia.

There are several different medications used to treat insomnia, and your physician will work with you to determine which is best for you. Some of the most common drug treatments for depression are:
Selective serotonin reuptake inhibitors (SSRIs) effectively improve mood in many patients, but they may also cause or worsen insomnia.
Tricyclic antidepressants – tricyclic antidepressants are typically sedating, but they may also carry serious side effects such as high blood pressure.
Mood stabilizing anticonvulsants and lithium are commonly used to treat bipolar disorder.

In preparation for a visit to a health professional for depression evaluation and treatment, it is helpful to keep track of your mood and use a sleep diary for two weeks. Sharing this information with your therapist will help guide treatment and the correct diagnosis.

Treating clinical depression may take time. Depression medications often take weeks to take full effect, and some individuals may need to try a variety of drugs before finding the one that suits them best.

Keep in mind that you should not stop taking a depression medication because your symptoms improve as this may cause symptoms to recur or other ill effects. Always consult your health care provider before making any changes to your depression therapy or medication regimen.

Addressing sleep symptoms is of critical importance to recovery from depression. Be sure to discuss any sleep problems that persist as mood improves. Such problems may signal the presence of an underlying sleep disorder.

Depression can be stressful and exhausting. It can also make you feel helpless and hopeless. In addition to treatment with a medical or mental health professional, here are some tips for helping you cope with depression daily:

Additionally, NSF’s 2006 Sleep in America poll of adolescents aged 11 to 17 revealed that among those who reported feeling unhappy, 73% reported not getting enough sleep at night.

I am a resident of Second Life and write for Angie's.

Worst Reasons Not to Exercise