Have you ever suffered from the Cinderella Syndrome or Pleasing Others Syndrome? How about Peer Pressure?

Have you ever been pressured by friends into doing what you felt in your heart was wrong? So many of us have been peer pressured into alcoholism, drugs, political strife, and even pregnancy. My generation knows how the young of us can take wrong turns and change for the better. 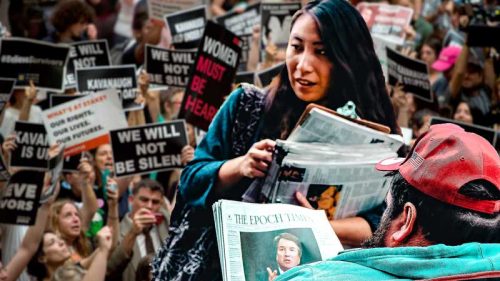 But how many of us that are high-functioning adults hungry for power? I’m wondering if all power seekers have an inbuilt radar on the weak of mind and spirit? Unfortunately, unlike fantasy, it is no fun to be led astray by others.

There are many ways we as adults can pleasure others without hurting ourselves in the process. If you were a child who was loved by your mother and father because of what you did for them, rather than who you were, it is likely you grew into a people pleaser. However, by definition, “love” is unconditional.

Maybe, we’re not looking for love so much as wanting to please others. Doing more for others, will not make others like or love us more. Our valuation of ourselves must come from deep within, not from pleasing others.

We must fight hard to survive pain from any kind of abuse even childhood abuse. Did you know, not receiving approval from your parents is a form of emotional abuse? So many of our children nowadays are spoiling their children because of a lack of love from their parents. Again, we all dig our future as growing sometimes takes a lifetime.

We all have been abused in one form or another. Some might think it was our fault we were abused in the first place. It doesn’t matter what color we are or what gender we are, or how old we are. We all become lost and codependent as people pleasers. On a more personal level, Melody Beattie, a strong black woman, wrote in Codependent No More, “Ever since people first existed, they have been doing all the things we label codependent.

If you want to build a relationship. Use trust as your bricks. And patience and goodness as your cement. Your problem is this: There is not enough time to get done what others want you to do. Morality is about character as well as integrity, honesty, kindness, generosity, and moral courage. But, more than anything else, it is about how we treat people. Whatever reason we please, we all do it for different reasons including being a codependent personality.

So, if you are wondering how you recover from the Cinderella Syndrome or People-Pleaser Syndrome, check out the following exercises in reclaiming your rights:

Today Christine Blasey Ford said during a tense Senate hearing that she was 100 percent sure that her sexual attacker so many years ago was Judge Brett Kavanaugh. Both Brett and Christine had to relive this attack while the world watched, both trying to dig out of their emotional turmoil of so many years ago.

I think both were sexually harassed today by our Congress. It is a sad day for America. What nobody mentioned in the hearing, was the damage peer pressure and people-pleasing can do physically, mentally, and emotionally for a lifetime.

A completely different case was also brought to court this week. There was a time not too long ago when politics and relationships were subtler and not so political and partisan. We laughed at the antics of Clinton and his cigar and John Kennedy and his Marilyn Monroe (who incidentally committed suicide.)

Today, the once-celebrated and revered father on the Cosby Show on television from 1984 to 1992, was sentenced to Federal Prison for 3-10 years for sexual assault and rape. As he’s now legally blind and too old to probably remember his conquests, I wonder if he knows why he’s being punished as it’s not going to rehabilitate him. I thought that was what prison is for.

I also wonder just how many of the sexually harassed were innocent people pleasers or Cinderella actresses just looking for their future; and, instead found themselves drugged and raped?

Clinton, Cosby, Kavanaugh, and even Christine Ford as well as the 60 victims of Bill Cosby, in my opinion, all suffered from the Cinderella-Syndrome, also known as the People Pleaser Syndrome. All were highly educated, wealthy, competent, and most would say “lucky.” Today. I imagine all these lucky souls are pouring salt into old wounds not yet healed when trying to rest or sleep.

Science used to believe the brain was always awake. Now they believe no part of the brain is ever fully awake. I wonder if that is why so many of us relive our nightmares even in the daytime. If you go through life feeling as though you are “not enough” this may be a symptom of wanting to please others.

Be aware that people-pleasing does make it easier to ignore the red flags of abusive relationships. Let it be known that early in our relations, especially with covert manipulators, we can also become conditioned to please continually.

It is a sad, intrusive habit to take on when pleasing others at your disadvantage. Something to think about is if you are used to walking on eggshells around your abusers? You don’t have to walk on eggshells to maintain relationships. Coins have two faces, just like people. If you’re tired of fake smiles and thank you’s, remember when abusers wish you the best, they’ll also hate you when you make it solo.