Is it just me, or has our society become increasingly, narcissistic? Up until the past few years, I really hadn’t even heard this word used before.

But, to start things off, some of its meanings are stated below from the online source, Wikipedia:

Narcissism is a term with a wide range of meanings, depending on whether it is used to describe a central concept of psychoanalytic theory, a mental illness, a social or cultural problem, or simply a personality trait. Except in the sense of primary narcissism or healthy self-love, “narcissism” usually is used to describe some kind of problem in a person or group’s relationships with self and others. In everyday speech, “narcissism” often means inflated self-importance, egotism, vanity, conceit, or simple selfishness. Applied to a social group, it is sometimes used to denote elitism or an indifference to the plight of others. In psychology, the term is used to describe both normal self-love and unhealthy self-absorption due to a disturbance in the sense of self. 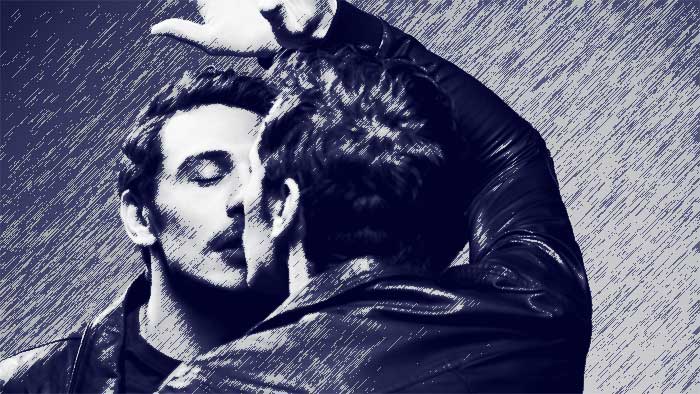 Okay, that pretty much sums it all up doesn’t it? I mean, look at those terms above, do you know people like this? Well, unfortunately they seem to be popping up everywhere you look. However, to be fair here, we all have a little bit of narcissism in all of us, don’t we? I mean, sure, most have tingled at the thought of having our picture in the paper, on the TV, plastered over the silver screen, or our names in print for all to see. It’s only natural to appreciate it when someone pays us a compliment, tells us that whatever we’re doing is making a difference in the lives of others.

Or maybe we’re just comfortable in our own skin, knowing who we truly are. Once again, it’s only human nature when something, or someone makes us feel better. BUT, when self-promotion, arrogance, and love-of-self dominate someone’s personality, well, there lies the problem.

When someone is narcissistic, there traits are so easily identified they might as well be hanging a sign on their backs in bold, red letters saying, “Love me, need me, want me!” They walk with a certain attitude and swagger, knowing full well that the world should always be revolving around them. Having said this, allow me to give you some of my observations from 49 years of living:

Narcissistic people not only deeply love themselves, they continually want others to feel the same, never accepting anything less. They must have that feeling or they tend to get very upset like little voices running inside a kindergarten playground–can you say, “Pampered Hollywood Celebrity, Corrupt Politician, Greedy Corporate CEO, Cocky Sports Figure, or Fame-Obsessed Housewives of Wherever?” They desperately need your approval and are sickened when they don’t receive it. They must feel as though they’re centered in the spotlight, unwilling to accept even the slightest imperfection or criticism from others. They love the mirror, the camera, their appearance, and their achievements no matter how big or small. Some are unusually loud and dominating in conversations (both one-on-one and especially among groups). Their opinions are God-like and gospel, and not open for interpretation. Lots of them are racists, and only give to others less-fortunate if there’s something in it for them (picture in the paper, etc).

If someone they know receives any kind of accolades, attention, luck, or good fortune they either curl in a fetal ball or quickly focus their interests back on themselves. They simply can’t handle sitting silent while others succeed, on any level, and they have extreme difficulty working under any type of direct control or authority. They must be the boss because no one can ever do it better. Some even stoop to lying, and discrediting others in an attempt to steal their success and demoralize their character so they appear superior. Politicians are masters at this, we see it everyday throughout the airwaves.

If you’re involved in any kind of relationship with a narcissistic person (marriage, friendship, business colleague, etc) think about how a sit-down lunch with them would go. Would the conversation be balanced? In other words, would both of you express ideas, and comments about each other, 50/50? Or would the words being spoken be 99% about them? The easiest way to tell is to use a lag in the conversation to say something, anything, about you or others in your life. Would they engage, or circle the words toward them again? Would they quickly get irritated, even resorting to criticizing you to shoot the feel-good adrenaline back deep inside their veins? Were they on their cell phones texting, even talking, while glancing at their watches because their time is much more important and valuable than yours, at least, in their eyes? Were you the one waiting on them for lunch, knowing through history that they were always late? Even during day-to-day interaction, do they put forth the effort to actually talk with you on the phone, or is communication strictly limited to text’s and e-mails? Do they have anger issues when being questioned, or asked to do something they feel is beneath them? Are they obsessed with looking better (lots of plastic surgery, etc), even promoting their self-admitted beauty whenever given the chance? Do they continually have trouble connecting with others on a personal level, always placing the blame and fault on the opposite party when things go astray? Are they hyper-competitive, diving towards depression when they loose at anything? Do they hate rejection of any shape, pattern, or form? Are they impossible to please, no matter how hard you try?

Getting the picture here?

Narcissistic personalities are killing our society’s fundamentals. We see it all the time on TV, the internet, and in the workplace with voices shouting back trying to make us feel inconsequential and trivial. So why have their numbers grown in recent years, and where does this type of behavior stem from? Many believe it starts during childhood, and the thinking is (from reading lots of psychology) that parental upbringing plays a large part. If a child is pampered, given everything he/she ever asks for, is never told “no,” is overprotected, sheltered, or even abused it can lead to a confused state of being, therefore, narcissism oftentimes follows. Much of this isn’t the persons fault, but how they conduct themselves during adulthood is the way they choose to behave, sometimes not willing to leave behind their adolescent insecurities.

I’ve had the good fortune of meeting some successful people who certainly had resumes which could support being a narcissist. However, humbleness was their dominating trait. No matter their fame or fortune, they always communicated on a level playing field with myself, and others. They didn’t need the praise, or slap-on-the-back admiration to get through the day. Rather, they let their work and achievements do the talking, making appreciating them far more easy and willing.

As stated above, I think at one time or another, we’ve all been a little guilty of being narcissistic on some level. However, choosing to be humble and modest is by far, much more attractive.