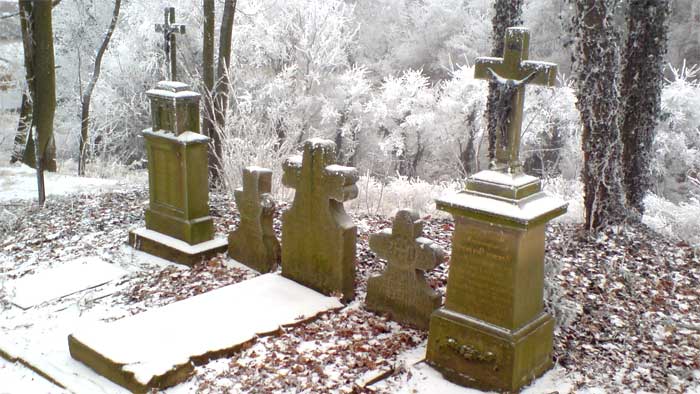 Once upon a time, one day so long ago it happened that there was a certain family which lived a solitary existence, and in this family, there was a death.

because it had never occurred to them in their lifetimes so they had kept the corpse of their Granny with them.

In the kitchen, they would help it into a sitting position by leaning it against the walls and also they made conversation with it.

But every night they would take their Granny with them to their sleeping quarters and it was on the fifth day when a certain old man from afar of the place passed by their homesteads and he was left aghast and at the edge of sense by the smell of the decomposing corpse and the innocent ignorance of this household.

He had to perform to the best of his ability in order to convince them that their Grandmother was dead and decaying. He also told them that the smelly ardour was coming from her decaying body, so she had to be buried in order to rid them of that ardour. So, altogether with that old man they had dug her grave and buried her.

This household was convinced beyond doubt when a couple of days after the burial of their Granny that smelly ardour was no longer felt anywhere around the homesteads and then it happened that one day, not so long after this occurrence, and they were sited after a bountiful meal of boiled eggs, beans, and Sadza when one of their children had puffed. The smell was so overpowering that they were convinced and could even concur with this child that he was dead and so they had buried this young child alive.

And it happened again with another of their children and they had buried this child alive also and when all their children and the father of this household had all been buried alive and the wife was in the process of digging her own grave to bury herself alive after finding that at one time she had smelled bad. That old man who had passed by this homestead a few weeks before had come through on his way back.

He had searched around the homesteads for people but couldn’t find any and in a very high voice, he had called.

‘Where are you people of this homestead?”

The wife, amid her labouring, heard this old man and had called back.

‘We are all here, we are all dead’

Upon which the old man had gone to the graveyards which was just outside the homesteads.

Surely the whole household had died except for this woman who was meanwhile trying to bury herself alive.

A Door You May Never Be Able To Open