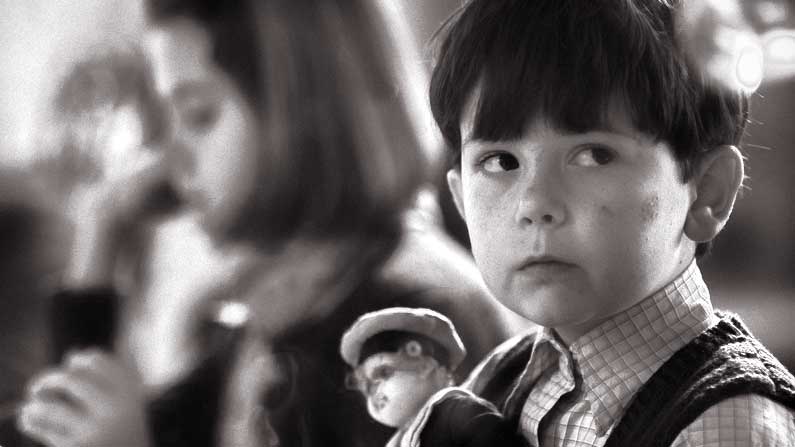 Adults can be just as scared of death as children and are often unsure what to do or say when death’s presence touches them or their children.

Children in preschool often want to know the nitty-gritty details about death. Questions such as, “Where did they go? What happens to them under the ground?” or “When will they come back?” are common.

We can answer without needing to give details and if unsure of the answer, ourselves say so. Replies such as, “They went to heaven,” if that is what you believe or “They went back to the earth.” will work, but be prepared to describe what going to heaven or back to the earth means because some kids want to know. It is also perfectly reasonable to say, “I don’t know where they went; what do you think?”

I recall a girl who was seven years old when her mother died suddenly. Her father tried to comfort her by saying, “God took Mommy to heaven to be with Him and Grandpa.” The girl became terrified that her father would be taken too and said, “If God can take Mom, what about you? Who will take care of me when God takes you?” Her father tried to assure her that it wasn’t “his time” and that he would “always be there,” but only time and her father’s consistent presence began to provide any assurance.

There was a friend of my teenage son whose father died after a long illness. I heard him telling my son that some of his relatives told him, “It’s for the best. Your father was so sick.” He said his grandfather told him he had to, “Be strong for your mother.” My son’s friend didn’t understand how losing his father could “be for the best”, and he didn’t feel “strong”, he felt helpless, overwhelmed and alone. He needed his mother and other adults to be strong for him, not the other way around.

Euphemisms and cliches about death provide little comfort and can create confusion, frustration and feelings of not being heard or taken seriously.

As a parent, relative, teacher or friend of a child who’s facing death, here’s what you can do to help:

Though there are exceptions, children under five generally do not comprehend that death is permanent. They can, however, feel the emotional atmosphere in their surroundings and respond to the reactions of significant others.

Children from age five to nine have more comprehension about the finality of death. They may see death as “real”, but not something that applies to them. Young adults, ten and older, can usually recognize the finality of death, including the probability of their own. The understanding can affect their sense of safety and security.

When asked what death means or where someone who died has gone, be true to yourself and your beliefs, but pay attention to the words you use and how they may be construed. Instead of saying “Grandpa went to sleep or is on a long trip.” I’ve heard parents say, “Grandpa died. He will not be coming back. We’ll always remember him, and he’ll always love you.”

Reassure your child that their feelings are normal and provide outlets for them through physical activity, art, music, writing, daily check-ins, and remembrance projects (baking, gardening, making a collage or memory book).

Find support and comfort for yourself in healthy ways – talk to someone you trust, join a grief group, get enough sleep, stay physically active, and write in a journal.

Let children know you are willing to share what you know and be honest about what you don’t.

LISTEN to grieving children without trying to make it better or offering advice. They, like adults, don’t always need to be “fixed” or “rescued.” What they often want most and seldom receive, is someone who will be present to whatever they are experiencing without telling them what to do or how to be.

Notify the school and teacher of a death in the family and inform them of any concerns or changes that are or will be taking place in your child’s life as a result of the loss.

What are often referred to as “secondary losses” even though they can be just as primary as having someone die, also need to be acknowledged and addressed. Some of these can include a change in caregivers, school or living environment and having to adjust to life in a different location, living with an unknown relative and making new friends and leaving others.

If you feel your child is exhibiting unusual behavior for an exceptionally long period and/or aren’t sure what is considered “unusual”, seek help from a qualified professional, such as a therapist, counselor or hospice grief/bereavement program.

There is no magic formula for grieving and healing from loss. Do the best you can. Be gentle and forgiving with yourself and those around you. Everyone grieves in their way and on their time. Including the children we love.