Have you thought this before? If someone is illiterate, does that make him or her stupid? I am here to tell you; it does not.

While helping Anastase write his biography, an important topic is his father, Abraham Gashugi. 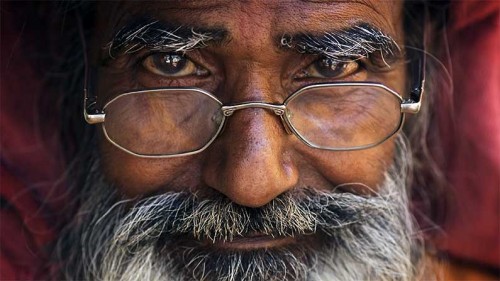 I need to take time out to explain something. Anastase’s surname was Ahorwabaye, but he took his father’s surname, when he gained his United States citizenship to honor him.

Confused? Before the Germans colonized Rwanda, people only had one name, which was supposed to match the dreams of your parents. In the end, you had a “Christian” name and a name in Kiryarwanda for a surname.

Abraham Gashugi, Anastase’s father, was born in 1925. Saying he was born in poverty, was putting it nicely. His parents died when he was young, and he and his brother had to go to a local chief and offered themselves as slaves so that they could eat. Not a good life but it beat starvation.

The point. Mr. Gashugi never learned to read and write. He remained a poor farmer. Ignorance or stupidity?

Not in this case. Lack of opportunity. What makes me admire Anastase’s Dad is what he taught Anastase. How he raised Anastase is what kept Anastase alive after the genocide and fleeing Rwanda.

Mr. Gashugi certainly did not spare the rod. He did teach some lessons about understanding human beings and the environment around them.

How did Mr. Gashugi raise Anastase then?

During school, Anastase had first to go down to get water from a river for his mother’s cooking for the day and to bring to school. I asked Anastase, “What would happen if you refused?” (The chore started when Anastase was six). He looked at me as though I were mad. He explained that there were cause and effect. No water, no cooking no water to bring to school and a beating at the end of the day.

The same was true of behaving at school and getting home from school promptly at 6 PM.

I know some of you are already muttering about child abuse. The point? Everything had a consequence. Getting home in time was no joke because it was dark. The dark brought out animals you think of in Africa, lions, hyenas, cheetahs, snakes.

Mr. Gashugi made a big point about human relations. You don’t react to violence, except to defend yourself and you work to make sure you are friends with everyone around.

A friend, who grew up in what was Rhodesia (now Zimbabwe) told me the same thing about discipline. As she put it to me. “If I gave my sons an order to do something, there was no debate, because I spotted danger.” I wrote a novel based on East African exploration. I used Hearts of Darkness, by Professor Frank McLynn as a source to learn about African exploration by Europeans. He had an entire chapter about how dangerous the animals and insects could be. Human discipline had to be tough because Africa is a tough place to live. Illiteracy does not mean stupidity. Let’s see if people in comfortable places could survive the way Anastase and Mr. Gashugi grew up and you can talk then,

I would love to have met him. I have two Masters Degrees, but I could probably learn something.