I am Woman, Hear Me Roar!

For so many years, I have laid low, kept my opinions to myself and spoken with a soft voice. ‘Don’t make waves,’ ringing in my ears.

Facing the mid-century mark, I am ready to stand on my own two feet and shout to the heavens. “No longer will I be repressed, neither in voice nor spirit. I am woman, hear me roar!“ 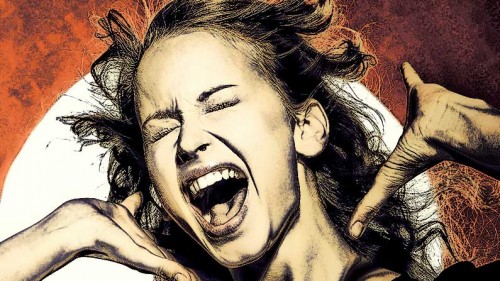 Yes, I am a woman, and I am going to speak out about women’s issues. I am not, however, willing to give up my feminine self to do it. While the politicians debate equal pay for equal jobs, glass ceilings, and abortion rights, I am going to talk about the issues at the core.

Women today have lost sight of who they actually are. They are busy juggling so many roles and trying to be what society describes as a successful woman, that they lose touch with their core selves.

For example, to be successful in the business world today, a woman is expected to move up the corporate ladder and work alongside the good old boys. There is no doubt that we have gotten much better at that than in previous years. The glass ceiling is no longer insurmountable.

Having said that, we have sacrificed many of the joys that our mothers and grandmothers experienced in order to get here. In the second Presidential Debate of 2012, Romney mentioned the need to be flexible for women in the workplace. He was referring to the many women who take time out of their days in order to bring children to the doctor, or maybe even an ill parent to the doctor. This rhetoric was not well-received by many viewers. How dare Governor Romney paint women as different in the workplace. I remember when I once felt that way. Yes, I had a boss who offered to on occasion let me leave the office early to tend to my child. Being the only woman on the management team at the time, I was offended and upset that he saw me differently than the men we worked with.

Closing in on 50, I now cherish my feminine side. I am happy to share that side of myself with the world. If given the same offer today, I would leap the opportunity to spend another hour with my son or get a head start on dinner. Sitting in a diversity training course offered by my business many years ago, a gentleman was complaining and declaring that women and men were already equal. I challenged him and asked him how many dinners he cooked each week. How many doctor’s appointments he took his children to. How many school plays or holiday parties he attended at his children’s school. I asked him what happened if he got home at 7pm vs what happened if his wife got home at 7pm.

As the times continue to push further into the 21st Century, more men are helping out at home and or with children, allowing women to spend more time in the workplace. Yes, we can grab at our chance to be successful in the workplace, but at what cost? In order to be successful, we again need to play by the rules created by men. We are expected to be hard, manage without emotion. If we speak softly, we are most often not heard. We are rewarded for being masculine. Talk about confusing times. As if that weren’t bad enough, as little girls, we are taught to.