The Painful Truth Behind Husbands Cheating

When it comes to affairs of the heart, there is no doubt that every girl dreams of landing a fairy tale ending

In most cases, women begin envisioning their weddings at very, very young ages. This can be attributed to the simple and proven fact that women, by nature, are often sentimental and idealistic.

Nowadays, however, it is has become increasingly common for a large percentage of women to discover their husbands cheating at some point in time. Sadly, recent statistics have stated that nearly half the population of men tend to be unfaithful at least once in their lifetime. 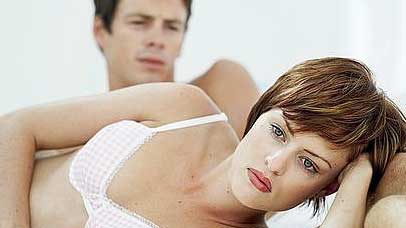 In marriages, there are many reasons behind his cheating, most of which have to do with the quality of the relationship established between the husband and wife together. We must never forget that a relationship, in fact, should celebrate the union of two committed individuals.

These individuals commit to each other and to the promise of loyalty and faithfulness because they believe in their hearts that there is no one they would rather share their lives with than each other. With that fundamental promise being made, it then becomes the duty of both parties involved to invest everything in their power to making the relationship work.

Oftentimes, the problem of infidelity arises because one of the parties feels cheated or deprived of attention, appreciation, or affection. In the case of men, in particular, infidelity often stems from a lack of physical stimulation or a desire to want to experience sexual relations with more than one partner. This is not to say, of course, that all men will go out and seek other sexual partners on an inevitable basis. It is simply important to note that men, being built with a great deal of testosterone and adrenaline, will almost always expect to keep good sexual relations with their partners, especially once the commitment to marriage has been made.

Men, by nature, are egotistic to a certain extent. As wives, we must never allow them to feel like they are being taken for granted. To a certain degree, it is part of our duty to fulfill their desires and expectations, not merely on a sexual level, but also and equally as important, on an emotional, psychological and physiological level.

The problem of husbands cheating almost always stems from the husband’s feeling that the love and affection (both physical and emotional) have died down in the stages following the marriage. Often, wives get caught up in what they believe comes with the territory of being married – paying bills, doing chores, attending to the children, and the like.

While it is wonderful for women to be able to multi-task as they often do, women should never allow themselves to get so carried away that they forget to tend to the needs and desires of their husbands.

The foundation of every good relationship lies in good communication, respect, trust, and balance in all things. Should a wife get so tangled up that she neglects to maintain these things, the likelihood of her husband’s cheating will no doubt increase over time?
What we mentioned above are just a few of the husbands cheating signs. If you suspect that your husband is cheating on you, you may want to look out for those signs.