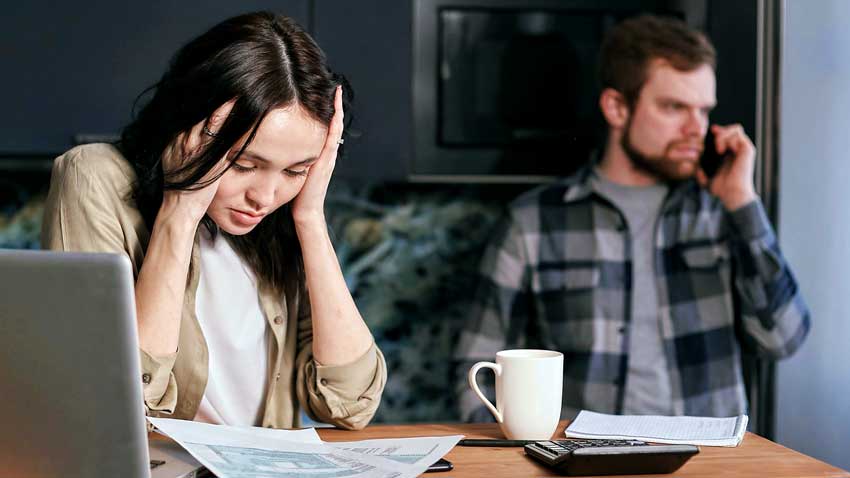 Debt Can Affect Your Mental Health

There are many stress reasons, but we don’t often think about this one. Debt causes a financial strain that could lead to stress.

The Relationship Between Debt and Mental Health

In recent years, the rate of personal consumer debt has increased sharply in America and other developed countries. It’s now easier for people to get into debt because the credit market has grown, offering many opportunities for individuals to borrow. According to a survey conducted in 2017 by the American Psychological Association, money ranked second among top stressors for Americans.

One’s financial well-being is a great indicator of their mental wellness. Knowing how to repay debt can save you from an imminent mental breakdown. There’s a close relationship between your financial and mental health. However, there’s still a lack of knowledge about how one’s finances can affect mental health and overall wellbeing. When you think about high levels of debt and other financial obligations, the level of stress rises inevitably. Here is a preview showing how debt is connected to mental health.

The relationship between finances and people’s mental health is well documented. Failing to repay debt can significantly increase depressive symptoms. People under the poverty line are almost twice more likely to go through depression than those living above the poverty line. This is attributed to the reduced quality of life and the psychological distress that comes with the agreement to repay a debt.

In addition, indebtedness is linked with anxiety and lower scores on the GHQ-12 indicator for mental health. It shows the greater your debt burden, the greater the psychological distress you will go through. People who fell into bankruptcy or foreclosure went through the greatest extent of mental distress.

Your Type of Debt Matters

The legal promise to repay a debt is called a promissory note. If your debt includes a promise to clear the entire amount by a certain date, it can affect your mental health if you don’t have a consistent source of income. The type of debt you took can determine your experience or the extent to which your mental health is affected.

Debt can be listed in three categories, including:

This highlights the recent trend of spending for families, outpacing the rate of their income growth. When a debt is paid in full, you can refocus and work on things that help you improve your life. On the other hand, debt resulting from traumatic events or out of need instead of investments is stress-inducing. This is relevant considering the many families forced into borrowing to respond to financial fallout, especially during a crisis.

If you’re deep in debt, you might be among people searching for “what is it called when a debt is forgiven.” At this level, one’s debt is so much it could trigger suicidal thoughts. Suicide is a feared outcome of depression. In a study, it was shown debt played a contributing role in up to 11% of men who went through suicidal behavior. For some debtors, experiencing a sense of hopelessness connects them to suicidal thoughts.

If you’re going through a difficult time and have suicidal thoughts, you should contact the National Suicide Prevention Lifeline for assistance from a professional counselor.

Debt Can Change How You Parent

Do you know what repaying a debt means? First, it means protecting your children against your mental breakdown. Recently, social scientists explored how debt affects child-rearing and the well-being of children. Findings from the study are bleak as it appears debt-related stress makes parents preoccupied. As a result, they increase their work hours to make enough to honor the debt obligation. Unfortunately, this means parents spend less time and give less attention to their kids.

Economic hardship causes poor parental health and can trigger harsher parenting, lowering quality parent-child relationships. Eventually, this leads to a compromised socio-emotional development of the child. Family debt leads to behavioral problems as parents cannot commit to raising their children as needed. Besides, those with increased debt have a higher risk of hypertension and chronic diseases.

Physical health problems can also mean the parents lose the capacity to fully care for their children as they also need to address their own health problems.

For many households, spending has increased exponentially while wages have remained stagnant. Borrowing seems like the way out for most of these families, but taking on too much debt comes with severe consequences, including effects on one’s mental health.
How do you ensure your debt obligations remain at manageable levels? Leave a comment below.

Jade is a financial analyst and has been involved in many successful business projects with a range of companies throughout the country. She started writing 3 years ago and enjoys researching, discussing, and writing on the topics of finances, budgeting, money advice, fast payday loans, lifestyle and wellness. Jade loves to spend time with her family and has a lot of hobbies including hiking, riding a bike, cooking, and traveling.