I left Germany, my home country for Ireland, not exactly out of my own volition. For years, it was considered our permanent home. Eventually, I had the courage to lift what was virtually a life-sentence and set myself free.

I have been feeling uprooted since our emigration. Even now from my American viewpoint, I still regard it as my home country. The following was written after my stint in Ireland. It’s no surprise that these thoughts resurface whenever I go back “home”.

“What is home anyway,” I pondered. This concept, grounded for me in the German word Heimat, cannot be translated into one English word. Is it the place where you were born, where your cradle was, where you grew up, went to school, etc., or where you settled as an adult and had a family? Home is where your heart is, I hear people say. Wherever it may be, it gives you a sense of belonging. But what if you don’t have a home anymore in the broader sense of Heimat? By that, I don’t mean just a roof over your head and your family. I mean from the stand point of refugees who have to leave their country for whatever reason and settle in elsewhere. And reluctant expatriates like me. 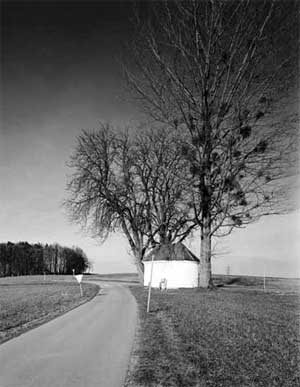 I never really felt at home in Ireland during my married years, even though we eventually turned the farmhouse into a nice homestead. I first lost my sense of belonging after leaving my geographical and cultural roots. I lost more of it leaving my married life.

For three years I saw myself developing new roots with an Irishman and his family in Ireland, and I started to like the country. I was again displaced when he gave me the boot. First, to be with the man you love in a country you don’t like. Then start to like the country by loving a man who turns out to be not your man or your love after all.
Since then, I have felt exiled more than ever. It was not Germany that I missed. Whenever I went back to my native country during those years, I had felt like a stranger there, too. We had left in 1990 just when Reunification came about. That new political landscape caused overall changes in society in my view, more than other people seemed to notice. Or maybe visiting once or twice a year made me a keener observer and sharpened my sense of awareness.

I didn’t even feel particularly German. True, we spoke German at home, and I had put great emphasis on keeping up the language with our kids otherwise immersed outside in a sea of English speaking neighbors, friends, influences at school, on TV, etc.

My friends, not just the Irish ones, but also American lady friends, were forever telling me that I was so bloody German, because I am a meticulous person and worry over things which seem trivial to them: like being on time. These are cultural hand-me-downs I can’t deny and find difficult to shake off. My father brought me up that way, to do things right, or not bother at all. He taught me that a train in Germany leaves at 8 o’clock when the timetable says so and not 8.03, and certainly not just because I’m not on the platform yet.

The way my friends pointed it out to me had often felt like a finger jabbed into an open wound – to be so stereotyped when you feel the same as everyone else about the Nazis. “You are so effing German, you can’t flipping relax.” Or was that wrong, was it rather my own nature, being a perfectionist, which didn’t let me blend in? This being perceived as semi-robotic often hurt me over the years.

In contrast to Irish, English, or American people, I have no great sense of patriotism. As a post-war German, you are not brought up to be proud of your nationality and country or its achievements, even though they exist. As a German, even 60 years after the war, you still tread carefully when mentioning your nationality, depending on what country you’re in. You know people have a reason to hold bad associations that you really can’t fault.

It’s not surprising to you when your kids are called Nazis or Hitler in school, starting very early. This happened while we were still living down the country. At the same time, some Irish people bestowed their admiration on us Germans, some venting nonsense like, “Germany is a great country, because the Kaiser sent us weapons to fight against the Brits.” − Even generations and decades after the First World War.

The Brits still made me uncomfortable when they talked about the Blitz. A lot of Dutch still hate us for having invaded and occupied their country. And the Americans still have memories of their patriotic liberation of Europe from the Krauts or Huns (that’s us they think). The Irish are extremely proud of their Irish identity; Americans love this great country of theirs; and the Brits – just like the Americans – have a tremendous sense of national pride in spite of some unsavory moments in their own history. But let’s not go there.

For many years now, I have felt more like a citizen of the world without pin-pointing my nationality. Often when abroad and asked where I was from, I just said Ireland.
And this is probably why my quest for a new partner included the search for a new sense of belonging. My flexibility on the location indicated that the bond between that other person and me would carry more weight than latitude or locality.

And yet, do you pine more for your lost Heimat when you get older? I’m starting to wonder. Or is it actually youth one longs for when wanting to go back to a place in one’s past that felt like home?