Historic Erotica For You and For Me 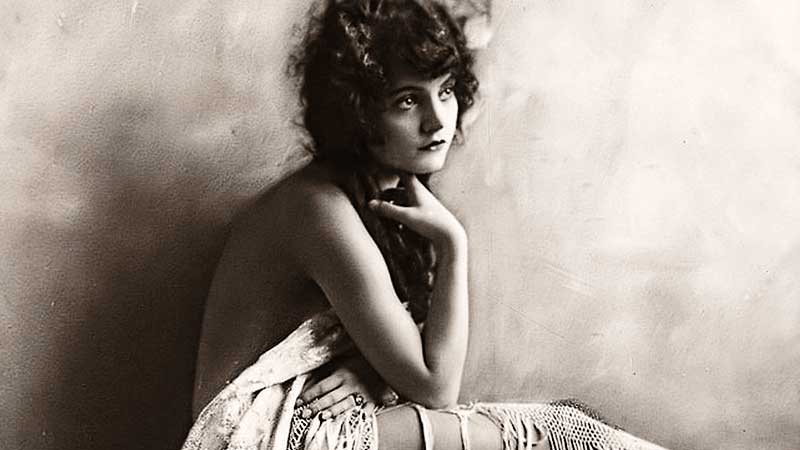 In 1801, Napoleon ordered the arrest and imprisonment of the anonymous author of Justine, and Fanny Hill was one of the most prosecuted and banned books in history. Here are some of my favorites, if for no other reason than their famous or perhaps infamous sordid pasts.

1) The Delta of Venus

In Delta of Venus Anaïs Nin penned a lush, magical world where the characters of her imagination possess the most universal of desires and exceptional of talents. Among these provocative stories, a Hungarian adventurer seduces wealthy women then vanishes with their money; a veiled woman selects strangers from a chic restaurant for private trysts, and a Parisian hatmaker named Mathilde leaves her husband for the opium dens of Peru.

2) Beatrice by that well-known author Anonymous

3) The Sins of the Cities of the Plain

The Sins of the Cities of the Plain

; or, The Recollections of a Mary-Ann, with Short Essays on Sodomy and Tribadism is a pornographic book written anonymously under the pseudonym “Jack Saul”, one of the first exclusively homosexual pieces of pornographic literature ever written in English. It was first published in 1881 by William Lazenby who printed 250 copies: a further edition was produced by Leonard Smithers in 1902.

It has been suggested that it was largely written by James Campbell Reddie and the painter Simeon Solomon, who had been convicted of public indecency in 1873 and disgraced. Set in the form of a series of confessional essays, it tells the tales of Jack Saul, a young rent boy or “Mary-Ann”.

The framing story concerns a man who dreams of speaking to Venus about love while she wears furs. The unnamed narrator tells his dreams to a friend, Severin, who tells him how to break him of his fascination with cruel women by reading a manuscript, Memoirs of a Suprasensual Man.

Lady Chatterley’s Lover is a novel by D. H. Lawrence, first published in 1928. The first edition was printed in Florence, Italy; it could not be published openly in the United Kingdom until 1960. A private edition was issued by Inky Stephensen’s Mandrake Press in 1929.

The book soon became notorious for its story of the physical relationship between a working-class man and an aristocratic woman, its explicit descriptions of sex, and its use of (at the time) unprintable words.

In 1801 Napoleon Bonaparte ordered the arrest of the anonymous author of Justine and Juliette. Sade was arrested at his publisher’s office and imprisoned without trial; first in the Sainte-Pélagie prison and, following allegations that he had tried to seduce young fellow prisoners there, in the harsh fortress of Bicêtre.

8) Story of the Eye, Georges Bataille

A novella written by Georges Bataille and published in 1928 that details the increasingly bizarre sexual perversions of a pair of teenage lovers. It is narrated by the young man looking back on his exploits. It takes its title from an eye which the narrator extracts from the socket of one of his victims, and which is then used as a sexual fetish.

The Debauched Hospodar is the tale of Prince Vibescu, Romanian decadent, who travels ’round with Culculine and Alexine, indulging in many adventures, each more impossible than the last, and includes any number of impossible scenes, like one with a Chinese boy that foreshadows Naked Lunch.

A mother and her three daughters share their inexhaustible sexual favors between the same young man, each other, and anyone else who enters their web of depravity. From a chance encounter on the stairway with a voluptuous young girl, the narrator is drawn to become the plaything of four rapacious females, experiencing them all in various combinations of increasingly wild debauchery, until they one day vanish as mysteriously as they had appeared.

To mark the centenary of Aubrey Beardsley’s death in 1898, the Cypher Press issued this limited-edition volume containing of all of Beardsley’s mature published writings, reunited for the first time ever with all the relevant illustrations, together with the lion’s share of his “juvenilia” which, though sometimes lacking the intensity of his later work, is never without charm, and sometimes has real interest.

Teleny, or, The Reverse of the Medal, is a pornographic novel, first published in London in 1893. The authorship of the work is unknown. There is a general consensus that it was an ensemble effort, but it has often been attributed to Oscar Wilde though there is no reliable evidence to support this theory.

Set in fin-de-siècle Paris, its concerns are the magnetic attraction and passionate though ultimately tragic affair between a young Frenchman named Camille de Grieux and the Hungarian pianist René Teleny.

The novel is significant as one of the earliest pieces of English-language pornography to explicitly and near-exclusively concern homosexuality (following The Sins of the Cities of the Plain, published in 1881); as well as for a lush and literate, though variable prose style – and a relative complexity and depth of character and plot development – that give it as much in common with the Aesthetic fiction of the period as with its typical pornography.