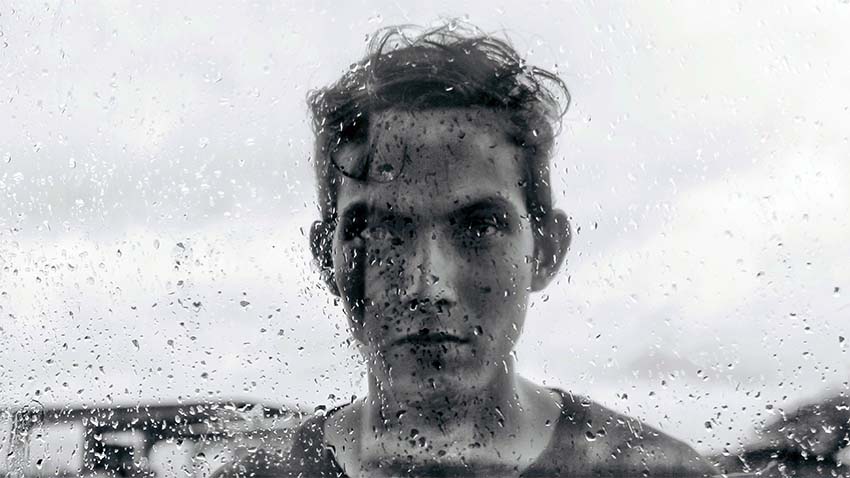 For the first time in almost seven years, I was alone after sending my husband off to work and both my children off to school.  My only company was the rain, rain, and more rain and of course my companion and commencement friend the liquid of the grape.

The apartment in Vallejo, California was quite spacious with a 14 x 14 living room backed by an equal size kitchen.  The upstairs area was divided into four rooms. The bath is the smallest, with two smaller bedrooms and a master bedroom. The smaller rooms overlooking the grass medium between the apartment buildings, and the master bedroom over the living room faced the grammar school our sons attended.

During the first year of our almost four-year stay in Vallejo, depression was a constant companion.

I had been a sickly baby born with rickets, a touch of polio at six months leaving my left leg weaker, and several years with earaches, with a hospital stay at the age of eighteen months.

By the time I was school age, I was strong enough to endure several bouts of German measles, being told they this type of measles usually only occurred once, and a bout of regular measles along with a bout of mumps.

I was healthy with few colds or flu into my teens and at seventeen had my first cavity.  Soon after, I had a massive attack of hives, along with a kidney infection.  Thinking I had mononucleosis, I was segregated into a private area which had been a floor’s waiting room at the local hospital. My first allergen, aspirin, was discovered.

My next medical crisis was at nineteen when I walked along the beach for a six-mile-long, three-mile turn around along Dune Road in Westhampton Beach with my newly-wed husband.  Fair of skin, I had sunburned but did not know until the next day when I collapsed at work and was taken in an ambulance to the hospital, I had sun poisoning.  I lie in bed for over a week covered with vaseline making it bearable. The sheets were the first casualty of our marriage.

I had one more major hospital stay at the age of twenty-four with a full-body coverage of hives which had also attacked all my vital organs and the doctor told me I was an hour away from death, the only internal organ left barely functioning was my heart. This attack of hives was caused by a derivative of penicillin for an ear infection. My first reaction to a medicine that had been used on me in the past with only helpful results.

Through the medical valleys when there were many but relatively minor occurrences of hive attacks off and on from my late teen years, I never had depression.  My body might fail me but my mind remained active and happy, until now at age twenty-eight.

I had felt that it was a long, long time when in essence it was but a few months of my indulging in continual drinking and depression.  I woke in the middle of the night throwing up blood, with a high temperature, and covered in hives.

I was admitted to the hospital at the Air Force Base where my husband was given little hope of my recovery as they were unable to lower my body temperature from 106 and there was a danger of brain injury if I survived.  In addition to the urticaria, I had a pelvic infection and pneumonia.

My bed was outfitted with a mattress of ice.  I had vitals taken every twenty minutes and blood drawn every four hours. My temperature did not come down until a week later when it went into the 105 range; it fell downward in small increments over the following two weeks to nearly normal at the three-week stay on the terminal ward where I remained for almost another week.

During this stay, I talked to my roommates who spent a day or two before each of them were claimed in the night to their spiritual life.

Open Letter to My First Born