It was quite bright and tranquil the day it began, snow lazily falling and blanketing the world in a soft downy blanket of fluff, drawing a white curtain over all the ugliness of the world.

However, there was a dark storm brewing somewhere, deep within the breast of one soul.  For some reason, he came out only with the falling snow, his catalyst, harbinger of unpleasant memories and dark urges.  Otherwise, he hid away in his quaint little home, safe, a victim of agoraphobia, living life unseen. 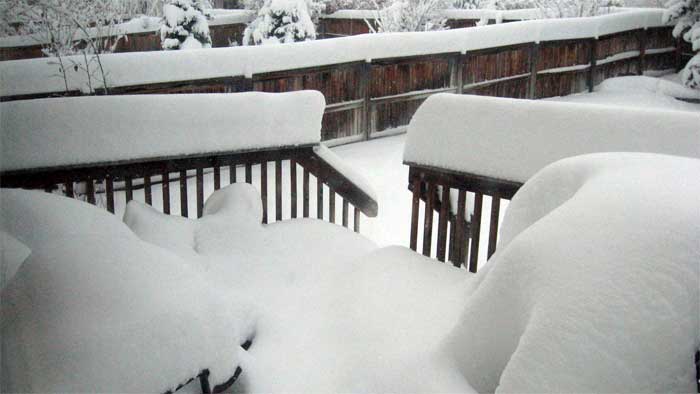 To everyone else, it was a day as any other day, Saturday, and only days before Christmas.  The muffled scrape of shovels clearing driveways and sidewalks did not so much echo in the air as it seemed to be carried on the wings of the very snowflakes themselves as they slowly drifted down.  Other sounds hung in the air too; distant sleds bounding across the fields, the sudden grinding of a snow blower rattling like a lumbering abominable chainsaw, and the shlish and scream of children tobogganing down a hill somewhere.  Somewhere a dog barked.

To one man it was a very different day.  He paced restlessly, pulling at his hair, rearranging his safe little nest in agitation.  It was coming, the memories, and the urge, unstoppable.  Today he would leave his quaint little house.

One boy played alone, trying to build a fort in the white downy fluff.  He kicked at the fluff in exasperation, unable to make it stick together to form walls.  When next his mother looked out the window, the boy would be gone.

Ted’s slash of a mouth was frozen in a wide grin, eyes sparkling maniacally.  A giggle bubbled up like the bright red blood of the boy.  Red oozed warmly down, creating a gentle uprising mist as it soaked down into the pristine white snow.

A scream bounced from snowflake to snowflake.  It did not sound right.  It was not the fun filled happy shriek of a tobogganing child.  It was shrill and desperate, torn violently from the throat, frantic and terrible.  No one noticed the scream, so lost were they all in their own activities, in their own private little lives of their own little worlds within this winter wonderland.

The dogs heard it.  All around the little town, dogs barked and howled.

It would snow again.  Soon.  And so, too, would Ted come again out to play.

The air tasted crisp on his tongue, so intense was the cold.  It bit at his fingers and toes within their protected confines.  His nose stung and his lungs burned with each inhalation of chill air.  Wincing, he rubbed his hands together, blowing into his cupped fingers, trying to warm them.

The cool light of the moon seemed colder, more distant, shining with an ethereal pale light wrapped in ghostly light circles as its light refracted off the invisible frozen air crystals hanging suspended in the atmosphere enveloping the earth.  The stars, their light much dimmer, tried feebly to point their little beacon lights to the ground below, like a distant warning.

Ted looked up at the sky, the clouds rolling in, drawing a shroud across the sky, shutting off the moon’s pale light.  The snow had started to fall again.  Barely at first, scattered tiny flakes drifted down, growing bigger and thicker, multiplying in number, and turning into a dreamy soft down gently touching every surface.  With the snow came the memories.  He winced as the memories crashed through his head like a multi-multi-car up, unstoppable, uncontrollable, a shrieking dance of mental chaos.  Next came the urge, insistent, insatiable, and unstoppable.  He had to fix it.

This time there was no scream bouncing off the gently falling snow, just a wet sort of gurgle, low and quiet, and the pristine white virgin snow slowly turning bright red beneath the pale night light of the moon.  This time even the dogs did not notice and the people mostly slept, safe in their own little lives and oblivious to the other little lives all around.  All except one man who did not sleep, but now slumbered forever.

The dog came first.  It stopped, snuffling deeper, nose digging down, snorting into the snow.  Ted’s heart raced, eyes dilating, and nostrils flaring as he watched the dog.  The dog had found ‘the spot’.  He was about to act when the dog startled with a yip, turned tail and ran away, its trail following like a shadow.  The snow in the hole dug by the dog’s questing nose was stained crimson.  Like a soft sigh, snow continued to fall.  He followed the dog; he had to fix it.

People moved about, safely cocooned in their private little lives, each doing their own thing and oblivious to the lives around.

The woman walked with some difficulty through the snow along the edge of the trees where the snow was less deep.  Every now and then she cupped her hands to each side of her mouth and called.  She was looking for the family dog that had escaped off the rope tethering the animal safely in the yard.  She came across the tracks in the snow, thought for a moment and decided to follow the track into the woods.

He watched as the woman found what was left of the dog.  He could almost hear her heart pounding faster, feel the constriction of her chest, and see through her eyes widened in horror.  The snow continued to fall in a lazy downy rain.

He pounced on the woman.  Soon a crimson stain slowly began to spread across the pristine snow

It was not about killing; he just had to fix it.

IFWG Publishing Sep 14, 2012 2
A writer should understand to a point of second nature that writing a piece of fiction is the art of simulating…
Publishing