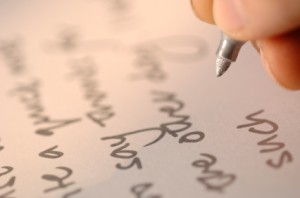 Write me a letter.
The letter in which you could tell me
The things you haven’t told me for time was running out …
The letter I’d been waiting for several decades in the borrowed dreams, in the borrowed and rented mornings in the empty rooms without letterboxes …

Write me a letter.
I’ve been reading your silence long enough
Illiterate silence
With invisible but sharp syllables hung onto that rusty nail which someone had put carefully in an envelope for me by mistake …
… there are no mistakes in this mellow yet indifferent universe …

If I were to write you a letter I would write only one line
I miss your hands!
I miss your hands with countless fingers
Which touched my skin like
Countless raindrops from the sky in times when I believed that the sky cared for us.

It didn’t!
I imagined I dreamed, I asked the sky…
But, you and the sky remained silent, indifferent, almost non-existent…
I wondered:
If you ever wanted to write me a letter
What would you say?